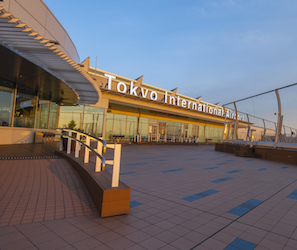 US Airlines Fight To Secure The Best Haneda Slots

All four U.S. carriers flying directly between the U.S. and Haneda are pushing hard for the six new Haneda slots up for grabs.

The fight for direct connections follows a February agreement between Japan and the U.S. to reassign the four current nighttime slots to openings earlier in the day and open up two new direct flights.

That all four carriers have to start fresh applying for every route came as quite a surprise. David Berg of Airlines for America, the U.S. airline industry trade group, wrote to U.S. Transportation Deputy Assistant Secretary Susan McDermott:

“This action is particularly surprising because it was never mentioned as a possibility during the course of the many conversations between U.S. carriers and U.S. government representatives during the recent negotiations with the Government of Japan.”

During negotiations, it was assumed that each airline would have its current route rolled into a daytime slot, and they would all duke it out for the fifth daytime slot and the new redeye opening.

The U.S. Department of Transportation closed submissions for the new routes on April 21 and posted them Monday 25 for public consultation.

Unsurprisingly, each carrier reapplied for its current routes, but there are also several new applications.

What Would Motivate The DOT To Change The Routes?

Of the four current daily flights, the only one I can see the Department of Transportation changing is bumping either Delta or American off the Haneda-LA route.

All four airlines already have established services out of Narita, so for the DOT, this is not about having a larger trans-pacific capacity. Rather it's the ability to connect non-stop flights closer to central Tokyo and the far greater number of domestic connections Haneda offers.

And that could play into the hands of American Airlines on the LA route, as with Deltas lack of Japanese partner airlines; it may make more sense to see them connecting through Narita.

What Would Be Best For U.S. Flyers?

The ideal outcome for the Haneda slots would be to spread the routes throughout the US's transport hubs. With Narita only an hour away from Tokyo acting as Japan's international hub, reaching the new daytime Haneda slots into U.S. connecting hubs like New York and Atlanta makes a lot of sense.

Hawaiian keeping its original slot and snagging a second would be a good outcome for the tourist market with the large number of domestic connections from Haneda and easy access to Tokyo.

If the Haneda-LA route loses one of its daily flights, Deltas headquarters in Atlanta would open up great connections on the U.S. end and serve as Eastern Interior hub.

All said and done; this decision will be fought out between the lobbyists and lawyers in backroom battles in Washington. The best we can hope for is an honest politician looking out for our interest as flyers and some grand opening specials on the new routes later this year.

5 / 5 ( 2 votes )
Share this:
AwardWallet Tip of The Day
Did you know that accounts which have been changed in the last 24 hours have an indicator (to the left of the account) showing that an update has occurred? This way you can easily spot any accounts that have been recently updated. Show me how