However, unlike other Mileage Plan partners, Alaska's award chart for El Al flights isn't straightforward. We are finding different redemption rates depending on what route and date you fly. Here's what we know so far about this brand-new Mileage Plan redemption option.

In some ways, today's developments are long overdue. Alaska and El Al originally launched a new mileage partnership in May 2019. Since July 1, 2019, travelers have been able to earn Alaska Mileage Plan miles on El Al flights — and earn El Al Matmid miles on Alaska flights.

Mileage Plan earning rates vary from 25% of flight miles for the cheapest El Al economy flights up to 300% of miles flown in the most-expensive El Al business class fares. 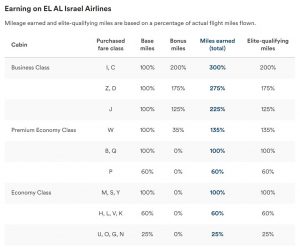 At the time this mileage partnership was announced, Alaska teased that travelers would be able to redeem El Al Matmid miles on Alaska flights “in the future.” However, there was no indication that El Al awards would be available through Mileage Plan… until they were added today. 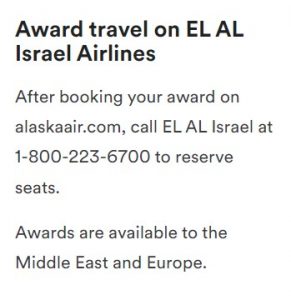 Unlike its other airline partners, Alaska Mileage Plan hasn't published rates for El Al awards. That leaves us to hunt and peck for awards to piece together an award chart. And the results show that there isn't a single award chart. Instead, Mileage Plan award rates vary depending on the route and even dates.

For example, the route from Boston to Tel Aviv prices at the following rates in January-February 2023:

However, by August 2023, Alaska raises its award rates on El Al awards to: 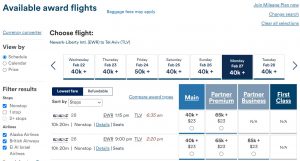 However, by October 2023, award rates increase to: 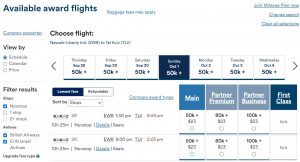 Meanwhile, awards from Miami to Tel Aviv start at 42,500 miles each way:

Then, by October 2023, award increase to familiar rates:

Comparison to Other Award Rates

These Alaska Mileage Plan award rates on El Al aren't very compelling — especially considering how hard it is to accumulate Mileage Plan miles. With that said, these rates are competitive with the few other options for booking El Al awards.

Qantas Frequent Flyer may offer better award rates on El Al flights between the U.S. and Tel Aviv. For example, you can fly from Newark to Tel Aviv for:

The advantage of booking through Qantas Frequent Flyer instead of Alaska Mileage Plan is the ease of accumulating Qantas points. You can transfer points to Qantas from the following programs:

How to Find the Best Redemption Option

Alaska mileage redemptions on El Al already show up on our favorite award search tool: Point.me. That means you can use Point.me to search for award availability on your dates and see live award availability — not just through Mileage Plan, but with dozens of mileage programs.

In addition to showing you live award availability, Point.me walks you through the process of transferring points from bank programs and actually redeeming miles to book your award. 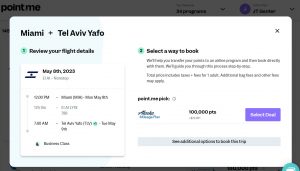 If you're new to Point.me, enroll using code AWARDWALLET to get your first month for just $1: 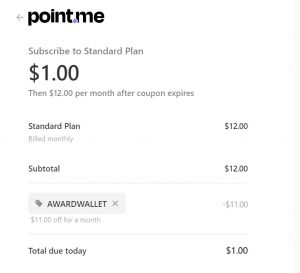 Since September 2021, Alaska has now added award redemptions on 10 partners. Most of these new redemption options stem from Alaska joining the Oneworld alliance in March 2021. However, now that Alaska Airlines finished adding redemptions on its new Oneworld partners, it seems to be turning to add non-alliance partners.

Here are all of Alaska's recent partner additions:

That's an incredible pace of two new partners every three months! We aren't aware of any other airline mileage program that's adding partners as quickly — although Aeroplan still holds the prize as the most-partnered mileage program.

While those are some steep award redemption rates, they are competitive with the limited other redemption options for El Al awards. If you're short on Alaska Mileage Plan miles, check redemption rates through Qantas Frequent Flyer — whose miles are much easier to accumulate.