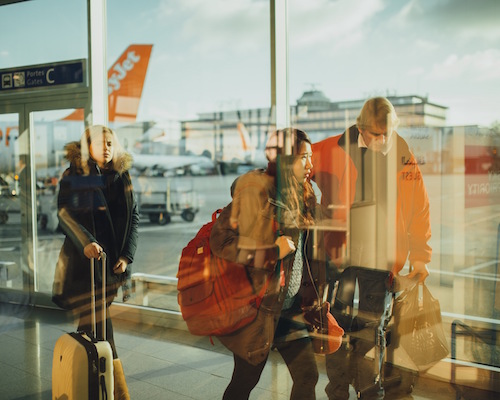 With airport security lines invariably long, anything that makes it easier and simpler is welcome. One of the options currently available is TSA Precheck. The system allows travelers who have been vetted to breeze through security relatively quickly. One of the challenges with Precheck was that the airline you were flying had to be a member of Precheck as well as you holding Elite status with the airline.

In 2013 this was changed, and it was opened to all US citizens to apply. On January 26, 2017, TSA announced that it would be expanding its airline partnership by 50% and signing up another 11 airlines to its Precheck Program.

After this expansion, the number of TSA participating airlines will increase to 30 and will include some foreign carriers as well (now 54 airlines). The new airlines that have joined the program are Aruba Airlines, Avianca, Boutique Airlines, Emirates, Key Lime Air, Miami Air International, Xtra Airways, Sunwing, Virgin Atlantic, Spirit Airlines, and Southern Airways Express.

Huban Gowadia, TSA’s Acting Administrator, stated that “Partnering with 11 additional airlines to offer TSA PreCheck will significantly increase our trusted traveler population, and reflects our commitment to implement the most effective aviation security.”

TSA has not announced any other changes, and the service continues to be offered at 180 airports around the US and membership still costs $85 per year. Remember, if you pick up Global Entry, you'll get TSA Pre✓ for free.

The addition of airlines supporting Precheck is excellent. The security screening process is a drag regardless of who is traveling — hopefully, the TSA will acknowledge the additional travelers and have expanded hours and additional Precheck lines available to keep up with the demand.

11 Additional Airlines Joining TSA Precheck
4.3 (85.71%) 7 votes
Share this:
AwardWallet Tip of The Day
Did you know that for each airline within one of the global alliances you can view the balances across all carriers in this alliance? Click the alliance icon in the list of accounts next to any airline in an alliance to see the details. Show me how