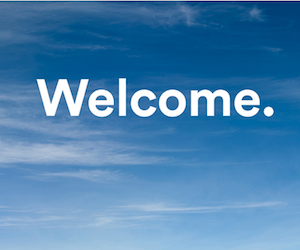 Alaska Airlines has unveiled new mileage earning charts for partner American Airlines' reflecting the AAdvantage move to a revenue-based earning model. We wrote a full summary of the significant changes announced for American Airlines AAdvantage Rewards program last week but as a quick recap, American will move to a revenue-based loyalty program on August 1, meaning the amount of miles earned per flight is based on the cost of the ticket instead of the distance flown.

Beginning Aug. 1, 2016, Alaska Airlines Mileage Plan members will accrue miles at a new rate when they fly on American Airlines flights. As the AAdvantage program shifts to a revenue-based loyalty program, accruals on American for Alaska frequent fliers will change to better match American’s new program. The miles a flier accrues will be calculated using a combination of the percentage of distance flown and fare class. This means some fares will earn more or fewer miles than before.

Like most frequent fliers following the news, deep down I knew this was likely to happen, but secretly, I was hoping for a loophole somewhere. However, it looks like we are all flat out of luck as Alaska has announced changes in how miles awarded takes effect for all travel on American Airlines starting August 1, 2016.

Alaska clarifies that last point on a page dedicated to the changes.

Regardless of the purchase date, American Airlines tickets with travel dates on or after Aug. 1 will earn miles using the new structure.

As a MileagePlan Member flying on American Airlines before August 1, you will receive 100% of the miles flown in economy class, 125% in business class, and 150% in first class. It is one of the most simple miles allocations in the game, and you can count all miles towards your MVP status.

Earning Alaska MileagePlan Miles On or After August 1, 2016

On August 1 as AAdvantage enters its new revenue-based earning era, the number of miles earned by Alaska Air's MileagePlan members on American Airlines flights will also change. Miles allocation will depend on the fare class of the ticket within the cabin booked. 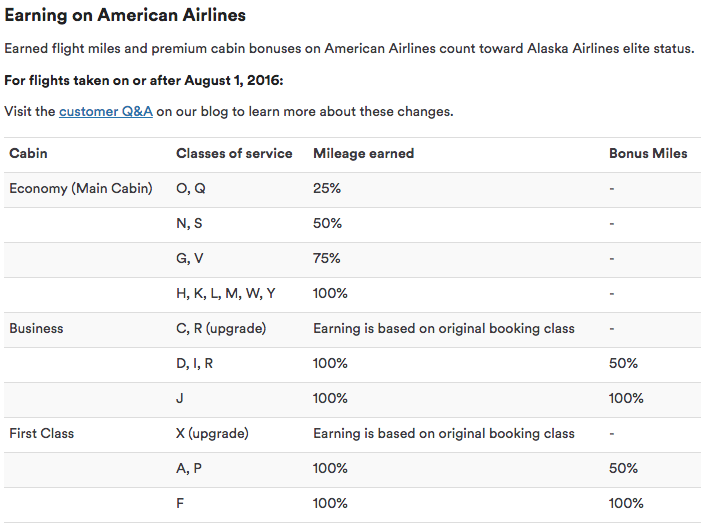 How Will The Change Impact MileagePlan Members?

On the whole, it looks like fewer miles overall, and as expected, the damage leans heaviest on the lowest fare classes. There is some good new for first and business class fliers as they will either receive roughly the same or in the case of full fare premium cabin tickets (J or F), earn substantially more.

Alaska supplied the examples below to illustrate how the changes will affect differing fare classes.

It's good to see that Alaska will retain the 500-mile minimum in place for those shorter hops across between cities.

Although it was to be expected given American's move away from distance-based earning, it doesn't mean we have to like it.

There is, however, one solid-gold lining to come out of all the communications from Alaska over the previous 24 hours, and that is the continued and public reassurance that MileagePlan will remain a distance based loyalty program well into the future.

How will Alaska's new mileage-earning rates on American effect you? Let us know in the comments.

5 / 5 ( 1 vote )
Share this:
AwardWallet Tip of The Day
If you choose to store all of your passwords locally on your device, instead of storing them in our secure database, you can, and should, periodically back them up into a file. In the event that you delete your cookies, these passwords would be deleted, and with a proper backup you'd be able to safely restore from that backup file. Show me how