Going forward, all AA-operated Premium Economy tickets will now include two free checked bags. Also, AA has announced a new fare option for travelers to Asia and Oceania called “Basic Economy Plus Bag”. Lastly, all long-haul international Main Cabin tickets will now include one free checked bag. Unfortunately, the last two aren't quite the improvements that AA has framed them to be.

If you're wondering how this differs from the airline's old policy, it comes down to previous exclusions. Before February 23, 2021, Premium Economy tickets to Hawaii or Alaska only received one checked bag per passenger. Now, these routes also get two free bags.

This is the one aspect of AA's announcement that I think actually does make things more “consistent and transparent”. Just keep in mind that this only applies to routes where AA is offering a true Premium Economy product. Also, any Hawaii/Alaska Premium Economy tickets booked on or before February 22, 2021 will still incur a $40 fee for the second bag.

American Airlines will now offer a new Basic Economy fare option for customers traveling to Asia and Oceania. It's called “Basic Economy Plus Bag”, and it supposedly provides the “low price of a non-changeable fare with a free checked bag”.

Don't let the marketing speak fool you. This is not a positive move for anyone.

What this announcement really entails is that AA will begin offering Basic Economy tickets on routes where Main Cabin was previously the lowest fare category. Now, AA customers can experience the excitement of flying Basic Economy (with reduced benefits and flexibility) on some of AA's longest segments—including flights to Australia, East Asia, and India. Oh, joy!

The reason I'm so sardonic about AA's new “Basic Economy Plus Bag” fare is the evidence that Basic Economy simply doesn't deliver what airlines promise. Every airline that has introduced a “Basic Economy” fare since the advent of the trend promised the ability to trade benefits and flexibility for lower fares.

But what did they deliver? Lowered benefits and flexibility for the same fares. Airlines use this tactic to effectively charge customers more money for the same level of previously standard service. 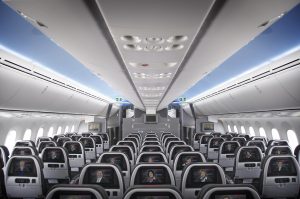 I've saved the worst for last. From now on, all Main Cabin tickets on long-haul international routes will receive one free checked bag.

If you're not familiar with AA's baggage policies, this probably sounds like an improvement. Unfortunately, this is not an improvement. This is a marked downgrade. Before February 23, 2021, Main Cabin tickets on certain long-haul international routes received two free checked bags—including flights to/from:

Even worse, the new fee for the second checked bag now matches the highest that AA charges for any route: 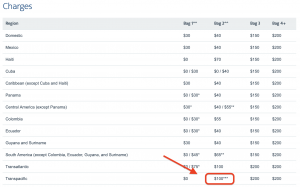 American Airlines announced several updates to its checked bag policy, plus added a new “Basic Economy Plus Bag” fare class for Asia and Oceania travelers. Aside from the standardization of Premium Economy receiving two free checked bags, I'm not a fan of these developments.

First, nobody in their right mind wants to fly Basic Economy on a transpacific flight. History shows us that fare prices won't decrease with the introduction of this lower fare class. Instead, AA travelers will now be forced to pay an ‘upcharge' to receive the same service that was previously standard.

Second, even if you do pay the upcharge for a Main Cabin ticket on these routes, you'll now only receive one free checked bag instead of two. This announcement is simply a downgrade written as if it were an upgrade.

Third, the introduction of any Basic Economy fare is bad news for travelers chasing AAdvantage elite status. Before, members could book the cheapest fare for a given flight and earn Elite Qualifying Dollars, Miles, and Segments as normal. Now, they'll have to pay more to get them since Basic Economy fares no longer earn any elite-qualifying credits.

Overall, AA's efforts to make its bag policy more “consistent and transparent” has, in reality, made it even more convoluted and confusing.

What do you think of American Airlines' new bag policies?