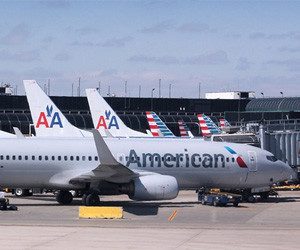 American Confirms New Economy Classes On The Way In 2016/17

American Airlines has announced plans to separate its economy product into a basic economy and premium economy configuration over the next 12/18 months.

Speaking at the Bank of America Merrill Lynch 2016 Transportation Conference, American Airlines President Scott Kirby said that the basic economy fares will be available towards the end of 2016 with premium economy arriving sometime in 2017.

“These fares are transformative, particularly in a world where we compete against low-cost carriers who are growing 30 percent per year,” Kirby said. “Being able to have some segmentation is a really, really big deal that we’ll get sorted in the next year.”

The introduction of basic economy class is seen as essential for the legacy airlines to compete with low-cost carriers like Spirit. The low and ultra-low cost share of the market has been growing at close to 30% per year, and American is being forced to follow Delta in segmenting its domestic offerings with United set to do likewise in the near future.

American was short on details, saying they are still developing plans, but given the timeline it cannot mean a full remodeling of the American domestic fleet. We already know what ‘basic economy' looks like on the airlines with which American is competing so we can speculate on a new stripped back version of economy class.

A basic fare will most likely forego:

On the opposing side, premium economy could include:

United has also announced plans to divide its economy class offerings up but at this stage has not offered a timeline.

“Over time, we’d like to give customers greater ability to choose fares that offer a varied set of amenities, whether they be fares that include multiple options or deeply discounted fares that would simply include the ticket,” United spokesman Jonathan Guerin said. “This would better permit our customers to choose their own mix of fares and frills and better enable us to compete with carriers that offer no-frills service.”

It's inevitable that we will see the no-perks version of economy class grow as the big three look to compete with ultra-low-cost carriers on price. Whether it's a good thing for travelers, that's debatable.

Looking at it from a frequent flyers perspective, separating economy into basic and premium offerings means less access to the classes up the front. It puts another step in the path of elite members getting access to the front of the plane through upgrades using points or purchasing for cash.

From a budget flyers perspective, it's fantastic. As more airlines embrace basic economy it increases competition in the space which will lead to lower fares to more destinations. If you are a price conscious traveler looking for a bargain, you can welcome American Airlines entry into the budget economy market.

5 / 5 ( 1 vote )
Share this:
AwardWallet Tip of The Day
Did you know that accounts which have been changed in the last 24 hours have an indicator (to the left of the account) showing that an update has occurred? This way you can easily spot any accounts that have been recently updated. Show me how