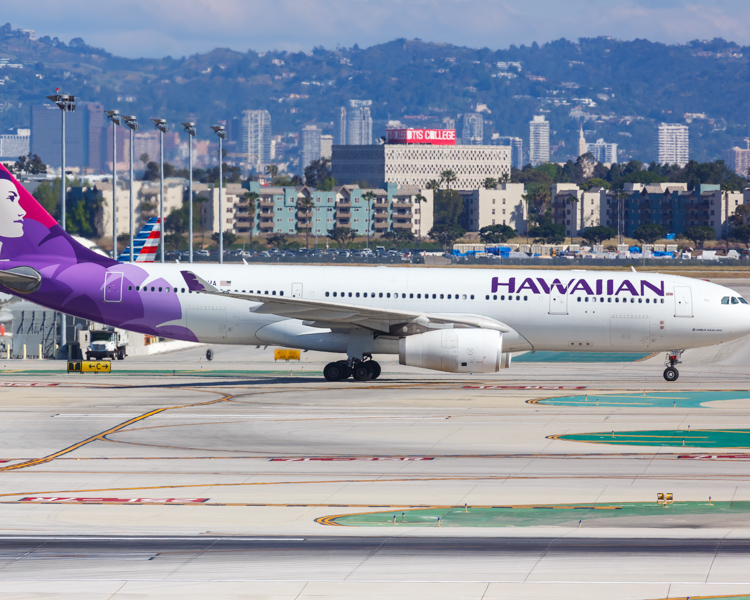 Hawaiian Airlines has just launched basic-economy fares, starting with three of its destinations in California. If you want to pay the lowest possible price for your ticket, you can opt-out of benefits like seat selection, upgrades, and the ability to change or refund your ticket.

On October 21st, flights from Honolulu and Los Angeles, Long Beach or San Jose will have a “Main Cabin Basic” option. For around $30 less than the Main Cabin fare, you can forgo the following:

You will still get your free meal and luggage allowance, which includes a carry-on bag and a personal item. 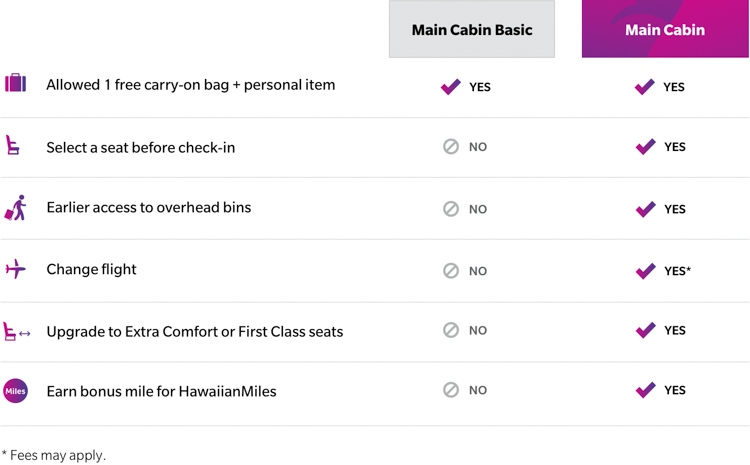 These restrictions are very similar to United, Delta and American Airlines. Although the chart provided by Hawaiian shows that you won't earn bonus miles, a bit of further research seems to indicate that this refers to elite-status bonuses. In short, you should still earn the standard number of redeemable miles for a basic-economy ticket. (see “Conditions for Main Cabin Basic Fares“)

The good news here seems to be the policy for carry-on bags. Like Delta and American, Hawaiian basic-economy fares include a larger bag that can be stored in the overhead bin. United, by comparison only allows a personal item—which should be small enough to fit under the seat in front of you.

There is no reason to think basic economy will be limited to these routes going forward. This is likely an early rollout of new pricing that will eventually affect the majority of Hawaiian routes. While the option to pay less may sound good, the trend with other airlines has been to eventually charge the same price for basic economy as they used to charge for unrestricted, main-cabin economy. In other words, don't be surprised if six months from now, the cost of basic economy on most routes is exactly what you'll pay today for main cabin.

I personally don't care where I sit on a plane, nor do I need to be the first to put my backpack in the overhead compartment. I'd be fine with saving $30 and going with the Main Cabin Basic fare. However, just as some purchase flight insurance, there are those who will want the extra benefits and flexibility. I think the main reason to skip the Main Cabin Basic fare would be seat selection, especially if you're traveling with anyone else and want to sit with them on the flight.

Of course, only time can tell if these fares will actually offer a discount compared with current pricing. If Hawaiian follows the industry trend of using basic economy as a tool for hiding an increase in “regular” economy fares, we'll all be worse off.

5 / 5 ( 6 votes )
Share this:
AwardWallet Tip of The Day
Did you know that you can automatically import all of your travel plans from AwardWallet into your calendar? All you have to do is to grab the iCal link from the left menu of your timeline and create a calendar subscription in your preferred calendar. Show me how