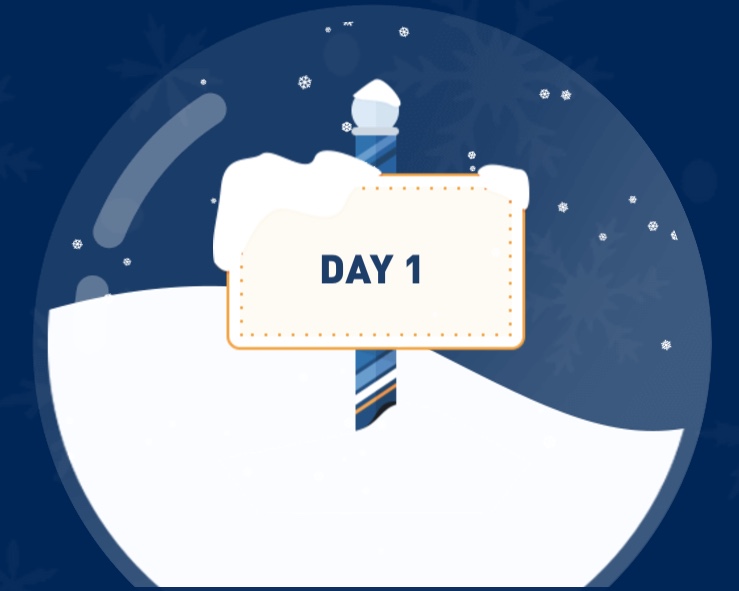 JetBlue A December to Adventure - 12 Days of Deals

If you haven’t heard, this month JetBlue is doing a 12-day promotion with 12 days of hot deals & cool destinations. Every day from December 5, 2016, through December 16, 2016, a new deal will be revealed at 1 PM Eastern.

As you might expect, many of the routes included are relatively short (like Buffalo to Boston). There are also a fairly limited number of cities and routes included. However, there are some cross-country gems in here (Buffalo to Los Angeles or Boston to Las Vegas, for example). If you’re flying out of Boston, you’re most likely to have some success with this sale, as there are 11 destinations included. New York has eight, and other included cities have one or a handful each.

More About the Promotion

To make the promotion more delightfully suspenseful, JetBlue has stayed quiet on the details. You’ll have to check back daily to see the deals, as there aren’t any spoilers as to what’s coming up. If you end up seeing a deal you like, act quickly! Each offer is only available through 11:59 PM Eastern or local time on the day it’s revealed, whichever is earlier — meaning yes, you only have a window of 11 hours to take advantage of each deal.

A Note of Caution

The deals are supposed to unlock at 1 PM Eastern. However, it seems it may unlock at 1 PM based on your local time instead. If you want to get started right away, you may need to change your computer clock or have a friend in Eastern time send you the link.

5 / 5 ( 4 votes )
Share this:
AwardWallet Tip of The Day
Did you know that you can track loyalty accounts and travel plans for your entire family with one AwardWallet account? Simply add your family members and then add their programs to AwardWallet. Show me how