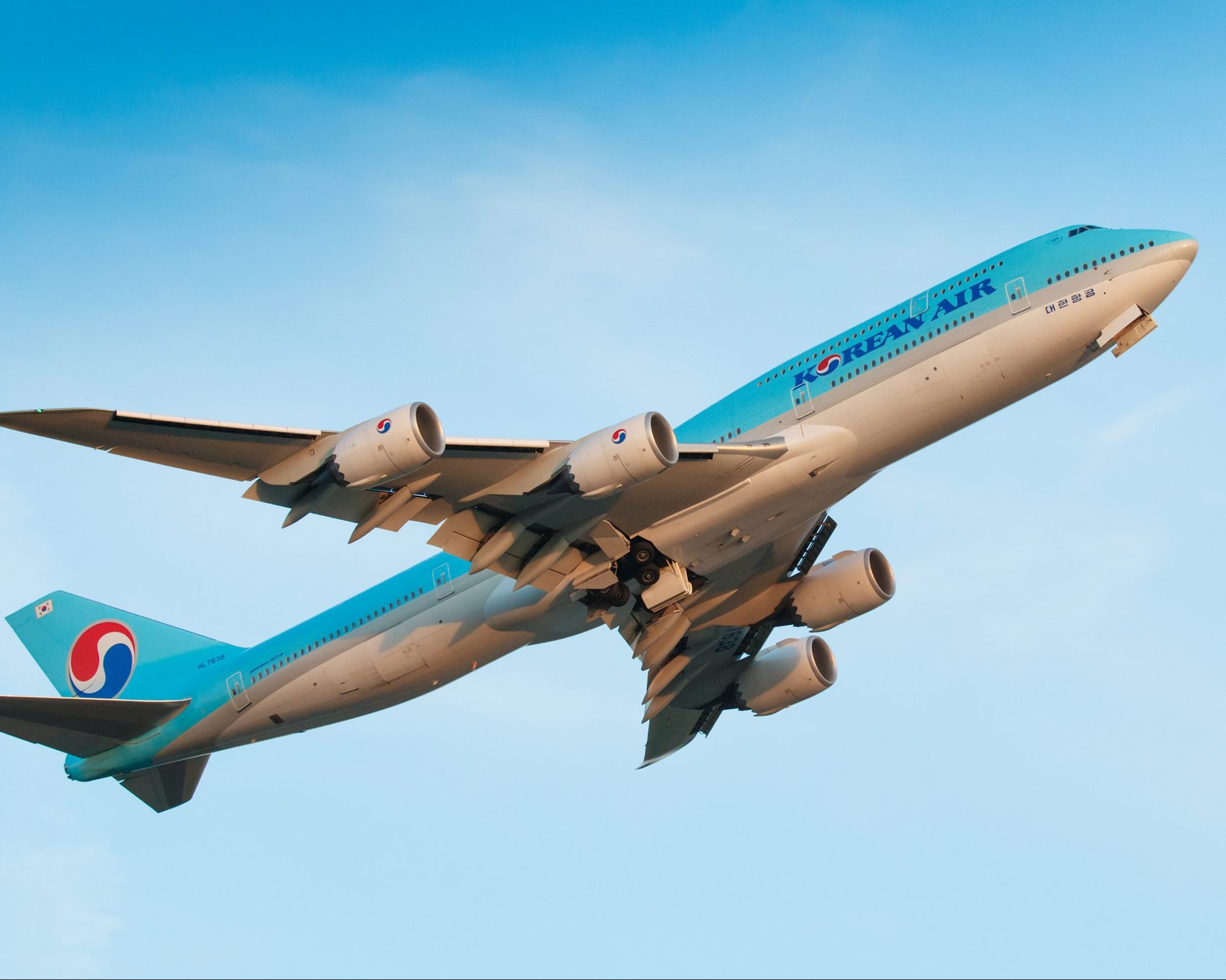 Korean Air has announced significant changes to its SKYPASS frequent flyer program. The press release states that the program update is intended to “increase customer benefits.” Unfortunately, it appears the number of members who will experience any increased benefits will be rather limited.

More importantly, premium award redemptions to and from the U.S., which are currently a highlight of the program, are going to see substantial price increases. The English press release was notably vague on these details, but the full Korean version paints a bleak picture for the future of redeeming Korean miles. 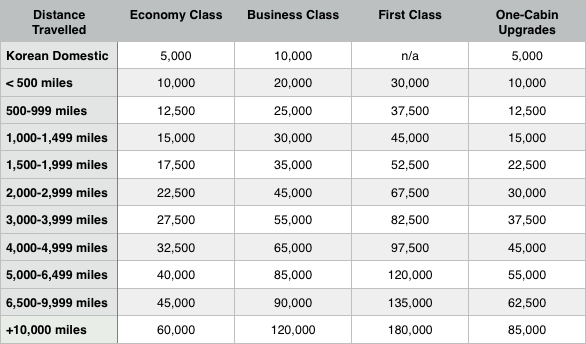 One-way flights from the western U.S. to Korea fall squarely in the 5,000 – 6,499 mile bracket. That means that first-class redemptions that previously cost 80,000 miles in off-peak season will now cost 120,000 miles year-round. A 50% price increase. East Coast passengers fare even worse, as they will soon fall in the 6,500 – 9,999 mile bracket. First-class redemptions to Korea were previously the same 80,000 miles during off-peak season. Now they will cost a whopping 135,000 miles per passenger. An almost 70% increase in price! No wonder Korean Air didn't include this in the English release.

If that weren't bad enough, Korean Air will also start calculating the distance on a per-segment basis. That means that a first-class redemption from New York to Bali (which involves one segment from New York to Korea, and one segment from Korea to Bali) will now cost… wait for it… 217,500 miles! That's right. A 142% price increase from the 90,000 miles it currently requires in off-peak season.

Cash & Miles fare options will be available — Effective November 2020, Korean Air will begin a “test run” in allowing people to book tickets with a combination of cash and miles. This would mean that if you don't have enough miles to book a full award ticket, you will be able to make up the difference with cash. Additional flexibility with your miles could potentially be a good thing. However, it's unknown how much value Korean Air will place on the miles you have to spend. That makes it impossible to predict how much value this option will actually present.

Updates to Korean Air Frequent Flyer Earnings & Status — In an effort to “take global standards and airfare levels into consideration,” Korean Air announced plans to update the mileage earning structure for frequent flyers, effective April 2021. Passengers flying in paid ‘Prestige' (business) or first-class will now accrue up to 200% and 300% redeemable miles for each mile flown, respectively. Economy accrual rates will be organized into four subcategories based on the booking class purchased.

Korean Air also announced changes to their Elite Status Program. Instead of a three-tiered program, they will shift to a four-tiered program. The new status levels will be named “Silver, Gold, Platinum, and Diamond.” The lowest-tier (Silver) will now only require “10,000 miles or 10 flights in the previous year” to qualify.

These changes only affect those who frequently fly Korean Air on cash tickets so that they will have a limited effect on U.S.-based travelers.

If you are like us, you may have felt some familiarity with the soon-to-be-implemented changes to the SKYPASS program:

Interestingly, these are all similar attributes to the Delta SkyMiles Program. While there doesn't appear to be anything directly linking Delta's influence to these changes, it comes right on the heels of Delta's recent 10% acquisition of Korean Air. Is this just a coincidence? Let us know what you think in the comments.

Thanks to its reasonable award rates and abundant award availability, Korean Air has historically been one of our favorite programs. This took a hit when they ended their relationship with Chase in 2018, but it was still a viable option for those looking to travel from North America to Korea or other parts of Asia. With these changes, it seems one of our favorite programs may become more of a “last resort” kind of program.

Thankfully, Korean Air has given us a full year-and-a-half heads-up. The award price increases won't take effect until April 2021. It would be an excellent idea to have all your SKYPASS award redemptions finalized by then.

5 / 5 ( 5 votes )
Share this:
AwardWallet Tip of The Day
Did you know that with a wide display you are able to expand the AwardWallet window to see the Last Updated column? You can easily see the last time your balance was checked by AwardWallet. Show me how