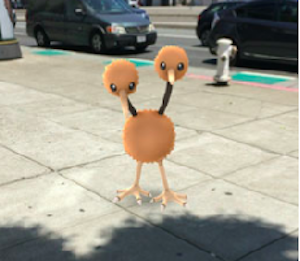 Brooklyn local Nick Johnson has inked the first commercial sponsorship of his new career as a Pokémon Go Master. After recently revealing online that he had tracked down and captured all 142 Pokémon native to the U.S., Johnson has announced a sponsorship deal with Marriott Rewards that will see him visit Europe, Japan, and Australia to try and trap the last few region-specific Pokémon.

And just in case you think this is all just a giant ruse, the Marriott sponsorship was confirmed by USA Today.

So, what exactly is a Pokémon Go Master?

Unless you have been hiding under a rock for the last three and a half weeks, you will most likely have heard of Pokémon Go. The game uses augmented reality and your phone's GPS to create an overlay of the real world, populated by the characters from the Pokémon game, animations and trading cards of the 90's.

The Pokémon spawn based on the geodata from Google Maps can only be seen through the Pokémon Go app on your smartphone, and require players to get out and find them in the real world and walk the streets.

“I feel great,” Johnson said. “I was getting a lot of rest and exercise and meeting new people. I’m a lot healthier —  I think I lost about 8-10 pounds.”

The Pokémon characters can be caught and stored virtually on a players smartphone. The Pokémon Go app recently set a new record in Apple's App Store for more downloads in its first week than any other app in history and is estimated to have approximately 75,000,000 users leading up to the end of its first month in business. It is also ranked number 1 for both downloads and revenue in all 32 markets it has launched so far to date, with over 60 Apple markets yet to launch.

Pokémon Go users might have a strong presence in the annual Darwin Awards if even half of the stories circulating about accidents and mishaps caused by inattention are correct. Some of the most bizarre incidents from Gamespot.com are below:

While the only enjoyment we're likely to take from Pokémon Go is watching people walk into things because they are staring down at their phones while walking, the game is making serious waves all over the world, and there are plenty of tourism and travel operators that are keen to get on the bandwagon.

In Canada, Travel Alberta has sponsored a tour of Calgary landmarks for Pokémon Go players (the game anchors major content in and around known landmarks and sculptures, etc.) which sold out in under 20 minutes according to the organizer. 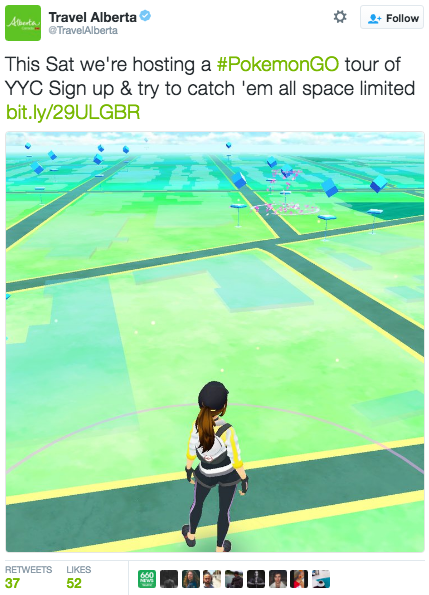 Pokémon Go may not be for everyone, but those that play it appear to take it seriously enough they will walk 8 miles a day to catch the pretend monsters.

Would you join an organized travel group for Pokémon Go players? Let us know in the comments and happy hunting!

Share this:
AwardWallet Tip of The Day
Did you know that you can group different travel segments into a single travel plan? You can then share this trip with anyone. To do this use the Create Travel Plan link.  You can move the beginning and end sections of the travel plan by dragging and dropping. Show me how