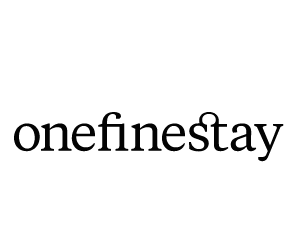 One small step for Accor Hotels, one giant leap for hotel operators worldwide.

That is how I would describe Tuesday's press release from Accor Hotels announcing the purchase of serviced luxury home rental company Onefinestay.

Coming off the heels of the biggest hotel merger in the industry's history, Accor's US$170 million purchase of Onefinestay is just a drop in the ocean of hotel acquisitions and shouldn't make big waves. However, in an interview with Bloomberg News on Tuesday, Onefinestay CEO Greg Marsh made an interesting comment that caught my attention.

While discussing Accor Hotels bringing more to the table than just money, he talked about ‘possible future tie-ins with AccorHotel’s customer loyalty programs for brands such as Sofitel or Fairmount, Raffles, and Swissotel.'

As a loyalty member that is a big deal

Onefinestay is by no means a big fish in the luxury stays industry, yet, but there are a few things worth noting here:

It would bring a small but expanding section of the private rental market under the same points umbrella as the hotel chains and give loyalty members the opportunity to both earn and redeem points in private luxury accommodation.

It is a timely move by Accor as it gives them a footing on the same playing field as Airbnb who listed more than 400 luxury apartments priced above €500 a night in Paris alone last year. These apartments are in direct competition with the luxury hotel market.

At this stage, Onefinestay will remain an independent company within Accor Hotels and will still be led by CEO Marsh and his team, but I think there are significant implications in the deal for the loyalty/points economy.

If Le Club AccorHotels bring Onefinestay into the rewards system, it will be the first viable alternative to Airbnb for loyalty members that want to retain the benefits of Le Club's membership, while exploring some of the more exotic and unique properties that Onefinestay has to offer.

When Airbnb sees a rapidly expanding company in the sharing marketplace taking advantage of a loyalty program and leveraging the global reach of a hotel chain into the private rental market, will it respond with one of its own?

At this stage, there's a lot more questions than answers, but we could be witnessing the first baby steps of a significant change in the rewards industry, and that is pretty exciting.

Would you use your Le Club AccorHotel rewards for a private luxury rental? Let us know in the comments.

5 / 5 ( 2 votes )
Share this:
AwardWallet Tip of The Day
Did you know that with a wide display you are able to expand the AwardWallet window to see the Last Updated column? You can easily see the last time your balance was checked by AwardWallet. Show me how