Ben over at One Mile at a Time seems to think that Air Berlin’s final death throws are finally over, and the airline is set to cease operations on November 1, 2017. While nothing has been officially confirmed, there are some changes to the booking system that imply this sad end to the airline.

The biggest clue to the demise of the airline is the change in bookable tickets. Up to October 31, 2017, you are still able to book all classes of Air Berlin fares, as typified in the example below with a flight from Berlin Tegel TXL to Warsaw WAW on October 31. All ticket options are available including the cheap economy light fares.

The same flight a day later on November 1, 2017, yields completely different results; only fully flex economy fares are available and there are no longer any cheap fares available. 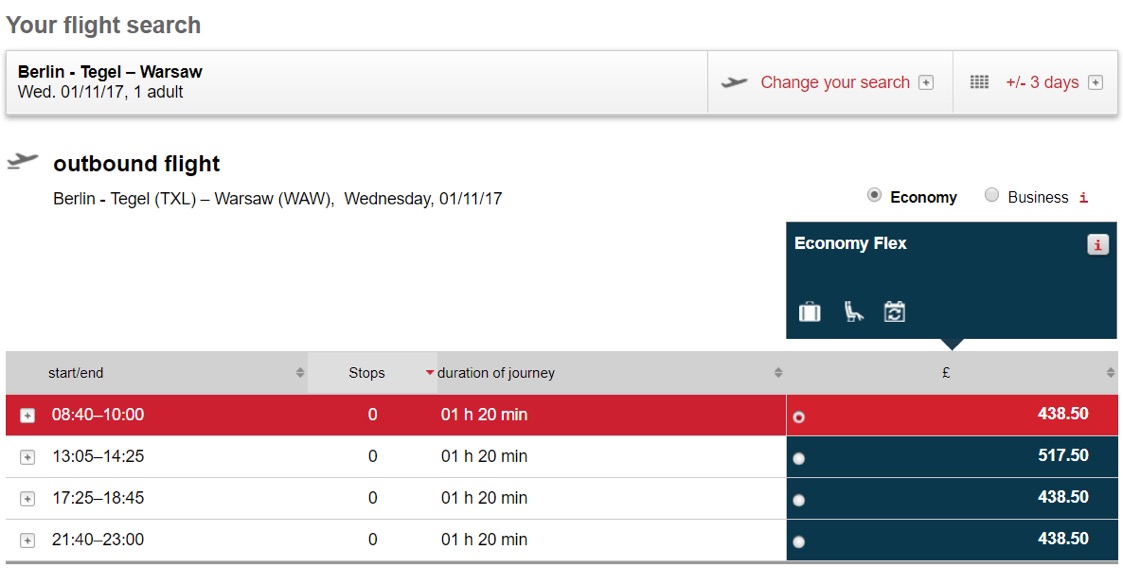 Some Flights Don’t Seem To Be Affected

The above pattern of ticket pricing does not apply to some Air Berlin flights. Routes to the main holiday destinations in Europe (Spain/Portugal/Cyprus) seem to be unaffected. This is because these flights are not being operated by Air Berlin, but rather by Nikki Air and Alitalia, and so are unaffected by the termination of Air Berlin’s operations.

Although nothing has been officially confirmed, and fans of Air Berlin are probably hoping something may happen to rescue the stricken airlines, all signs point otherwise. It has been a slow decline for the last couple of months as Air Berlin filed for bankruptcy before its loyalty program Top Bonus did the same. Followed on by the airline ceasing all long-haul operations and getting rid of its wide-body jets. Now with this latest change, it seems that Air Berlin’s time is finally up.

5 / 5 ( 3 votes )
Share this:
AwardWallet Tip of The Day
Did you know that if someone else accesses your AwardWallet account, you will see an alert at the bottom of the page? Clicking that alert will show you all the current sessions accessing your account. If you see something that doesn’t make sense, you can log the other sessions out and change your AwardWallet password. We highly recommend enabling two-factor authentication on your account for increased security. Show me how