Yesterday, Air Tahiti Nui launched its newest route between Tahiti and Seattle. Out of curiosity, I checked to see what award availability looked like on this route — and found that it's wide open!

Let's show you how to take advantage of this award availability for a dream trip to Tahiti.

Award availability is wide open in economy, premium economy, and business class on Air Tahiti Nui's flights between Seattle (SEA) and Papeete (PPT). The only limitation? This route is only operated on Wednesdays and Sundays.

As long as you can schedule a trip around these days of the week, I'm seeing wide-open availability on almost every flight from October 19-June 19, 2023. Specifically, Air Tahiti Nui is currently offering at least 4 business class awards on the following dates:

That means Air Tahiti Nui is offering at least 4 business class seats on every flight it's operating on this route in May 2023: 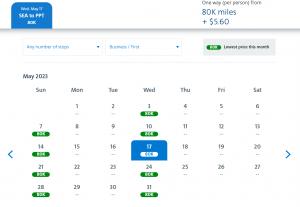 The award availability on Air Tahiti Nui's route from Los Angeles (LAX) to Papeete (PPT) is much more ordinary. There are only 4+ business class seats available on three dates — and they are all this month:

If you're only looking for two business class seats, you have a few more options:

Air Tahiti Nui award availability is much better in premium economy on this route. I'm finding 2+ premium economy awards between Los Angeles and Papeete on the following dates:

You aren't limited to just booking nonstop Air Tahiti Nui flights. Alaska Mileage Plan allows connections within the U.S. for no additional mileage. However, you're limited to flying Alaska Airlines on these intra-U.S. flights. That will limit travelers based in smaller east coast cities that don't have Alaska Airlines service.

If you're flying in from another city, consider booking a free stopover in Seattle. Alaska Mileage Plan allows a free stopover — even on one-way awards. This means you can fly from your hometown to Seattle and visit Jet City for as long as you want before flying to Tahiti.

Alternatively, you can stopover in Tahiti on the way to one of Air Tahiti Nui's other destinations. For example, you can fly from Los Angeles/Seattle to Tahiti, stopover in Tahiti, and then continue to Auckland. The price of this award jumps a bit to:

You can also book Air Tahiti Nui awards through the American Airlines AAdvantage program. The mileage rates are a bit higher than Alaska's. Award flights between the continental U.S. and Tahiti cost: 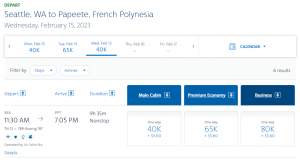 The main advantage of booking through American Airlines is the ability to connect domestically on American, Alaska, or both to get to the Air Tahiti Nui flight.

Also, you can connect through Tahiti on the way to other Air Tahiti Nui destinations — such as Auckland, New Zealand. As Auckland is also part of the same “South Pacific” region as Tahiti, awards won't cost any additional miles. However, you won't be able to book a stopover in Tahiti along the way. Also, you'll need to call American Airlines to book these awards — as AA's website will automatically limit results to American Airlines flights to Auckland.

Other Award Options to Tahiti

Don't have American or Alaska miles? You can also book award flights to Tahiti on Delta's new route to Papeete. As recently shared with Thrifty Traveler Premium subscribers, you can book these flights for as few as 60,000 SkyMiles round-trip nonstop in economy: 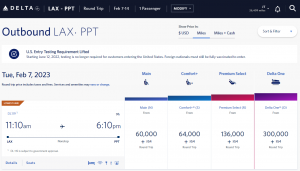 Or, you can book other cities around the U.S. through LAX to Tahiti for as few as 70,000 SkyMiles round-trip: 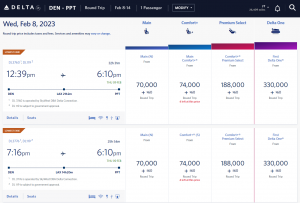 Short of SkyMiles? You can transfer American Express Membership Rewards to Delta SkyMiles at a 1:1 transfer ratio. And transfers are typically immediate.

If you haven't visited French Polynesia before, you might be surprised to find that Papeete is just the launching point for all that French Polynesia has to offer. You can take a short ferry from Papeete to Moorea. There you can stay at the incredible Hilton Moorea Lagoon Resort & Spa. 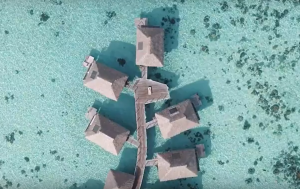 However, you won't want to take the ferry all the way out to Bora Bora. Instead, you'll need to fly Air Tahiti — a very similarly named, but different airline from Air Tahiti Nui — between Papeete and Bora Bora. Unfortunately, these flights can't be booked with airline miles and the flights aren't cheap.

Consider booking an Air Tahiti Multi-Island Pass instead. This pass doesn't cost much more than just booking flights to Bora Bora, and you can use it to visit other incredible islands in French Polynesia. I particularly enjoyed Huahine and Maupiti during my trip in May 2019. 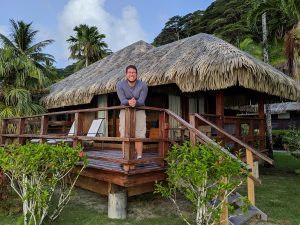