Everything You Need to Know About Alaska Airlines Joining Oneworld

In early 2020, the traveling community collectively gasped when Alaska Airlines announced plans to join Oneworld in 2021. Just like that, the beloved regional airline would expand its reach to over 1,000 destinations worldwide.

Now that the moment's arrived, we've created a one-stop hub with everything you need to know about this exciting development.

In late 2019 and early 2020, travel numbers were as high as ever. At the time, Alaska's relationship with American Airlines was a bit frosty. In fact, the two airlines announced intentions to cut ties altogether. But before the deed was done, there was a sudden change of heart.

The popular opinion is that with Delta expanding its presence on the West Coast, AA recognized it had more to gain by joining forces with Alaska than it did by breaking up. So, in February 2020, the two airlines announced a new, stronger partnership—which included an invitation for Alaska to become a full-blown member of Oneworld by summer 2021.

What We Know So Far

One of the most important benefits of joining Oneworld is the alliance-wide status recognition for Alaska Mileage Plan elites.

Oneworld currently has three elite status tiers recognized among all of its member airlines: Ruby, Sapphire, and Emerald. Each of these offers unique benefits when traveling on Oneworld partners.

With three elite tiers in each program, this is exactly what we expected. However, given the lack of spending requirement for Alaska elite status, this could present an easy way to score Oneworld benefits.

Airlines like United and American have lowered elite status thresholds for 2021. But, Alaska has taken a different approach. Before 2021, Mileage Plan offered two threshold options for members to earn elite status: one by flying Alaska flights and one by flying partner flights:

Starting this year, Alaska has done away with these split qualification levels. Now, members earn elite status by meeting the requirements under a new, unified qualification table.

Note that, unlike previous years, members must fly a minimum number of flights both marketed and operated by Alaska.

There's no doubt that Alaska's restored relationship with AA is the driving force behind it joining Oneworld. But beyond codeshares and mutual mileage earning/redeeming abilities, the airlines will take things a step further.

Specifically, both airlines intend to offer mirrored reciprocal elite benefits far above those typically extended to other Oneworld partners. The intention: create a seamless experience no matter which airline you're flying.

Perhaps the most intriguing of these reciprocal benefits are the complimentary seat upgrades:

The reciprocal benefits aren't limited to the flight, either. Alaska and AA elites now also receive reciprocal priority check-in, security screening, and boarding when flying the other. Even better, elite members get reciprocal baggage allowances and lounge access for ‘select elites' on international itineraries.

Now that Alaska's officially a Oneworld member, the airline's released the mileage earning rates for its new partners. This includes the earn rates for flights with popular airlines like Iberia: 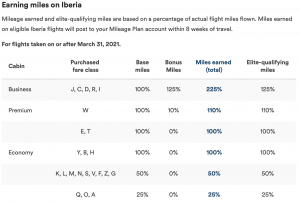 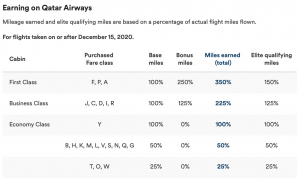 The other new partners (and respective earning charts) include:

As far as I can tell, all of these earning charts essentially fall in line with the Alaska's previous partners. That is, they're somewhat more lucrative than some other airline earning rates. You can find all of Alaska's partner earning charts here. Moreover, be sure to check out wheretocredit.com to find your best crediting options for any given flight.

What we don't know yet about Alaska joining Oneworld

There are obviously still many unknowns—the biggest of which can be summed up in one question.

Will there be changes to Mileage Plan's redemption rates?

While Alaska has already released all of its new partner earning rates, the redemption rates for new partners won't debut until at least Summer 2021.

Alaska Mileage Plan is one of our favorite airline loyalty programs, primarily thanks to its incredible redemption rates. Now that it's joining Oneworld, the fear on everybody's mind is whether Alaska will “adjust” (read: devalue) these award prices.

This question is especially pertinent when it comes to Alaska's long-established partners, who also happen to be Oneworld members. For example, Cathay Pacific has been a favorite partner of Alaska loyalists for quite some time. Mileage Plan members can currently use just 50,000 Alaska miles to fly Cathay Pacific business class from the U.S. to Asia. Meanwhile, American Airlines charges 70,000 AAdvantage miles for the same award flights on its Oneworld partner.

While a small consolation, Mileage Plan has confirmed with AwardWallet that it plans to give at least 90 days notice before implementing any changes:

“We will announce award pricing for new oneworld partners as redemptions are launched into this summer. As always, we strive to give at least 90 days’ notice if changes are coming to any current partner awards.”

While I hope I'm wrong, I'd be surprised if Alaska doesn't end up “enhancing” its partner redemption rates to “better align” with its new alliance.

Alaska Airlines officially joined Oneworld on March 31, 2021. That means we can expect quite a few program updates as it integrates with its new alliance.

As far as I can tell, the good news far outweighs the bad. The strengthened relationship with American Airlines adds a range of new reciprocal benefits between the two airline's respective elite members. Moreover, as a member of Oneworld, Mileage Plan members will soon be able to use Alaska miles to book travel to hundreds of new destinations.

I just worry about that wonderful award chart.

How do you feel about Alaska joining Oneworld?