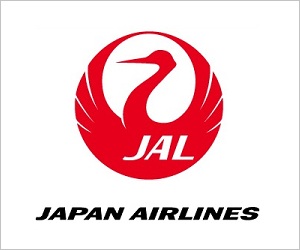 The new codeshare and frequent flyer agreement are set to launch June 29, 2016. Mileage Plan members will be able to start earning miles ‘early this summer', presumably from the launch date, and award redemption to be phased in later this year.

“As a premium Japanese airline, JAL is a great addition to Alaska's line-up of high-quality global partners, giving our Mileage Plan members more ways to earn and redeem miles for travel from the West Coast to Japan and beyond,” said Andrew Harrison, Alaska's executive vice president and chief commercial officer.  “For the first time, our members will be able to earn and redeem miles within Japan, taking advantage of 600 daily flights on JAL's broad domestic network.“

Despite its recent gaff devaluing Emirates First Class with no notice, Mileage Plan continues to add valuable alliances to its roster of redeemable airlines.

From the U.S. West Coast, JAL flys direct between:

While the press release focuses mainly on the codeshare agreement of flights on the West Coast and JAL's direct flights to Japan, it also mentions “The ability to earn miles on the other airline” so we can assume the frequent flyer agreement doesn't just apply to flights in and out of the West Coast.

New partners in Mileage Plan are always welcome news. The majority of Alaska's 17 partners can be booked directly from the Alaska Air website with great redemption value. They also allow for a stopover on one-way award fares allowing for four stop itineraries if redeeming two one-way flights.

The new codeshare starts to make even more sense when viewed through the lens of Alaska's recent acquisition of Virgin America. Virgin's hub in San Francisco will be a great feeder in/out of the direct SF – Tokyo flights.

“Harrison said the new partnership will especially benefit the airline's customers in the state of California, who can take advantage of JAL's nonstop flights from the Bay Area, L.A. and San Diego. Alaska Airlines will provide connections via its expansive network of feeder flights across California, Oregon, Idaho and Washington. From California alone, Alaska has over 1,200 weekly departures. Customers in the Pacific Northwest can also make easy one-stop connections to JAL flights via Vancouver, B.C. and California.”

From Japan Airlines perspective, the partnership will also bolster their direct West Coast services ahead of the opening of daytime Tokyo Haneda slots for U.S. carriers agreed by the Japan/U.S. governments in February.

5 / 5 ( 2 votes )
Share this:
AwardWallet Tip of The Day
Did you know that you can automatically import all of your travel plans from AwardWallet into your calendar? All you have to do is to grab the iCal link from the left menu of your timeline and create a calendar subscription in your preferred calendar. Show me how