Out with the old, in with the new — new aircraft, that is.

In mid-May, Delta announced that it would be retiring its entire fleet of Boeing 777 aircraft. That includes the 10 Boeing 777-200LR (Long Range) aircraft that Delta used to operate it's longest routes—such as between Atlanta and Johannesburg. However, it's not giving up on this route. Instead, it's swapping in Airbus more fuel-efficient A350-900 aircraft. Not only that, but Delta also revealed an additional stop on the westbound leg of the journey: Cape Town.

Although this change was announced by Delta in May, it wasn't until today—June 21—that Delta has loaded the new aircraft and route into its schedule. However, it's currently quite expensive to book this flight with cash or miles: 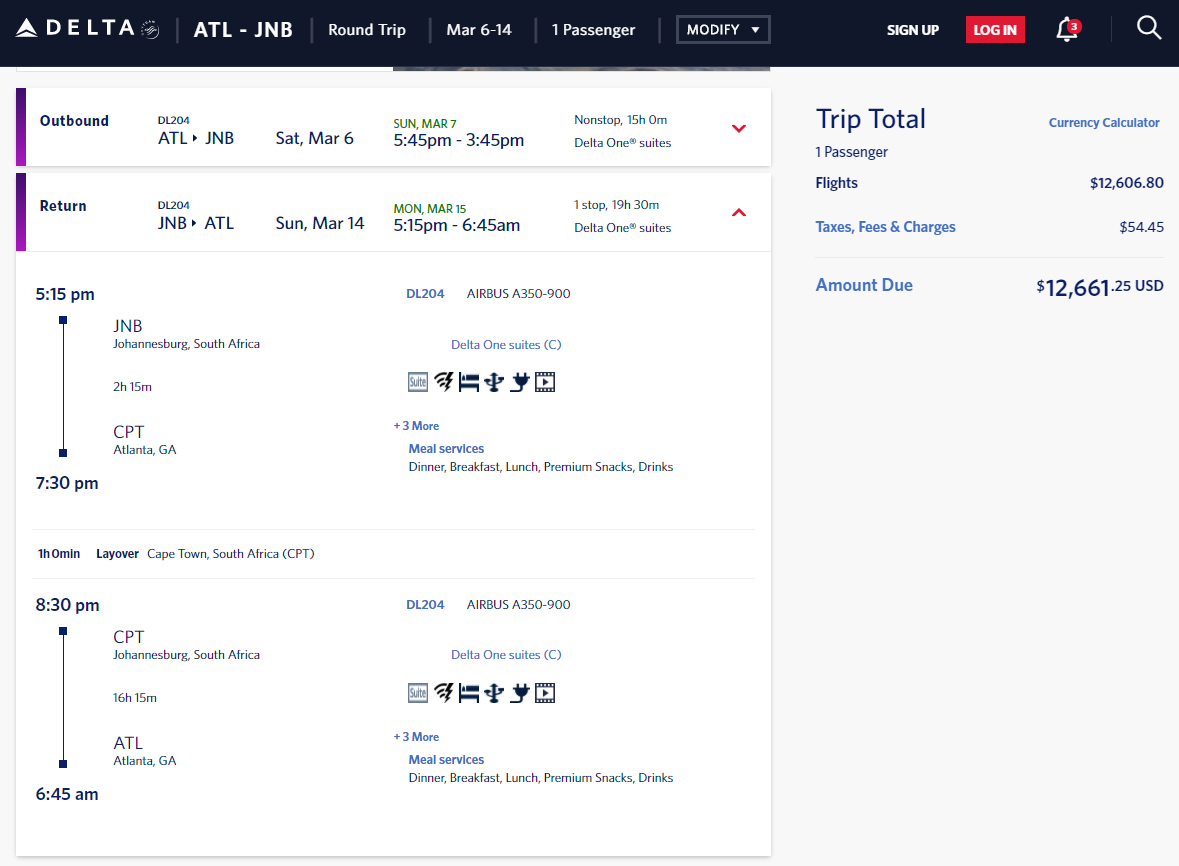 Reason for the Route Change

The Airbus A350 has a shorter flying range than the Boeing 777-200LR and cannot operate the route heading west from Johannesburg to Atlanta. However, Delta has taken what could be a problem and turned it into an opportunity to serve Cape Town as well.

The eastbound flight remains the same, but traveling from Africa to Atlanta adds a stop. Below is the new flight schedule, all in local times: 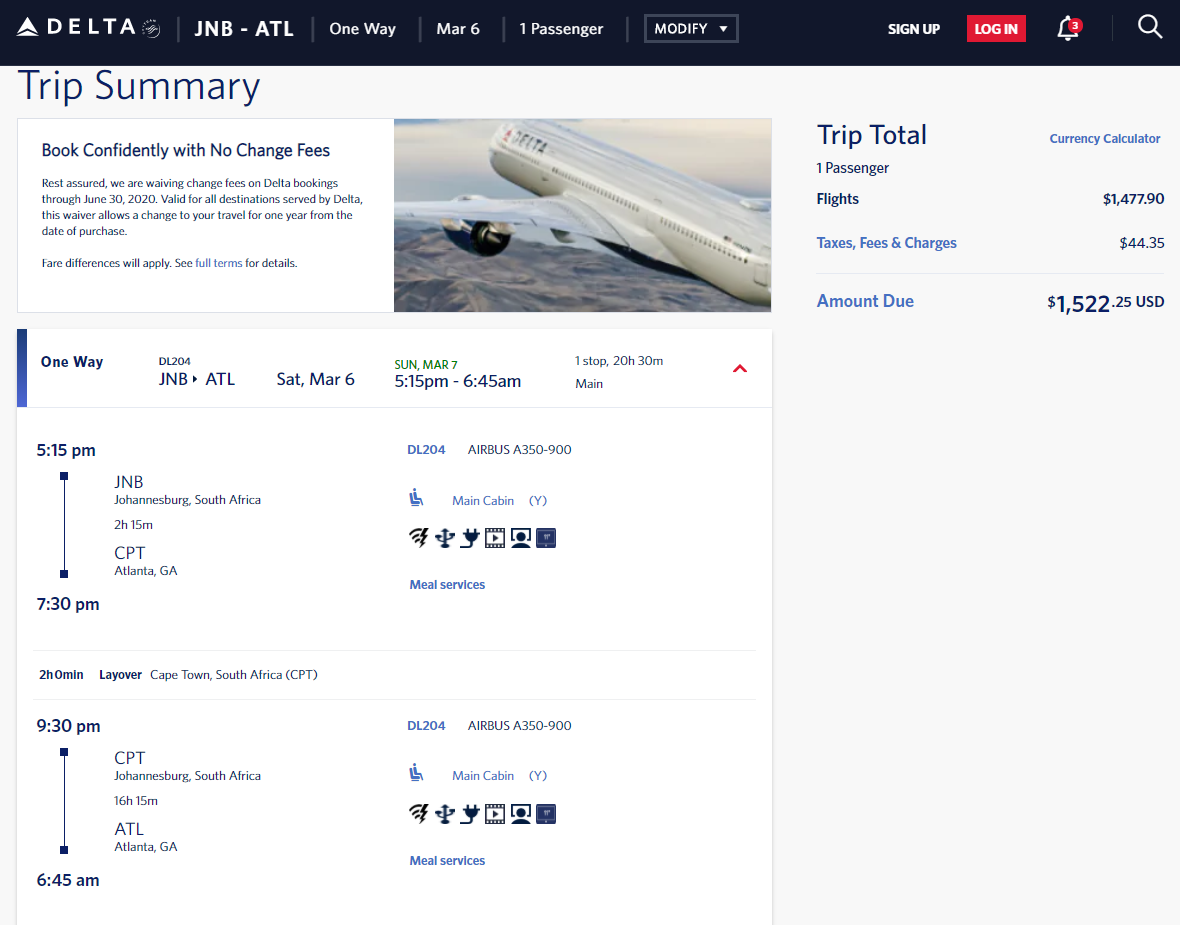 For Delta operated flights, one might assume that booking with Delta miles would be the best option. However, that's usually not the case when it comes to Delta award flights.

The Delta SkyMiles program no longer publishes an award chart. However, AwardWallet pieced together an unofficial award chart for reference. Unlike United, where travelers pay additional miles to fly on partner airlines, Delta charges a premium to fly on its own metal. This is especially true between the United States and South Africa.

As the chart notes, low-level awards cost 60,000 SkyMiles in economy or a staggering 465,000 SkyMiles in business. This is proven out in an award search before the route change.

After the route change today, the pricing on this route is a bit wacky. Premium Select is still generally pricing at 115,000 each way and Delta One Suites cost 465,000 miles each way. However, economy is pricing at much higher rates: 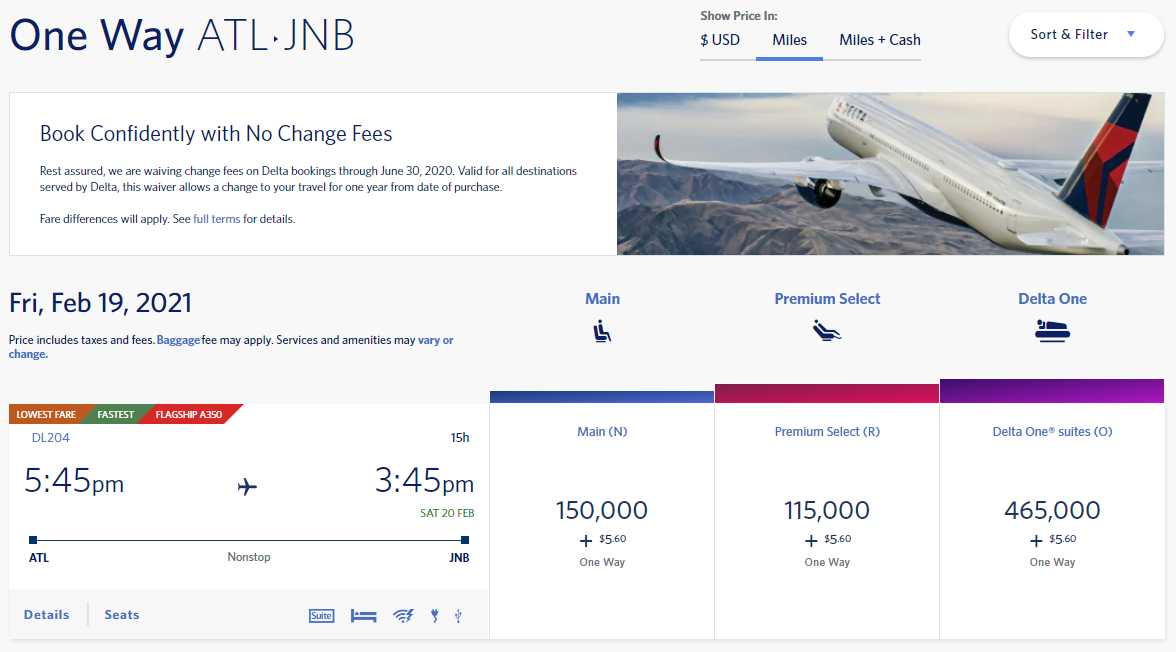 Some flights from Cape Town to Atlanta are pricing as high as 230,000 miles one-way in economy: 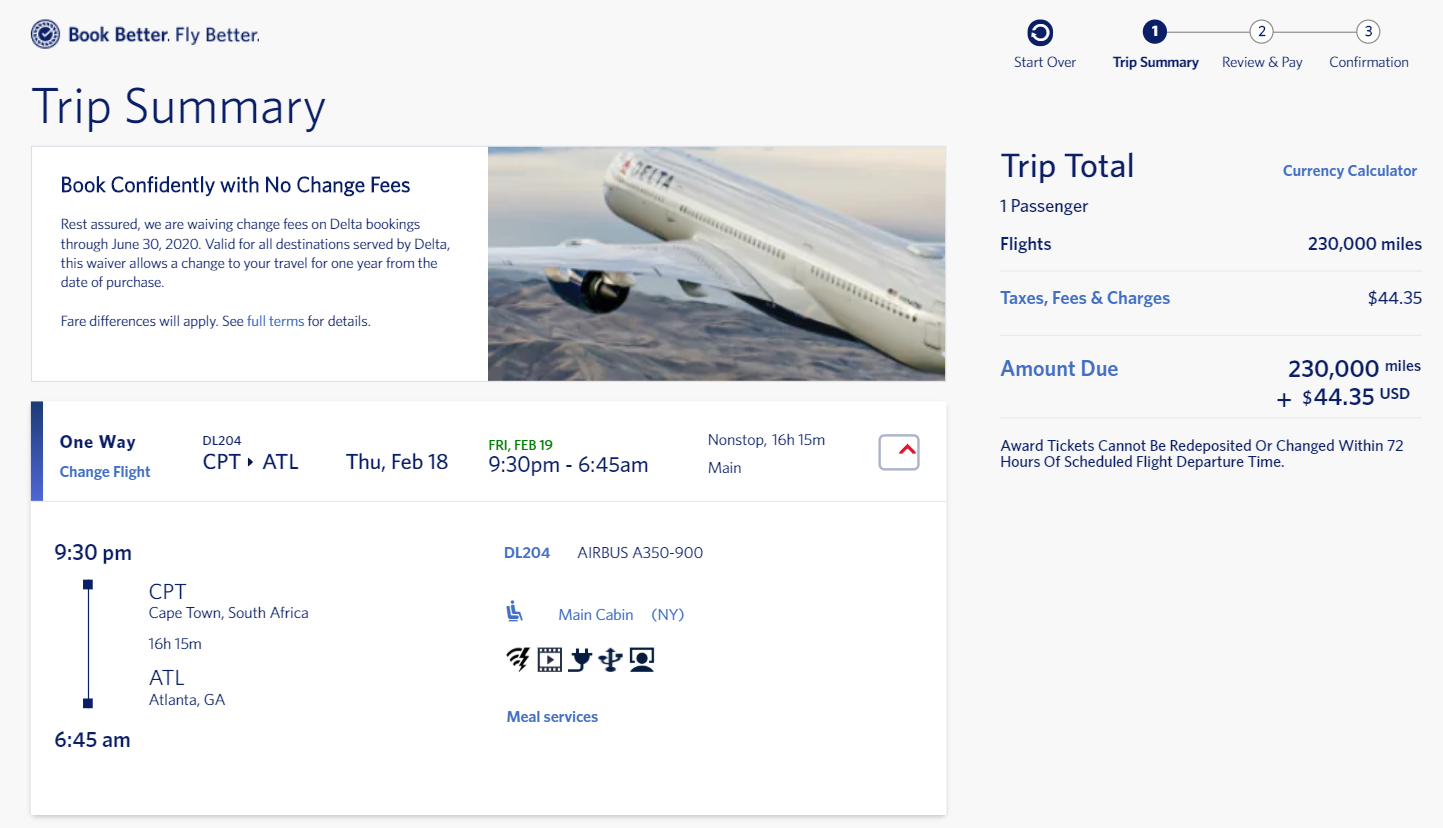 Delta offers several ways to accrue SkyMiles. Be advised that there's typically a nominal transfer fee if you plan to transfer points from American Express Membership Rewards to Delta. However, this fee has been waived for transfers through December 31, 2020.

Anyone with a stash of SkyMiles might want to book directly with Delta, though you can do better booking through other programs.

However, I could only find these prices for Air France or KLM-exclusive itineraries. Before the route change, I did manage to find the nonstop Delta flight for 46,000 miles in economy:

Unfortunately, I was unable to find business class award space on this route through Flying Blue before or after the route change. Historically this has been a route with little to no premium cabin award space. So, if you do stumble upon it, act quickly!

The abundance of transfer options means you can focus on a strategy to accumulate flexible points and then transfer to Flying Blue when needed.

A welcome change from other booking options, Virgin Atlantic publishes an award chart for Delta flights. This award chart hasn't changed in years and remains an excellent value: 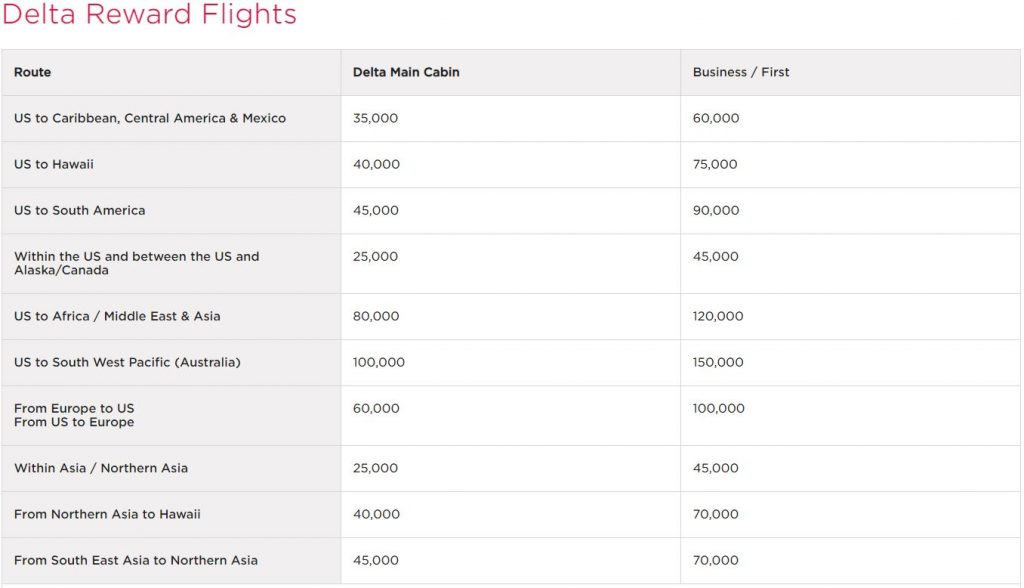 Flying Club's rate of 40,000 miles one-way in economy edges out Flying Blue’s 46,000 miles cost for the same flight. And, if you’re lucky enough to find Delta One space on this route, it will cost just 60,000 Virgin Atlantic Flying Club miles—making it the best booking option by far. Better yet, just like Flying Blue, Virgin Atlantic Flying club partners with all five major flexible travel rewards currencies.

However, Virgin Atlantic has been hit especially hard by the ongoing global pandemic. While this booking option requires fewer overall miles, going through Flying Blue might provide stability that Flying Club cannot offer at the moment.

Airlines such as Aeromexico, Alitalia, and Korean Air all belong to the same SkyTeam global airline alliance as Delta. As a result, it is possible to book Delta flights through any of their associated frequent flier programs. However, each of these three programs has its drawbacks for booking awards between the U.S. and South Africa:

By swapping out a 777-200LR for a newer A350 on its route between Atlanta and Johannesburg, Delta necessitated service to a second city in South Africa: Cape Town. Making a short stop in Cape Town to refuel allows the shorter-ranged A350 to complete the long transatlantic journey back to the United States.

For the lowest point cost and most flexible booking options, book this new route via Virgin Atlantic Flying Club. Just 40,000 miles—or 60,000 if you can find business class award space—is all it takes for travelers to fly between the United States and South Africa on Delta’s direct flight. Flying Blue offers a decent alternative to Virgin Atlantic Flying Club for booking this flight as well. Both of these two programs partner with all major transferable points programs, making booking even easier.