This past week, United removed its partner award chart from its website, finally following through on an announcement in April 2019 that it would launch dynamic award pricing. At that time, partner awards saw only an adjustment for close-in awards. MileagePlus members exchanged a close-in booking fee for an increased award cost. While this news certainly removed one of the benefits of United elite status, it provided non-elites with less out-of-pocket cost on awards booked within 21 days of departure.

Within a day of removing partner award charts, United started to implement award cost increases for partner awards. Early search results led many to believe that award pricing had increased by 10% across the board on partner awards. But, we gave it a closer look and found that's not quite the case.

One of the best features of MileagePlus is the variety of airlines that you can book with your miles. Our program guide covers the United Airlines partners in more detail, but you can get an idea of the global coverage they offer with this map. 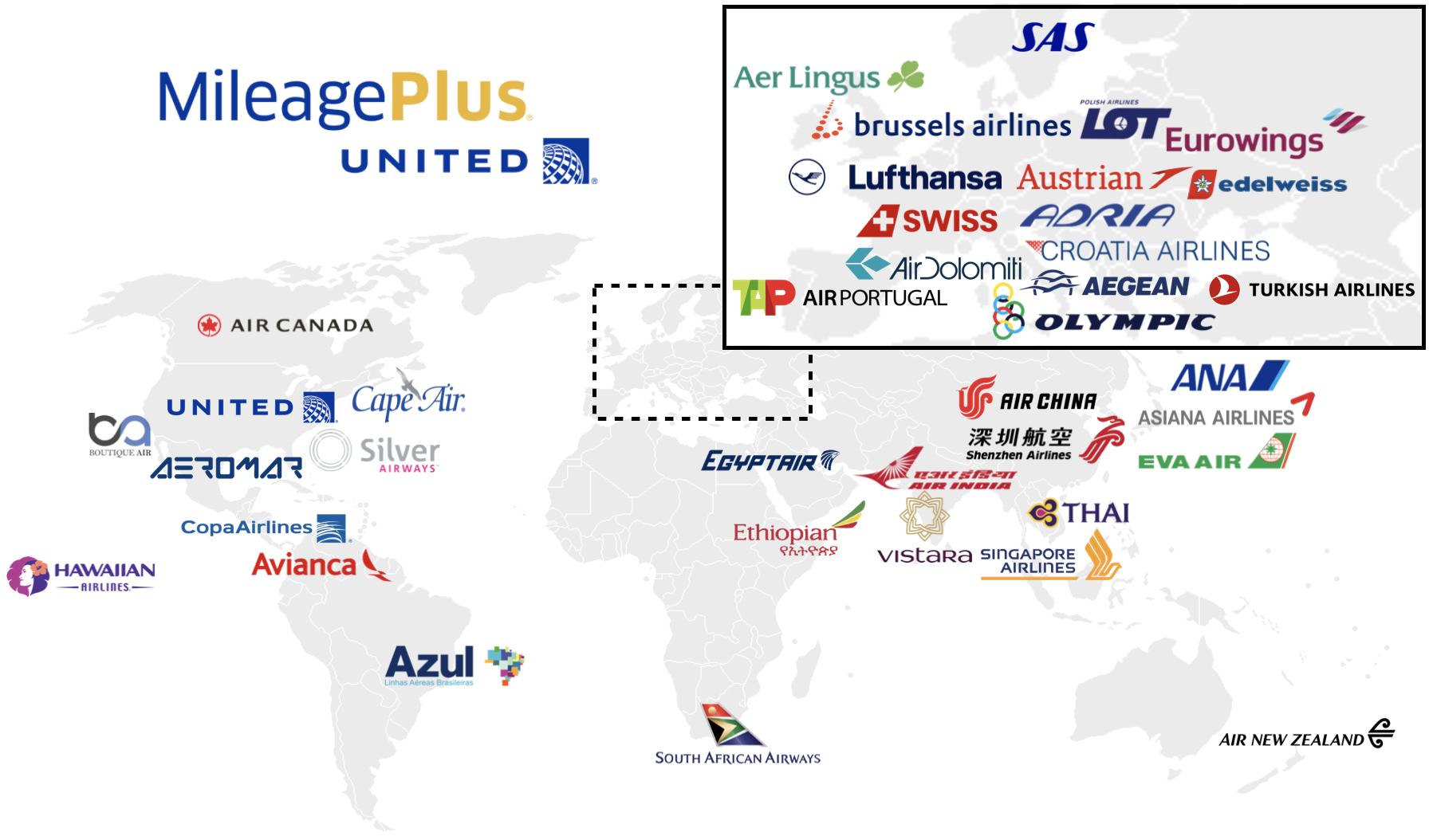 We've also published a guide for beginners if you aren't familiar with how airline partners and alliances impact your booking options.

Once news broke about increased award costs, I immediately needed to see for myself. I routinely search award space for various global routes, and earlier in the week I had not seen higher award costs. Lo and behold, the first route I searched showed a 10% increase to partner awards. Instead of 30,000 and 70,000 miles for an economy or business class award entirely on TAP Portugal metal (i.e. on an aircraft operated by TAP Portugal) from Newark to Rome, the new mileage cost shows as 33,000 or 77,000.

But, for the same exact date and route, flying entirely on Aer Lingus prices at the same 30,000/70,000 rate as previously charged.

One quirk of the now-removed United award chart is that United charged less for flights on its aircraft than on partners. For example, flights between the U.S. and Europe used to cost 60,000 miles in business class on United flights or 70,000 miles on partners. As we found, flying on a mix of United metal and partner metal still adds a layer of intricacy to these award prices.

Again for the same date and route, flying transatlantic on United metal and connecting onward on Star Alliance partner metal will cost 10% more than the price on the now-removed award chart. However, this is a 10% premium on top of the cost of United-operated awards, not partner awards. Instead of charging 60,000 for business, United is now charging 66,000 miles. As we saw before, flights operated only by partners now cost 77,000 miles each way.

Further searching confirmed that not all partners follow the same rules. The selected route from Newark to Zurich connects in Milan. United operates the transatlantic flight, and Helvetic Airways AG operates the connection. Helvetic Airways does not belong to Star Alliance, but the “details” for the flight clearly show this is really a Swiss Air Lines flight operated by Helvetic Airways. Despite the presence of a partner airline on the itinerary, the old mileage cost applies. 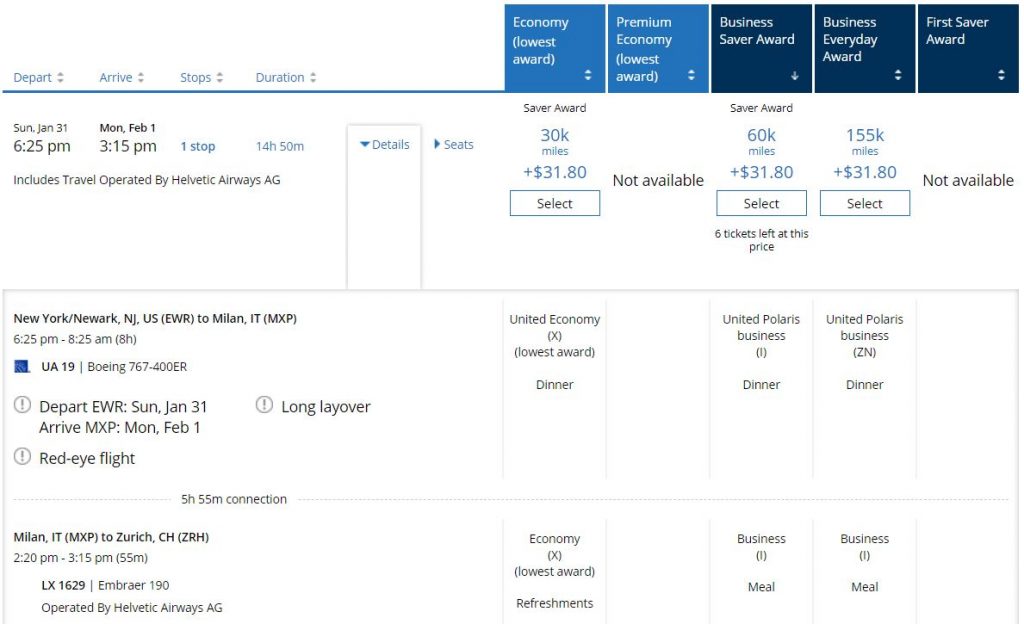 Similarly, a March itinerary between the same cities offers a route entirely on partner airlines. Yet, because it includes a segment (even an intra-Europe one) on a non-Star Alliance airline, the old partner award pricing applies.

All of the above award searches include travel in early 2021. Using flights from the U.S. to Europe as a barometer, a definitive “switch” flips on July 1, 2020. The same exact flight prices differently on June 30 versus July 1.

Ordinarily, a change such as this would still allow travelers a window of opportunity to redeem miles under the old award prices. However, given the worldwide hiatus on travel, United's timing severely disadvantages award travelers. Not only does United make an impromptu change to their award pricing practice, but also they give little to no opportunity to redeem miles before the new pricing applies.

By searching each of the 17 United award regions, I constructed a makeshift updated Star Alliance partner award chart. The below table details the changes, by region, for travel originating in the United States or Canada (excluding Hawaii). 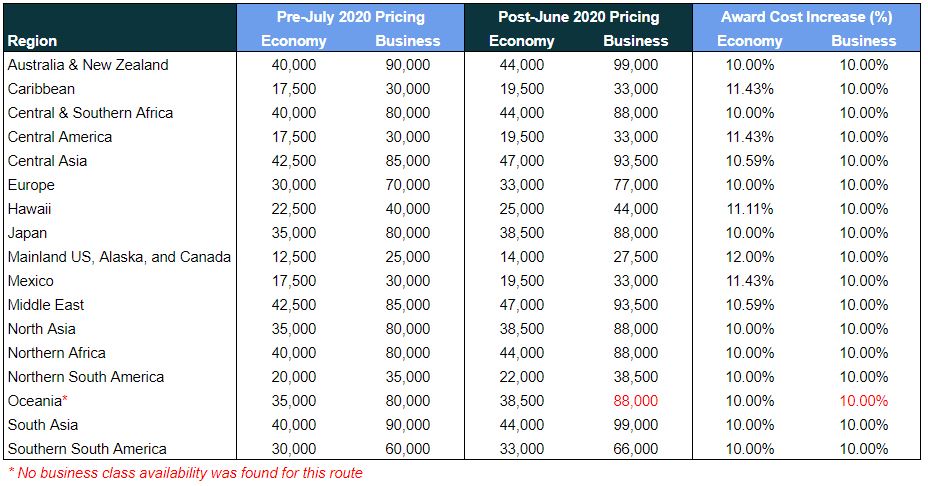 Overall, a rule of thumb of 10% increases across the board holds up fairly well. Lower cost awards may increase by a slightly larger percentage in order to end up with mileage costs that are a round number. While the chart above only shows awards for one region, the same holds true across the others.

If you have plans to redeem a stash of United miles for flights once travel picks back up, consider the carrier operating the flight.

For instance, flying in business class from the United States to Europe on a direct flight on United metal generally costs just 60,000 miles. After June 30, 2020, the same cabin and route operated by a Star Alliance partner will cost 77,000, more than a 28% difference.

This new rule applies to short hop connections as well as long-haul direct flights. A key distinction, whether intentional or not, is that non-alliance partner-operated flights skirt the 10% increase. The flight in question can be marketed by a Star Alliance airline, as long as they do not actually operate the flight.

With United raising award costs, think about booking Star Alliance awards through other frequent flier programs. Aeroplan, ANA, Avianca, Singapore Airlines, and Turkish Airlines are all partners of the major transferable points currencies and all are Star Alliance members. Depending on where you want to go and who you want to fly, it may make more sense to book through a program other than United.