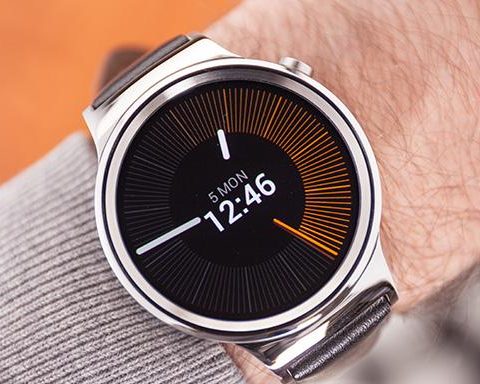 Welcome to the Award Travel 101 Beginner Series! Award Travel 101 is the official community of AwardWallet. During this series we'll answer the most common questions we get from award-travel beginners.

A few times a day, almost every day, a version of the following question is asked: “I am flying from New York to Rome with a layover in London. My flight to Rome leaves two hours after I land from New York. Is that enough time?”

When it comes to connections, there are a few things you should know: When you book an itinerary as a single ticket, you and the airline have a contractual agreement: You agree to pay the price of the ticket, and the airline agrees to transport you to your final destination. This agreement, also known as the contract of carriage, legally requires the airline to reaccommodate you if you miss a connection.

Since a missed connection costs the airlines money, it’s in their best interest to only sell itineraries where the passenger has enough time to connect. Using data from millions of itineraries, the airlines have established a minimum connection time (MCT) for each airport. If an itinerary doesn’t meet the MCT, they won’t sell you the ticket.

As long as the flights before and after your connection were booked as part of the same ticket, you can rest easy knowing that risk-averse number crunchers working for the airlines feel good about your odds. And if something goes wrong, you’ll be on the next available flight.

One other advantage to booking an itinerary as a single ticket is that you may be eligible for additional coverage from the rewards card you use to pay for your flights (or the card you use to pay the taxes and fees on an award ticket).  Many cards offer up to $500 per passenger in reimbursements for expenses like a hotel, meals, and transportation. Our top recommendation for beginners is the Chase Sapphire Preferred® Card because it earns 2x points on travel and offers excellent protection for unexpected delays and lost or stolen luggage.

But for points and miles maximizers, getting the best deal often requires booking separate tickets. As a rule of thumb, you’re traveling on separate tickets if you pay for your travel in more than one transaction. If you had to get out your credit card more than once, the protections we covered in the previous section go right out the window. It’s now your responsibility to manage the risk of missing a connection.

First, let’s have a quick look at why you might book a trip on separate tickets in the first place. If you read about ways to maximize points and miles, you’ll likely find references to “booking a positioning flight.” A positioning flight is a separate ticket that gets you to the airport where an award itinerary begins (or to your final destination from the airport where an award itinerary ends). In some cases, there can be significant savings in points or cash, but you need to be informed about the tradeoffs.

Let’s look at an example using the itinerary from New York to Rome with a layover in London. Most frequent-flyer programs will require a minimum of 30,000 points for this one-way itinerary. But Virgin Atlantic, a partner of all the major transferrable currencies, charges 10,000–12,500 miles for a one-way flight from New York to London. Depending on the time of year, you can probably find nonstop paid airfare for less than $100 from London to Rome.

Separate Ticket from London to Rome

In this example, you’re saving 20,000 points by booking a separate ticket. You can safely assume that the 11-hour 50-minute connection between these flights will meet the MCT for London Heathrow, but that doesn’t mean you’re protected from financial risk if your flight from New York to London is delayed overnight. With this separate ticket, British Airways has no responsibility to get you to Rome if you fail to arrive in London on time.

British Airways has agreed to fly you from London to Rome. If you don’t get to London on time, it won’t matter if the delay was Virgin Atlantic’s fault. This effectively puts you in the same position as a person who sleeps through their alarm in their London hotel room. British Airways may put you on a later flight if you ask nicely, but they have no obligation to do so. More likely than not, they’ll ask you to buy a new ticket at full price.

One way to minimize the financial risk of traveling on separate tickets is to get as close as possible to your final destination on a single ticket. In the previous example, the worst-case scenario is paying for a ticket from London to Rome. Although this can still be expensive if you have to rebook last minute, it’s much better than being in a situation where you need to buy a transatlantic flight on the day of departure.

This doesn't mean you can't take advantage of savings from separate-ticket itineraries; it just means you should build in extra flexibility. I live in Atlanta, and if I wanted to fly from New York to an international destination on a separate ticket, I would book my positioning flight to New York the day before my international leg to ensure I had adequate time to make the international flight.

With few exceptions, separate tickets will also require you leave the secure part of the terminal and go through the same check-in process you'd follow if you were arriving at the airport by car. That could mean waiting for bags at the luggage carousel, standing in line to print boarding passes, rechecking luggage, and going back through security. For international connections, you'll also need to account for time to clear customs and immigration.

The final consideration has to do with specific airports. We're often asked something along the lines of, “is two hours enough time to connect in Philadelphia?” The honest answer is that no one can tell you with certainty given the randomness of airport operations and staffing. One week, you could easily make a 25-minute connection at my home airport of Atlanta, but if the “Plane Train” is out of service, you could be looking at a 25- to-30 minute walk between terminals. If asking about a specific airport, take any answer you get with a grain of salt. There are too many variables to reliably predict what you'll experience in a particular airport on your travel day.

That said, minimum connection times can give you a reasonable idea of what airlines expect for a given airport. If you're comfortable with the risks, Expert Flyer has a comprehensive resource on MCTs available to paid subscribers. They also offer a five-day free trial which should give you ample time to explore the exciting world of MCTs. Keep in mind that these times vary depending on whether your travel is domestic or international and which airlines are operating the flights on each side of the connection.

Whenever possible, you should try to book all your segments on a single ticket. This offers you protection in case of missing a connection, and you don't have to stress about minimum connection times.  If you are going to take the risk of booking separate tickets, especially if they are on different carriers for international itineraries, you should consider leaving 24 hours in between your flights to give you an extra cushion in case of irregular operations.

5 / 5 ( 7 votes )
Share this:
AwardWallet Tip of The Day
Did you know that you can view all accounts with balances that have changed in the last week or month? Show me how