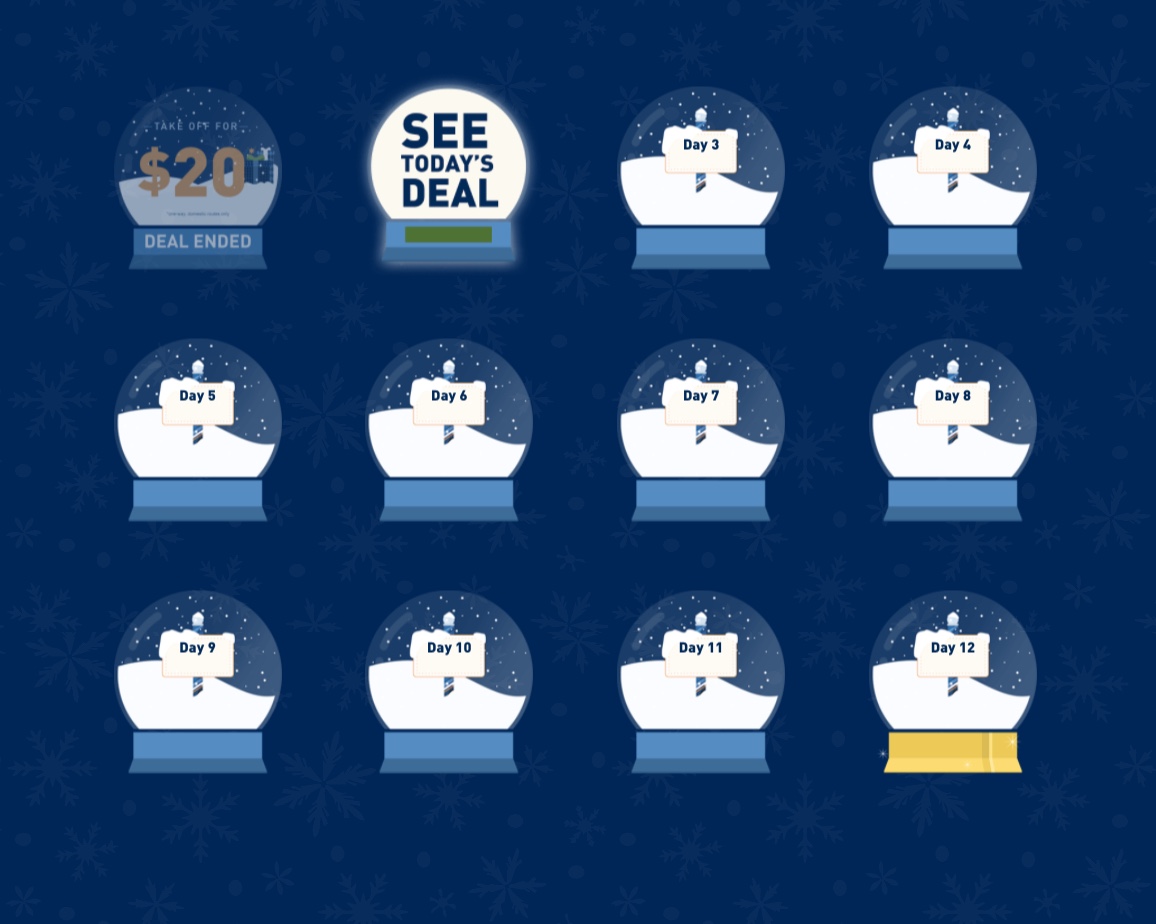 JetBlue A December to Adventure - ALL 12 Days of Deals LEAKED

Great news for those of us who don’t like suspense (and may have peeked into Christmas presents as children): the full schedule of JetBlue’s 12 Days of Deals Sale, which we covered yesterday, has been leaked thanks to Reddit.

Of course, the deals are still being released daily at 1 PM Eastern (though you may need to change your computer’s time or have a friend in Eastern time send you the link to the unlocked deal, as we explained). Still, knowing what’s to come can (besides scratching your itch of curiosity) help you decide which days to make a point of being at your computer to book the deal.

Upcoming Promos from the 12 Days of Deals

In case you missed the first two days and are curious about those, here they are:

Unfortunately, many of the deals aren’t as great as they sound. Based on what we’ve seen so far, the offers tend to be quite restrictive. For example, today’s deal promises fares from $30 one-way to the Caribbean, Bermuda, and Mexico. The only fares at that price are from Puerto Rico to Saint Thomas, however; the rest of the fares range from $40 all the way up to $140 each way.

It’s hard to be optimistic that the upcoming deals will be significantly better. In general, these deals are probably best viewed as potential bonuses and savings on trips you were planning to make anyway; if you happen to get lucky and find one that works for you. It’s not likely that many of the deals will be good enough to justify planning a trip based around them.

Still, it’s easy to imagine quite a few of us will be waiting at the computer on day eight, in particular, just in case there’s a great international deal!

You can view the deals each day at or after 1 PM Eastern each day.

3 / 5 ( 2 votes )
Share this:
AwardWallet Tip of The Day
Did you know that you can view all accounts with balances that have changed in the last week or month? Show me how