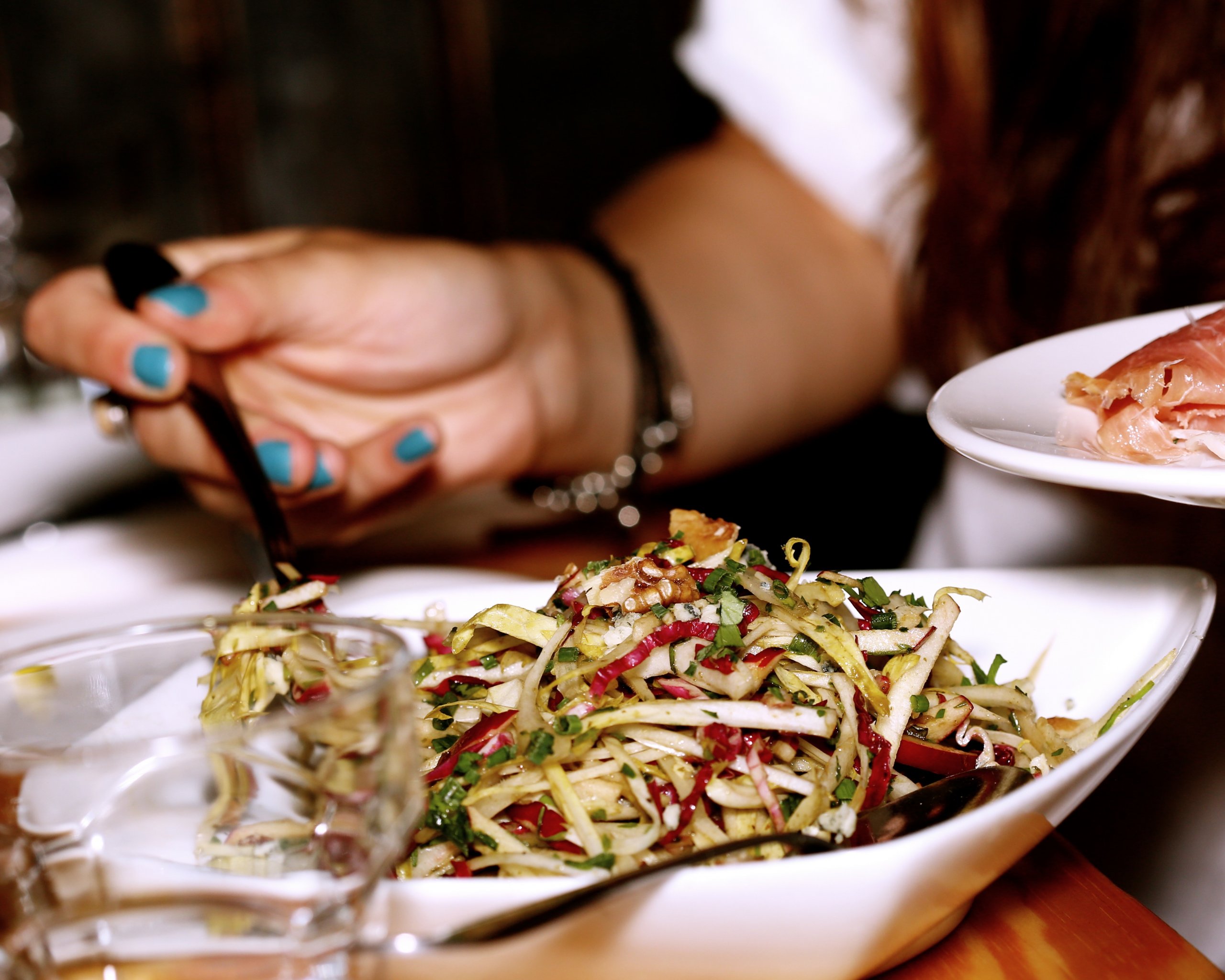 As of November 1, 2016, your dining choices on domestic American Airlines flights have grown from the mundane into the gourmet.

Julian Barsotti is a big name in the culinary world. He cut his teeth at the renowned Oliveto in Oakland, California. Since then, he’s brought his passion for farm-to-table Italian cuisine featuring local, seasonal ingredients to Dallas, Texas, where he now has three highly acclaimed restaurants: Nonna, Carbone’s, and Sprezza.

The concept of farm-to-table dining has become commonplace in the last few years, but farm-to-plane dining is just taking off. While American Airlines isn’t the first to try to find a way to incorporate this kind of food into its in-flight meal offerings (and has already launched gourmet food programs on other routes), it’s definitely ahead of the curve.

Here’s How the Setup Works

It’s worth noting that in addition to having one meat-based and one vegetarian option, each pair of selections also tends to have one traditional and one creative option. For example, one of the dinner rotations offers a choice of either grilled chicken with haricot vert and olives (which is doubtless prepared better than the traditional airplane chicken with green beans but isn’t hugely innovative), or coconut curry with zucchini, asparagus, peppers, and roasted cauliflower.

In another dinner rotation, your choices are between a chicken pot pie and poblano peppers stuffed with a variety of cheeses including Manchego and Cotija. Again, it’s clear that the menu was designed with an eye toward satisfying flyers who want to play it culinarily safe as well as those who want innovation.

Nothing Special in Economy Class

So far, there’s no word on how thoroughly Barsotti’s farm-to-table philosophy will influence the program as it goes on. We don’t know yet whether the dining options will change seasonally to reflect that style of cuisine, or whether they will remain the same year-round, offering farm-to-table inspired food without following the philosophy’s most basic tenets.

Julian Barsotti and American Airlines Team Up to Offer a Fresh Take on Airplane Food
3 (60%) 8 votes
Share this:
AwardWallet Tip of The Day
Did you know that you can group different travel segments into a single travel plan? You can then share this trip with anyone. To do this use the Create Travel Plan link.  You can move the beginning and end sections of the travel plan by dragging and dropping. Show me how