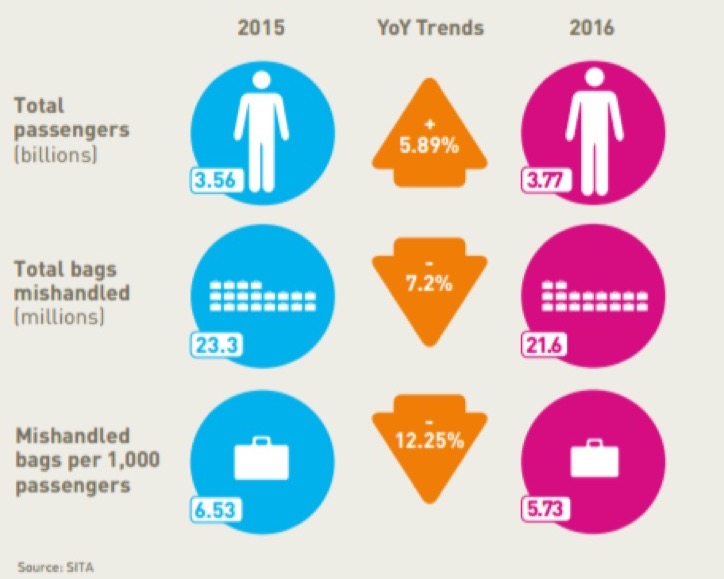 The Low Down on the SITA 2017 Baggage Report

The SITA annual report for 2017 has been published, and it is full of excellent news for travelers. Baggage mishandling has dropped by 7.2% in 2016 compared to 2015, at the same time, 88% of travelers have reunited safely with their baggage in ten minutes or less. 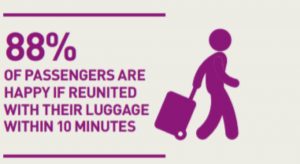 Overall, the picture represents a year on year improvement, with a total reduction in mishandled baggage of 69.7% since 2007.

The SITA Annual report gives a glimpse into a side of airport operations that most of us don’t see. The company draws data from airlines, airports, governments, and ground services. The report highlights best practices, baggage handling statistics and new technology trends and changes to the legal environment. 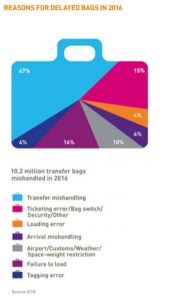 SITA has a unique insight into the world of baggage handling, since it operates in 2,000 countries around the globe, and handles 90% of all airline intercommunication systems. The company also operates the baggage tracking system for the vast majority of the world’s airlines. 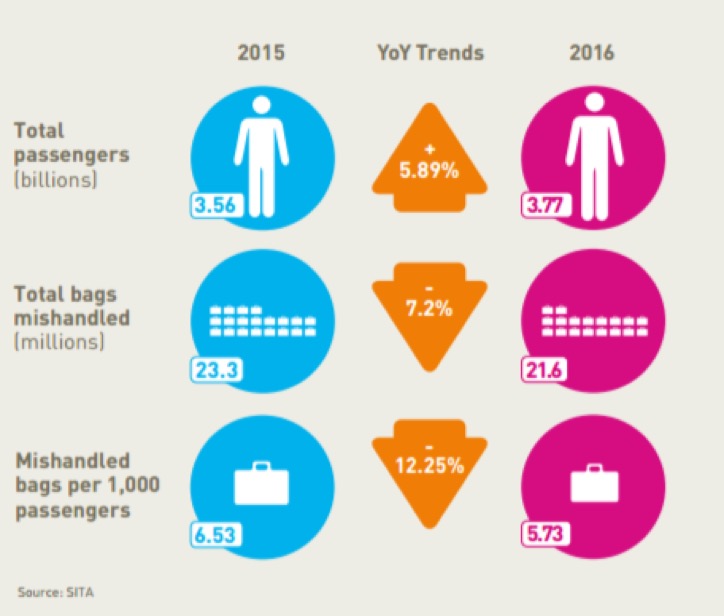 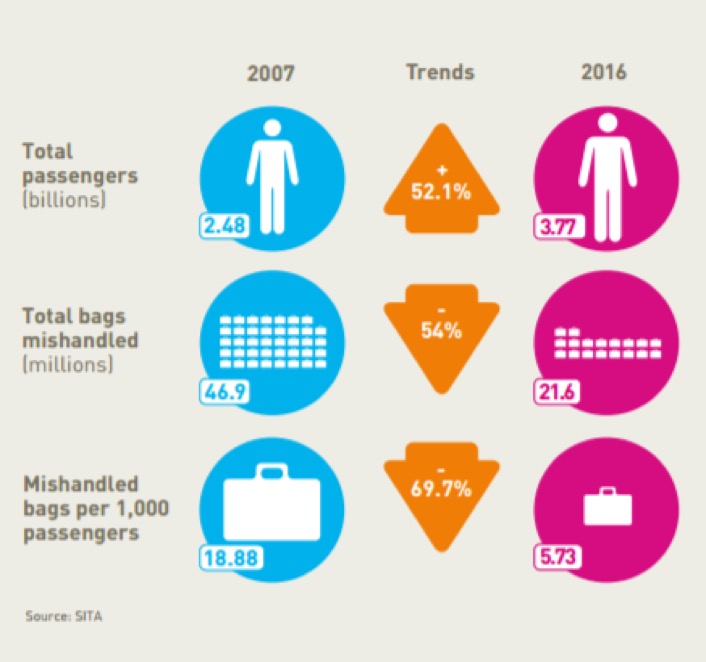 The future for baggage tracking lies with RFID tracking. This innovative solution is highly accurate and can track bags with an uncanny level of precision. The leading airline to pioneer and implement the technology is Delta, which invested $50 million equipping RFID scanners at all its 344 global operations centers. The result is, according to the airline, that they can track baggage with a 99.9% success rate—which is pretty impressive when you consider that the carrier handles 120 million items of luggage every year.

The new technology allowed Delta to upgrade its mobile app in 2016, which lets their customers track their bag at all of its 84 airports in the US, with the mobile app giving a map view of the bag’s journey. SITA argues that RFID tracking is the future, and if implemented across the board would save the airline industry an impressive $3 billion over a seven-year period.

Most of the improvements in 2016 where implemented by the various stakeholders to comply with the International Air Transport Association Resolution 753— slated to become effective June 2018. The objective of the resolution is to provide end to end baggage tracking information, that can be then passed on to the next carrier if needs be. To achieve this, baggage will be tracked through various key stages:

To achieve the implementation, several airlines and alliances have made major investments in baggage handling. Star Alliance has established a global IT hub for baggage handling. The new system, which went online at the end of 2016, is designed to cope with the 1.7 million passengers carried by the Alliance every day.

With the implementation of IATA Resolution 753 closing in, it is great to see the whole industry taking great strides to ensure our luggage is better tracked and arrives at its destination safely. The whole of the SITA report can be heavy reading, but if you love aviation, it is well worth a read.

4 / 5 ( 9 votes )
Share this:
AwardWallet Tip of The Day
Did you know that you can automatically import all of your travel plans from AwardWallet into your calendar? All you have to do is to grab the iCal link from the left menu of your timeline and create a calendar subscription in your preferred calendar. Show me how