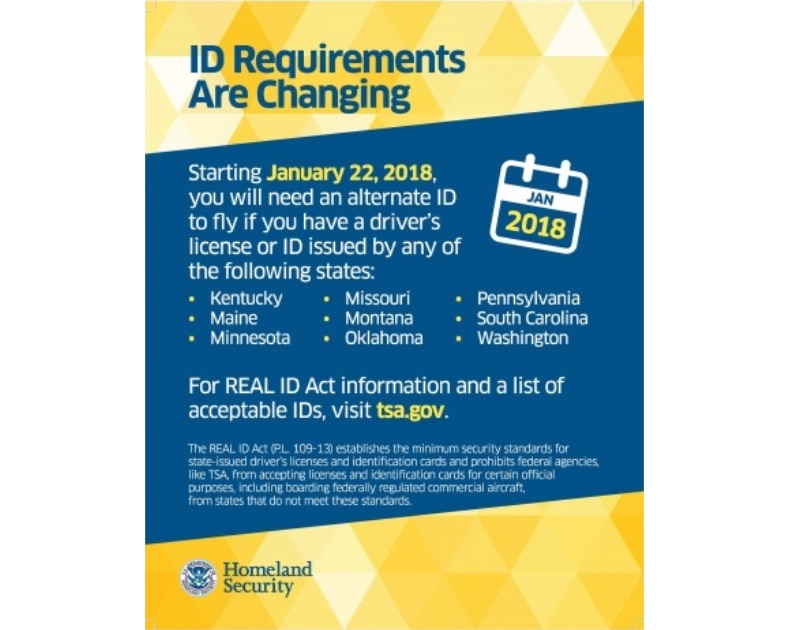 New ID Regulations Could Be Problematic for Some US Travelers

The efforts of clearing TSA security is going to get more difficult for residents of 9 of the 50 states. This is due to changes in arising from the REAL ID act; as of January the 22nd, 2018; all state-issued identification must be compliant with the REAL ID act rules.

Currently, the list of identification acceptable by TSA is significant and ranges from a US passport or driver’s license to a US Merchant Mariners Credential. Although the vast majority of US travelers on domestic routes will use their driving license. Here is the full list from the TSA.

What is REAL ID?

Passed by Congress in 2005, the REAL ID Act enacted the 9/11 Commission’s recommendation that the Federal Government “set standards for the issuance of sources of identification, such as driver's licenses.” The Act established minimum security standards for state-issued driver’s licenses and identification cards and prohibits Federal agencies from accepting for official purposes licenses and identification cards from states that do not meet these standards. States have made considerable progress in meeting this key recommendation of the 9/11 Commission and every state has a more secure driver’s license today than before the passage of the Act. More on the REAL ID act.

This is where the problem arises since the REAL ID act requires states to comply with certain security measures regarding their State Issued Identification. The states that do not comply include Kentucky, Maine, Minnesota, Missouri, Montana, Oklahoma, Pennsylvania, South Carolina and Washington. Therefore, residents of these states will no longer be able to use their ID to clear TSA security checkpoints.

Although the changes do not come into effect for almost a year, the TSA has started placing posters in the majority of US airports to remind travelers that their ID may be no longer valid for travel in the long run, and that if they still have State ID issued by any of the non-compliant states, they will need to produce alternative ID to be able to clear TSA checkpoints. 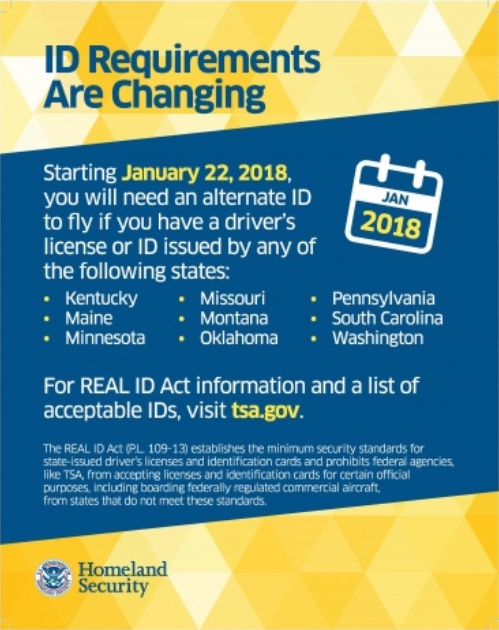 Hopefully within the next year, states will take steps to become compliant with the REAL ID act, and save their residents the hassle of having to carry supplementary ID when traveling domestic. In the meantime, as and when a state’s status changes and becomes compliant with the act, TSA will be updating its posters around the country.

5 / 5 ( 4 votes )
Share this:
AwardWallet Tip of The Day
Did you know that you can automatically import all of your travel plans from AwardWallet into your calendar? All you have to do is to grab the iCal link from the left menu of your timeline and create a calendar subscription in your preferred calendar. Show me how