Earlier this year, Alaska and Aer Lingus announced a new partnership that allows members of both loyalty programs to enjoy benefits when flying with the other airline. Two months later, Alaska began allowing members to credit miles from paid tickets on Aer Lingus to their MileagePlan accounts. The final big step for the partnership rolled out shortly thereafter, allowing Alaska frequent flyers to redeem their miles for award travel on Aer Lingus.

We didn’t cover the initial announcement because it was fuzzy on details, and the key benefits of earning and redeeming miles didn’t have a firm timeline, but now that Alaska MileagePlan has fully implemented mileage earning and redeeming for Aer Lingus flights, it’s time to take a look at how to best utilize this new option.

It has long been possible to redeem British Airways Avios to fly with Alaska, so we’ll be focusing on using Alaska miles to fly with Aer Lingus.

Alaska is a great program because it offers highly competitive prices on awards and lets you book a stopover to visit an additional destination on one-way award tickets. While Alaska Airlines is not a member of any single alliance, they are partnered up with over a dozen airlines around the world. Read our article on Alaska Airlines Mileage Plan Sweet Spots to learn more about other great redemptions with Alaska miles.

Currently, you can redeem your Alaska Miles on Aer Lingus flights at the following saver rates: 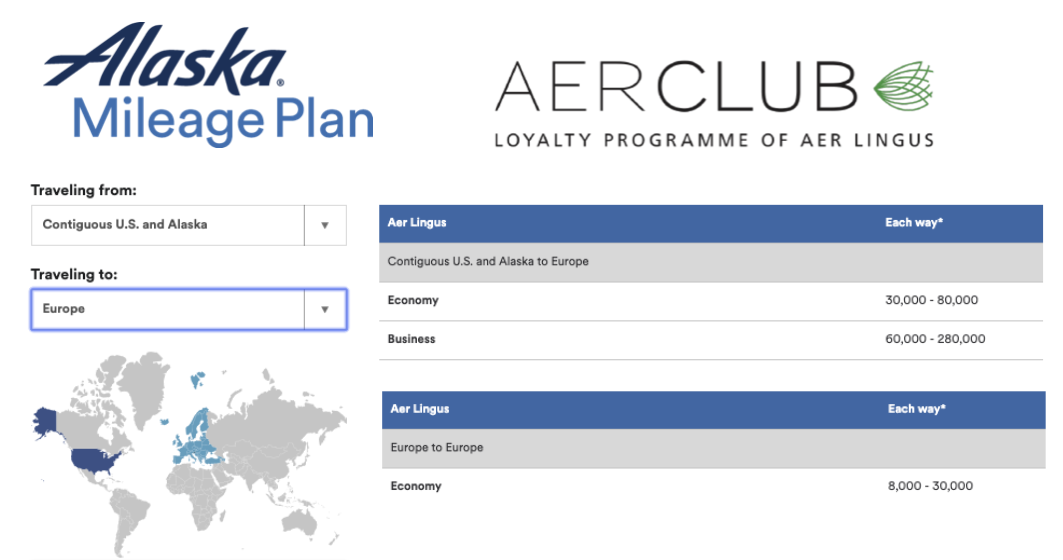 Getting the Best of the Deal

It's worth noting that non-stop, economy flights from North American hubs currently price at 22,500 miles, although this isn't included in Alaska's Aer Lingus award chart. It looks like any connection on an Alaska-operated flight will increase the cost to 30,000 miles. We aren't sure if you can add a connection from Dublin to another European destination at the 22,500 level, but either price is a solid value compared to other programs. You'll also notice that the award chart gives a price range for each point requirement. Alaska seems to be offering non-saver award seats on Aer Lingus flights, but this is usually a terrible use of miles, especially at the high end of the price range.

The Alaska and Aer Lingus partnership also offers layovers in Dublin for as long as you want (but don't overstay your 90-day visa in the Schengen Zone). It will still be considered as a single booking with your reward miles, but you can spend a week or a month in Dublin before moving on to mainland Europe or the U.K. This is a great way to get more value out of Alaska and one of the primary reasons to use MileagePlan miles instead of another program for one way travel.

Aer Lingus flies directly to Dublin from 14 locations in North America (7 of which are not served by any other airlines). If a direct route isn't convenient, you can still book an itinerary from any airport served by Alaska or Aer Lingus with this partnership.

For example, someone who lives in Montana can get round trip flights from Missoula to Barcelona for 30,000 miles, plus $109 in taxes and fees. Not all the economy flights are available for 30,000 miles; most seemed to be going for 60,000 and a few at the full 80,000. Saver business class availability is even more scarce, but it is possible to find seats if you have a little flexibility in your dates.

Additionally, the surcharges vary wildly. One return flight I found from Edinburgh to Seattle had over $400 in taxes and fees, despite being a low 30,000 miles for each direction.

It's great to see this partnership in action. Although there are many excellent uses of Alaska miles, the addition of Aer Lingus redemptions is a win for everyone. As far as we can tell, the option to book on Alaska with Aer Club points isn't yet available. If you're looking to use Avios points for Alaska travel, you can do that with British Airways Executive Club. You can't search online for Alaska space with British Airways, so you'll need to find saver level space using AlaskaAir.com or AA.com and call British Airways to book.

4.7 / 5 ( 6 votes )
Share this:
AwardWallet Tip of The Day
Did you know that you can track travel vouchers with AwardWallet? The next time you receive a travel voucher (e.g. $300 voucher valid for 1 year), you can save it in your AwardWallet profile and be notified before its expiration. Show me how 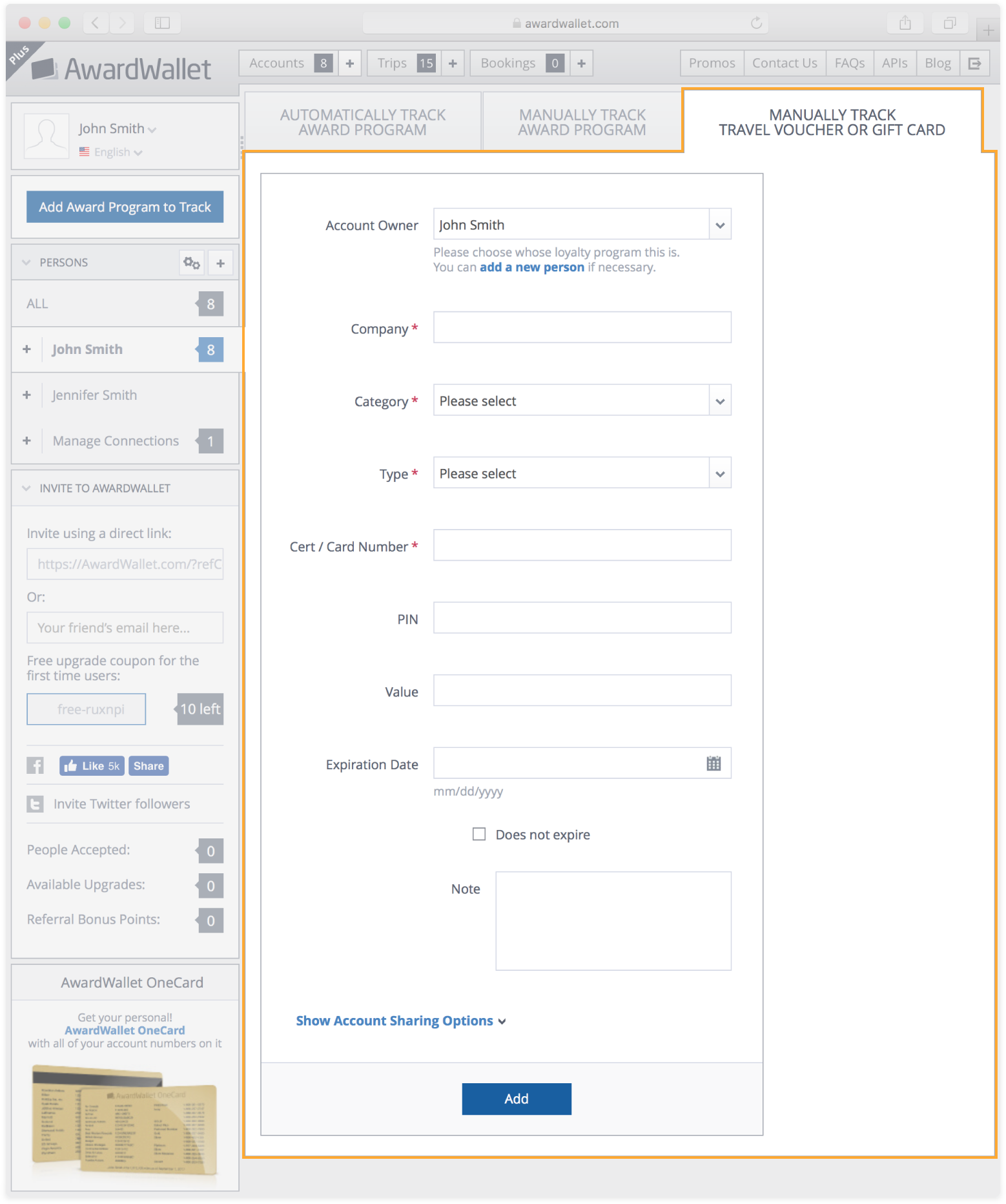