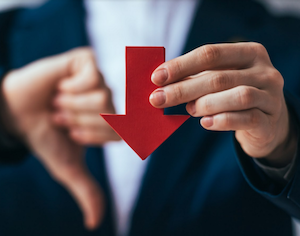 The new American Airlines AAdvantage award chart goes live on March 22, 2016. And while changes like this are just a part of the points and miles life, they're still not fun. Not all of the award increases are that significant, but there are some awards you will want to book now.

Here's what you need to know.

They say that the only sure things in life are death and taxes, but price increases for frequent flier awards can't be far behind. When airlines make changes to their frequent flier programs, they usually take the opportunity to raise the number of miles needed for an award flight, reducing the value of your miles.

Following its merger with US Airways, American Airlines is now the largest carrier in the world, and it already announced changes in its award chart that will take effect on March 22. So between now and March 21st, it's important to learn what these new changes are, and take the time to book the best awards before the price goes up.

International first class awards are experiencing the largest changes. These are the super-premium lie flat seats that are more luxurious than international business class. Among largest increases are:

The increases in Business class international awards are significant, but less dramatic:

When airlines impose dramatic increases on their award charts, they often decrease award prices on a few select routes so that they can issue a press release claiming that they are merely making some “changes.” In keeping with this tradition, American has made just a few economy class awards cheaper:

Finally, American is introducing a new category of domestic awards for trips under 500 miles that will now cost just 7,500 miles each way. Currently, all domestic flights in the lower 48 states cost 12,500 miles each way, no matter how short the flight is.

What stays the same?

Unchanged are domestic flights in economy class, which remain 12,500 miles each way, as well as first class (on two class aircraft) at 25,000 miles each way. Economy class awards to southern South America and Europe are also unchanged.

What you should do

In general, it's usually better to book award flights sooner rather than later. Most award seats are released 9 to 11 months in advance, and the best awards are often snatched up quickly. But, in this case, where an airline has given us advanced notice of award price increases, you should look very closely at the awards that are going up in price, being sure to book them before March 22d. Thankfully, American allows most changes to award flights for free, so long as the origin and destination remain the same. Therefore, you should have the opportunity to change the dates of your award after March 22d, and even some of the flights, without incurring a change fee or paying additional miles. If you would like professional help booking your award – we're here for you.

Of particular interest should be any awards that are in international first class. American is partnered with carriers such as Japan Airlines (JAL), and Cathay Pacific that offer some of the most opulent service in the world, and the price of one of these flights to Asia will rise dramatically by 35,000 miles round trip (to the Asia 1 zone), and an incredible 85,000 miles round trip to the Asia 2 zone, which includes Cathay Pacific's hub in Hong Kong and Asian destinations requiring a change of planes there.

Just note that several Asian carriers that are American Airlines partners do not display award space at AA.com. These include JAL, Cathay Pacific, Malaysia Airlines, and Sri Lankan. To book these awards, you have to call the American Airlines reservations number. And to have the maximum chance of finding one of these award seats, it helps to perform a search yourself using the British Airways web site. If awards are available to British Airways customers, then you should be able to book them with your American Airlines miles by calling American's AAdvantage award reservations phone number: 800-882-8880.

First class awards to Europe should also be a priority, but only when you can find seats on American Airlines flights, as British Airways is their only other partner carrier that offers an international first class cabin. And sadly, British Airways imposes massive fuel surcharges that can add up to over $1,000 per ticket, ruining the value of a so-called award flight. Here's our post on how you should redeem British Airways Avios.

Business class awards to Asia and Australia/South Pacific should also be booked before the increase, as those are going up by a significant 20,000 – 35,000 miles round-trip, depending on your destination. And while many other awards are going up, the increases are often 2,500 to 5,000 miles each way, low enough that it probably won't make a huge difference to most travelers.

On the other hand, it's worth taking a look at the flights that are going down in price, including both economy and first class flights to Mexico, the Caribbean, and Central America. If travel to one of those destinations is in your plans, just hold off another few days in order to save some miles on your award flight.

It's no fun when an airline increases the number of miles needed for its beset award flights, but its inevitable. By booking a trip now before the higher mileage levels apply, this may be your last chance to experience a premium class award flight at an affordable rate.

5 / 5 ( 6 votes )
Share this:
AwardWallet Tip of The Day
Did you know that if you connect your AwardWallet profile with another AwardWallet user, you can share your accounts with that user? Select the desired accounts and choose Share accounts from the Actions menu. Show me how