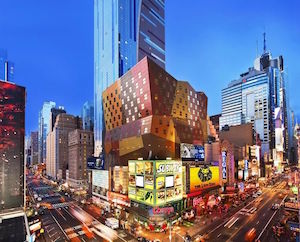 Starwood Sued By Its Hotel Owners In Surprise Lawsuit

The complaint alleges that the Marriott takeover would violate the terms and conditions of the plaintiff's contracts with Starwood, which contain radius-restriction clauses prohibiting:

“any other hotels within a certain delineated geographical region of Chicago and New York City (with certain specified exceptions).”

The areas of protection, (AOP), in Starwood's contracts with Sheraton and Westin state that Starwood cannot own or operate competing hotels within the specified zones. The suit from the hotel owners argues that, if acquired by Marriott, the two hotels would likely suffer financial damages.

It's the second time that Marriott's purchase of Starwood has looked a ‘sure thing' only for the deal to be held up by an unforeseen complication.

Sheraton and Westin are 2 of the 10 brands Marriott will add to the 19 it currently operates if the merger goes ahead, creating the largest hotel operator in the world. The Marriott-Starwood merger is set to close mid-year but with legal challenges going through the courts, it will be interesting to see if it stays on schedule.

Spokespeople from both Marriott and Starwood declined to comment on the suit.

Starwood Sued By Its Hotel Owners In Surprise Lawsuit
5 (100%) 1 vote
Share this:
AwardWallet Tip of The Day
Did you know that you can track loyalty accounts and travel plans for your entire family with one AwardWallet account? Simply add your family members and then add their programs to AwardWallet. Show me how