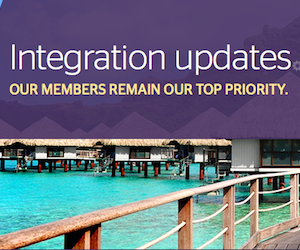 Marriott-Starwood Merger Finalized By Shareholders - What Comes Next For Loyalty Members?

The Marriott-Starwood merger is finally a done deal with shareholders of both hotel operators voting to approve the sale in Fridays special stakeholder meeting.

How the Starwood Purchase Played Out

The vote caps off a turbulent month for both companies. Most commentators considered the original Marriott-Starwood agreement signed, sealed and delivered until Starwood accepted a surprise bid of US$13.2 billion from Anbang Insurance Group on March 18.

Marriott returned fire three days later with an offer of US$13.6 billion, prompting Starwood to sign an amended merger contract. When Anbang counter-offered at close to US$13.8 billion a week later, it was hard to imagine the deal getting more dramatic, but it did.

At the last minute, without supplying any details, Anbang walked away from the deal citing “various market considerations.”

The bidding war leaves Starwood shareholders a billion dollars better off than the original November 2015 agreement. But, for Starwood Preferred Guest members, hopes of the Starwood brand and it's loyalty program staying independent died with the failed Anbang takeover.

So How Will This All Translate for Loyalty Members?

Marriott has been crystal clear this month about its intentions for the SPG program, announcing its plan for a single loyalty scheme when submitting its revised proposal.

First thing to note here is the timeline.

Although the merger is on a clear path to a June close date, Starwood, and Marriott both stated that the combined loyalty program will not kick off until 2018, and that is a good thing for several reasons.

“The most important thing for us to succeed at is the loyalty program,” he said. “You’ve got with SPG and Marriott Rewards two big groups of very loyal customers. We’ve got to make sure you’re enthusiastic about the changes. I think we can make sure the benefits stay the same if not get better and offer them a broader selection of places to stay.”

2. In its email to members on Friday, Starwood mentioned a “newly combined program.” As yet there has been no mention of rolling SPG into Marriott Rewards and that has caused a lot of speculation on whether we will see an entirely new loyalty program launched in 2018. Maybe even combining SPG, Marriott Rewards, and The Ritz Carlton Rewards programs.

A new program would make a lot of sense from Marriott's standpoint. It would allow American Express to be brought into the conversation for a new co-branded credit card, and give Marriott a chance to swing it's enlarged bargaining power around.

There are still big unanswered questions for members from both programs, like if Marriott will honor SPG elite perks and lifetime Gold and Platinum status.

However, moving forward, we won't know more until the deal is finalized and they start building links between the two programs. As with all big mergers, members from both programs will have to give up something, that is almost a certainty.

I'll leave you with the reassuring words of Starwood CEO Thomas Mangas in his interview with the Economic Times:

“Members are worried that in a combination, these great benefits that they have enjoyed might be eroded,” he said. “I’ve heard Arne [Sorenson] talk about how foolish it would be if they destroy those relationships. So the last thing they would want to do is pay almost $14 billion and lose all these great loyal customers.”

4.8 / 5 ( 5 votes )
Share this:
AwardWallet Tip of The Day
If you choose to store all of your passwords locally on your device, instead of storing them in our secure database, you can, and should, periodically back them up into a file. In the event that you delete your cookies, these passwords would be deleted, and with a proper backup you'd be able to safely restore from that backup file. Show me how