One trait of Japanese frequent flyer programs is the tendency to translate the program information in such meticulous detail, that readers suffer from data overload.

The original intention with our ANA post(s), was to nail just one guide that touched on award pricing, definitions, sweet spots, and how-to book an award. But after digging into the program in depth, we’ve had to break it up into three posts.

This post acts as a companion post to the ANA posts below, clarifying the complex award charts and routing for Mileage Club:

Note that ANA passes on carrier-imposed surcharges (fuel surcharges) on the majority of awards. The few partners that don’t have surcharges tacked on include Air Canada, Air New Zealand, Air China, Etihad, Hawaiian, and United, a list which includes some amazing long-haul airlines and opens up surcharge-free travel to numerous destinations. 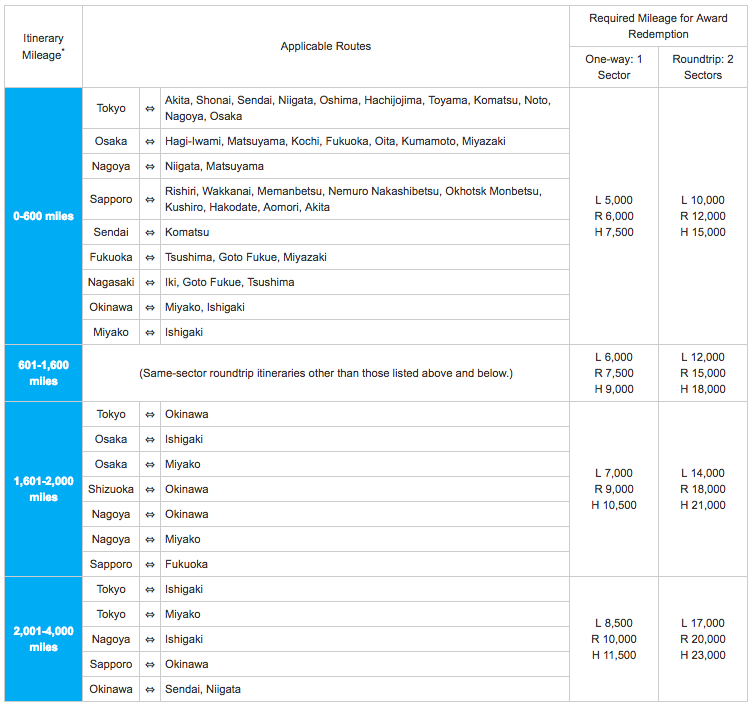 We only touch on ANA Domestic Awards briefly to explain how they work, as this chart is the least used of the four. 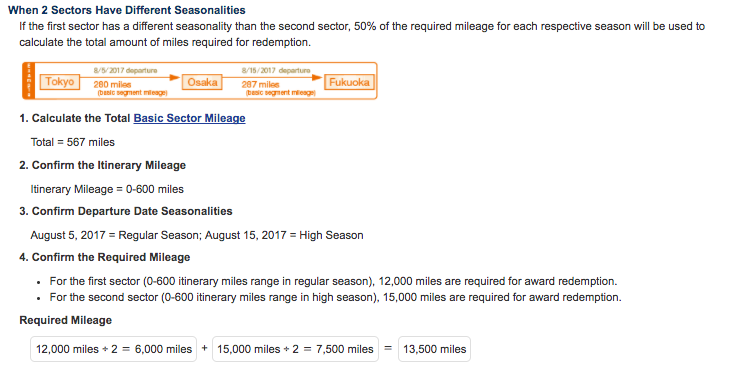 You can find all the details of Low, Regular, and High Season dates through to 2019, plus domestic award rates, on the Domestic Chart page of ANA’s website. 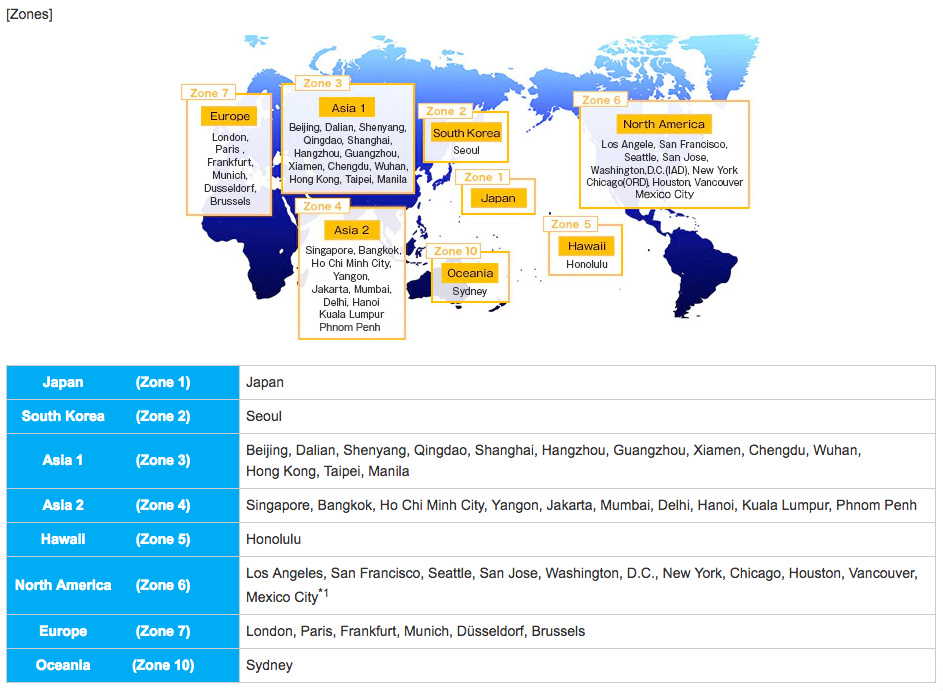 The dates on ANA’s award seasons change every year, so we’ve included the dates for 2017/18/19 below. Bear in mind, these only apply to ANA domestic and international awards, not partner awards. 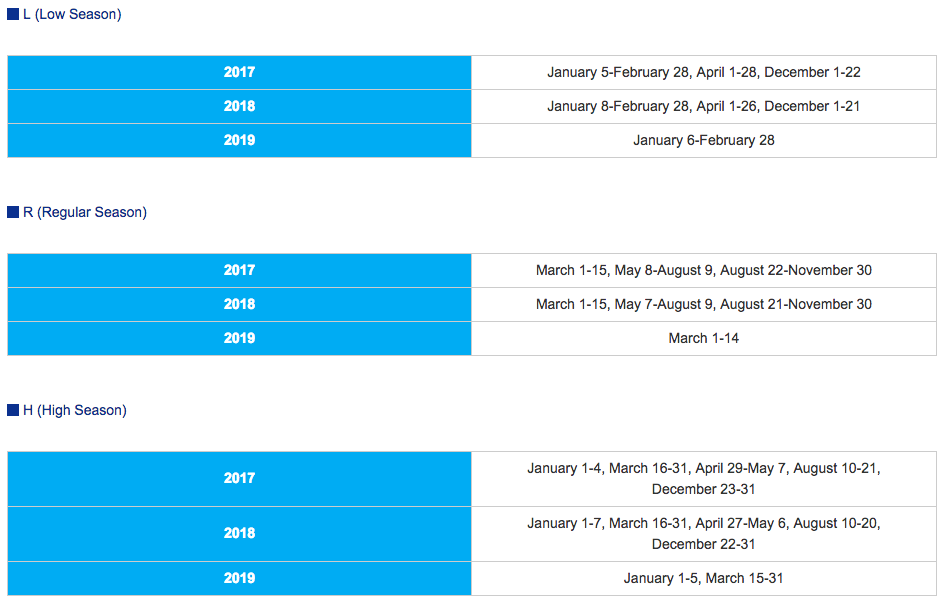 Partner award charts from the US and Europe are straightforward, and show award rates across all three classes. They don’t include Japan, however, which is explained below.

ANA Partner Award flights into and out of Japan require more explanation. The chart is split into Zone 1-A and Zone 1-B.

Zone 1-A awards contain only one overseas sector. So, for example, a non-stop flight of SFO—NRT would qualify for the Zone 1-A award rate, as would an award that contains connecting flights within Japan (up to 2 connections).

Zone 1-B awards apply to all other international awards. If you have any stopovers or connecting flights outside of Japan, including layovers or open jaws, then you qualify for Zone 1-B award pricing.

There's also restrictions on the region you use as a connecting point. ANA has broken the regions up into three ‘Areas’ which you can see below.

This is an important point to consider when booking an award, and one of the most common errors thrown up by the ANA booking interface. If you book an award from Area 1 (the Americas) to Area 3 (Asia + Oceania), you cannot connect in Area 2 (Europe, ME, and Africa).

It does, however, open up some interesting routing options which we cover in more depth in our post on ANA sweet spots.

The final chart is for RTW awards. This chart is essentially ANA’s pre-2015, distance-based award chart with a few additional restrictions thrown in to make it interesting. We’ve pulled the T&C’s for the RTW itineraries off ANA's website and summarized them below. 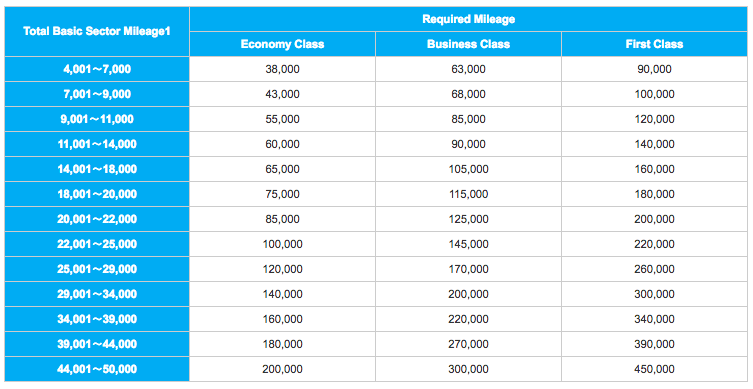 To price up an RTW award, use a tool like GCMap.com, input the airport codes in the order of travel, and tally the total sector mileage against the award chart to determine the cost of the award. 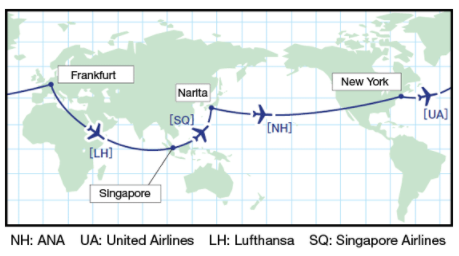 This simple example pulled from ANA’s website came to a total 20,313 miles, so you could book an RTW award ticket for just 85K plus taxes + fees in economy, or 125K in business. Unreal value, and something we delve into further in our sweet spots post.

ANA’s stopover and open jaw policies can take some deciphering, as the policy changes depending on if you fly ANA or a partner.

For ANA International Awards, you can't have a stopover if you're departing Japan, but can book one stopover and an open jaw when departing other countries.

“En route disembarkation is not possible for itineraries which depart from Japan.
Itineraries departing from other countries can have 1 stopover en route to the destination.”

The rules for ANA Partner Awards are different again, and you can book a stopover and open jaw itinerary when departing any country including Japan.

To calculate mixed season and mixed class awards, divide the combined miles and divide them in half to get the total. We've provided an example of this in our ANA sweet spots post.

ANA offers a US-based co-brand card from First National Bank of Omaha, the ANA Card U.S.A. But compared to rewards cards on offer from Amex, it makes more sense to transfer points into ANA from MR or SPG.

And, if you transfer 60,000 Marriott Rewards points earned on cards like the Marriott Bonvoy™ American Express® Card, you’ll receive 25,000 ANA miles thanks to the 5K bonus miles Marriott contributes to its airline partners!

There's a lot to love about ANA Mileage Club. Some of the best award pricing available, and awards that you can book online or via reservations agents that are well-trained and speak English without issue.

Things to watch out for include the complex award charts and confusing routing policies and be wary of the fact ANA doesn't offer an official award hold policy (although they have been known to hold awards for 48 hours when you book by phone). Point transfers from both Marriott and Amex are final, and the last thing you want is 100/200K miles orphaned in an account with a strict miles expiration policy (miles expire 36 months after accrual/transfer, with no option to extend expiry).

ANA’s award charts are a lot to take in, so if there's anything we’ve covered in this post that doesn’t make sense, please reach out, and we’ll do our best to clarify it.

4.4 / 5 ( 11 votes )
Share this:
AwardWallet Tip of The Day
Did you know that you can view all accounts with balances that have changed in the last week or month? Show me how 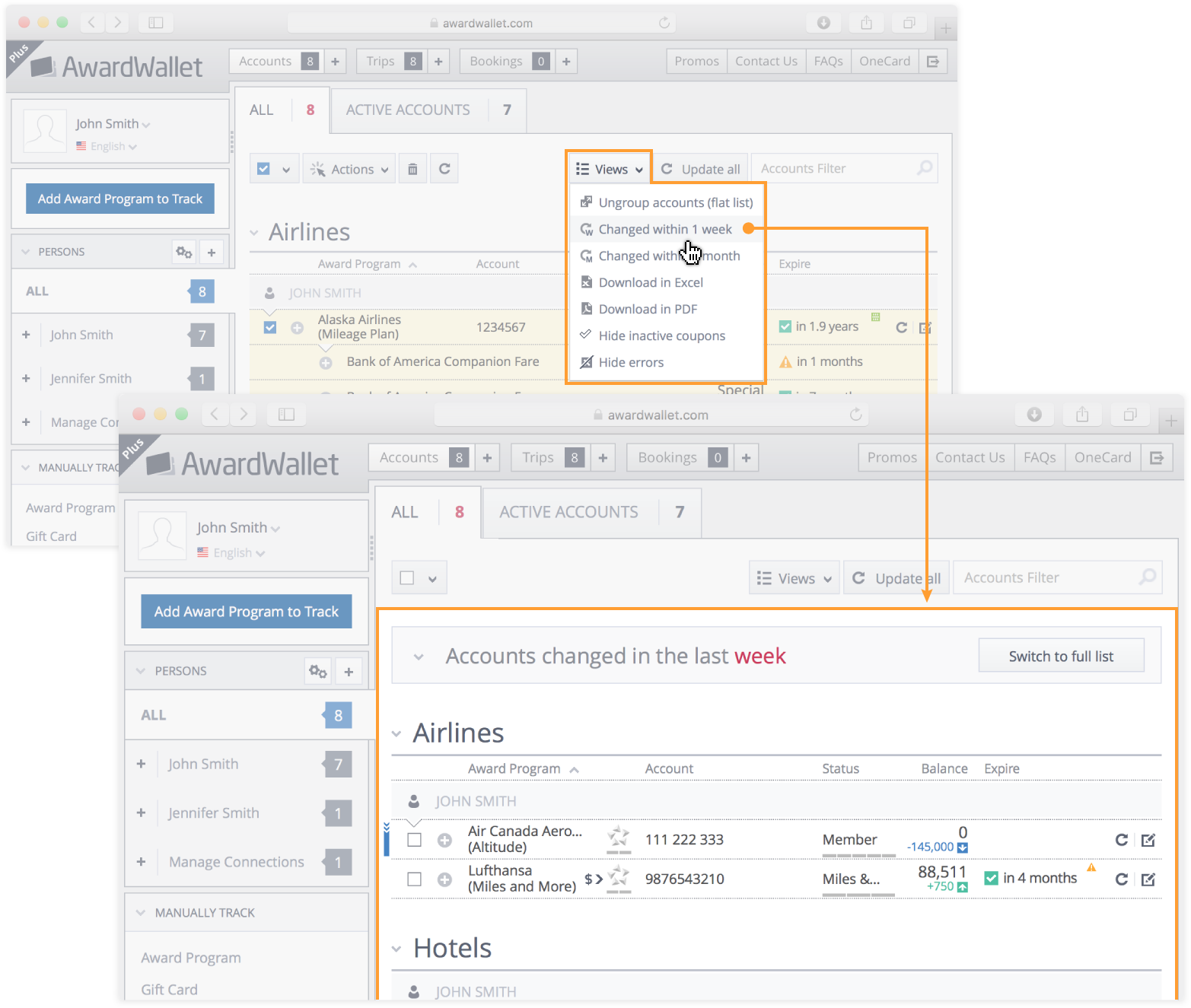