When Should You Transfer Chase Ultimate Rewards to Southwest?

Most airline loyalty programs adhere to either a region-based (such as American, Delta, and United) or distance-based (including British Airways) award chart, where you'll pay a set amount of miles based on the regions your travel includes or the distance for the flights you book. With Rapid Rewards, there are no awards charts based on region or distance. As long as there is a seat for sale, it is eligible for a redemption using your Rapid Rewards points. The price is directly correlated to the cash price you'd otherwise pay; the higher the cash rate, the more points it'll cost you and vice-versa.

Southwest sells three types of fares for all of their flights: Business Select, Anytime, and Wanna Get Away. 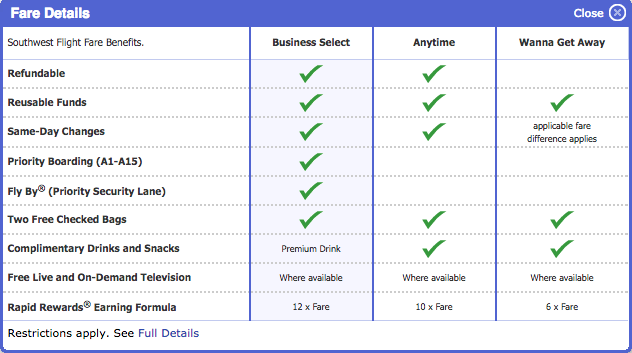 Redemption Value of Southwest Points & When to Transfer

When redeeming Rapid Rewards, you'll be required to use more points for a more expensive fare. To put this in perspective, let us compare fares for the same random date in the future for a one-way ticket from Chicago-Midway (MDW) to Orlando (MCO):

Even though there appears to be a fixed point-value for all cash rates, that does not mean the redemption value is the same for all flights. Taking into consideration the $5.60 fee that would need to be paid on any of these points redemptions, we see four different redemption values for the different fares available for on the MDW-MCO route used as an example:

For under $100 fares, you can get a value of over 1.7 cents per point. Take a look at cash fares available for these four Ft. Lauderdale (FLL) to Baltimore/Washington (BWI) flights:

Now look at the points fare for the same flights:

In this case, you would receive a redemption value of 1.74 cents per point.

While redemption values in excess of 1.7 cents per point are a good goal with Rapid Rewards, anything over 1.55 cents per point is acceptable. Redemptions that return a value less than that should be avoided, especially if you're receiving less than 1.5 cents per point. Remember, if you're cashing in points earned from your Sapphire Reserve, you'll get 1.5 cents/point in value — why not just use those points to book flights, where you'd earn rewards?!?

Other Factors to Consider

Among the many reasons to love Southwest Airlines, there are two that stand out from all others. First, Southwest is the only U.S. commercial airline left that will allow you to check a bag for free (subject to weight and size limitations); they'll let you check two. Depending on your scenario, this could easily save you more than $75 each way.

Another perk with Southwest is that there are no award modification fees. If you book a ticket using Rapid Rewards and need to change or cancel your award you can do so without penalty. Your points will redeposit for no additional charge. If you need to change your award, you can do so simply by paying the difference in the fare with your points. A bonus perk is that if you notice the fare drops, you can call up and have the difference refunded to your Rapid Rewards balance!

5 / 5 ( 4 votes )
Share this:
AwardWallet Tip of The Day
Did you know that you can set individual goals for each of your loyalty accounts? Progress towards that goal is displayed under your account balance. You can set goals in bulk or individually by selecting the account(s) and clicking Set Account Goals under the Actions menu. Show me how 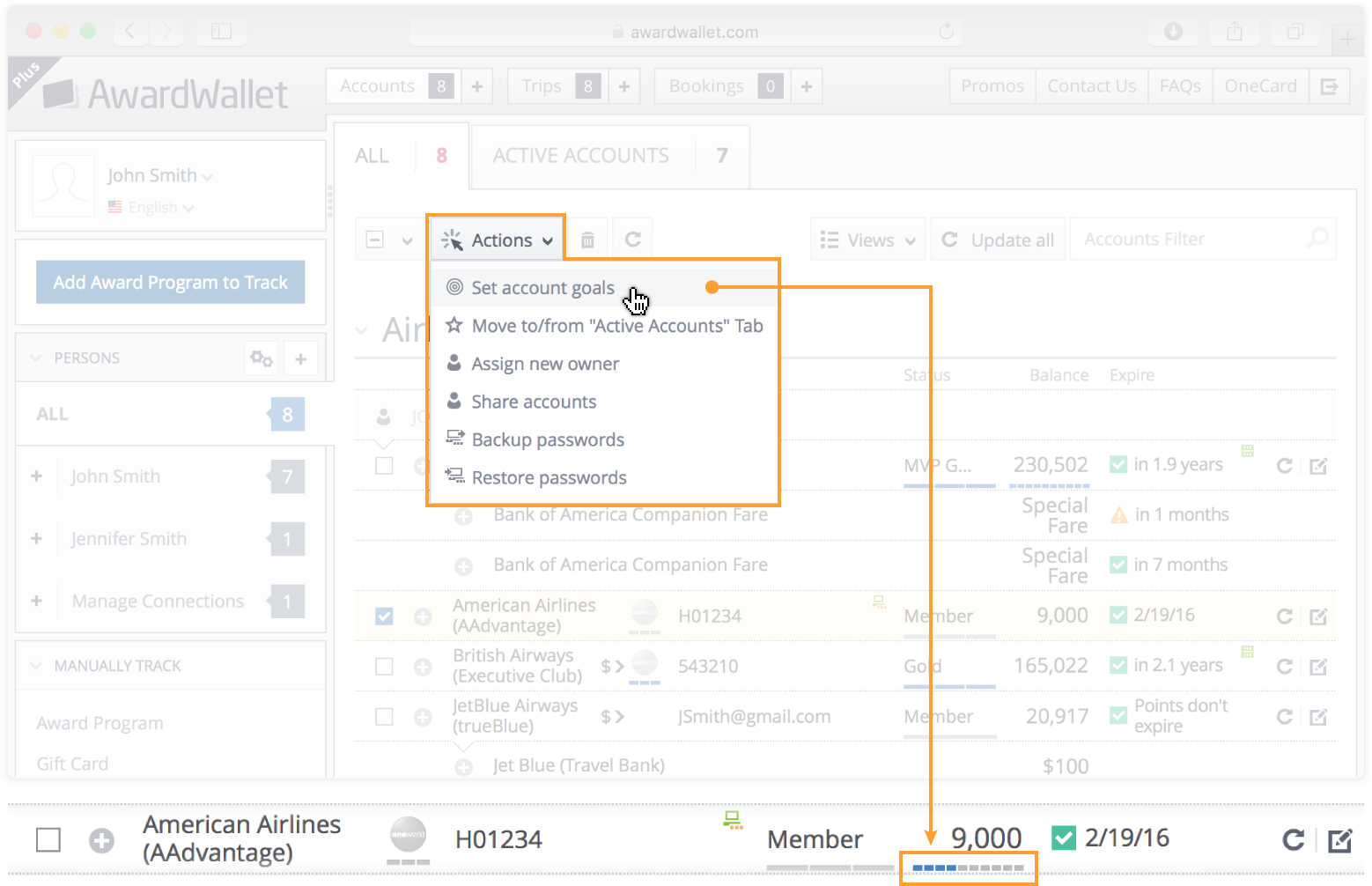