When American Airlines and JetBlue announced their Northeast Alliance partnership, a lot of details were still a mystery. Now, we have some of the most important details. In this post, we'll break down award redemption pricing from one partner to another and also the elite status benefits you can expect when flying on the other partner.

The so-called “Northeast Alliance” is a partnership between American Airlines and JetBlue that was first announced in mid-2020. First, this partnership added codeshare flights on select flights in and out of the Northeast. However, the partnership has grown to include dozens of new flights from key markets.

It's also important to note that this partnership is moving forward and expanding, despite a lawsuit from the Department of Justice. JetBlue and American have responded with a dedicated website arguing the case for their partnership.

Redeeming Miles to Fly on the Other Airline

American Airlines is using the same redemption tables that are used for all other partners. Thus, there's no special mileage table to consult when redeeming for JetBlue flights.

Here is the American Airlines award table for economy flights departing the continental U.S. & Canada (prices are one way, per passenger):

Here is the AAdvantage mileage chart for award redemptions that include flights in JetBlue Mint class: 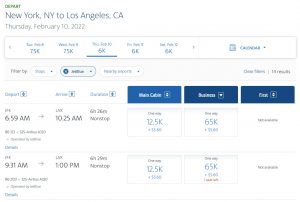 One of the key details in any airline partnership is what benefits elites from American Airlines can enjoy on JetBlue and vice versa. These reciprocal benefits are now active as of October 13, 2021.

AAdvantage Benefits when Flying on JetBlue

You can add your AAdvantage number when checking in online, at the airport, via kiosk, or in the app for a JetBlue flight. No waiting in line to talk to a person is required. AAdvantage elites should get the following benefits:

JetBlue Mosaic members will enjoy the following benefits when flying on American Airlines:

It's interesting to note that JetBlue Mosaic members will board in Group 4 on AA flights. This is the same boarding group as Gold elite members, oneworld Ruby members, AirPass members, those flying Premium Economy, those with the Citi® / AAdvantage® Executive World Elite Mastercard® card, any travelers who bought Priority boarding, and eligible corporate travelers.

Group 4 boarding is later in the boarding process than people flying in first class & business class, as well as those with AAdvantage ConciergeKey and Executive Platinum, Platinum Pro, and Platinum status. It's also behind the boarding order for oneworld Emerald and oneworld Sapphire members.

There are still some things to iron out, such as putting your JetBlue TrueBlue redemptions for American flights. However, the partnership between American Airlines and JetBlue continues to move forward. We now having pricing for JetBlue award flights using AAdvantage miles and lists of benefits that elites can enjoy when flying on the other airline. As the partnership continues to progress and more information is known, we will continue to provide updates.

Will the American-JetBlue partnership change your travel experience, or does it not do anything for you? Let us know.