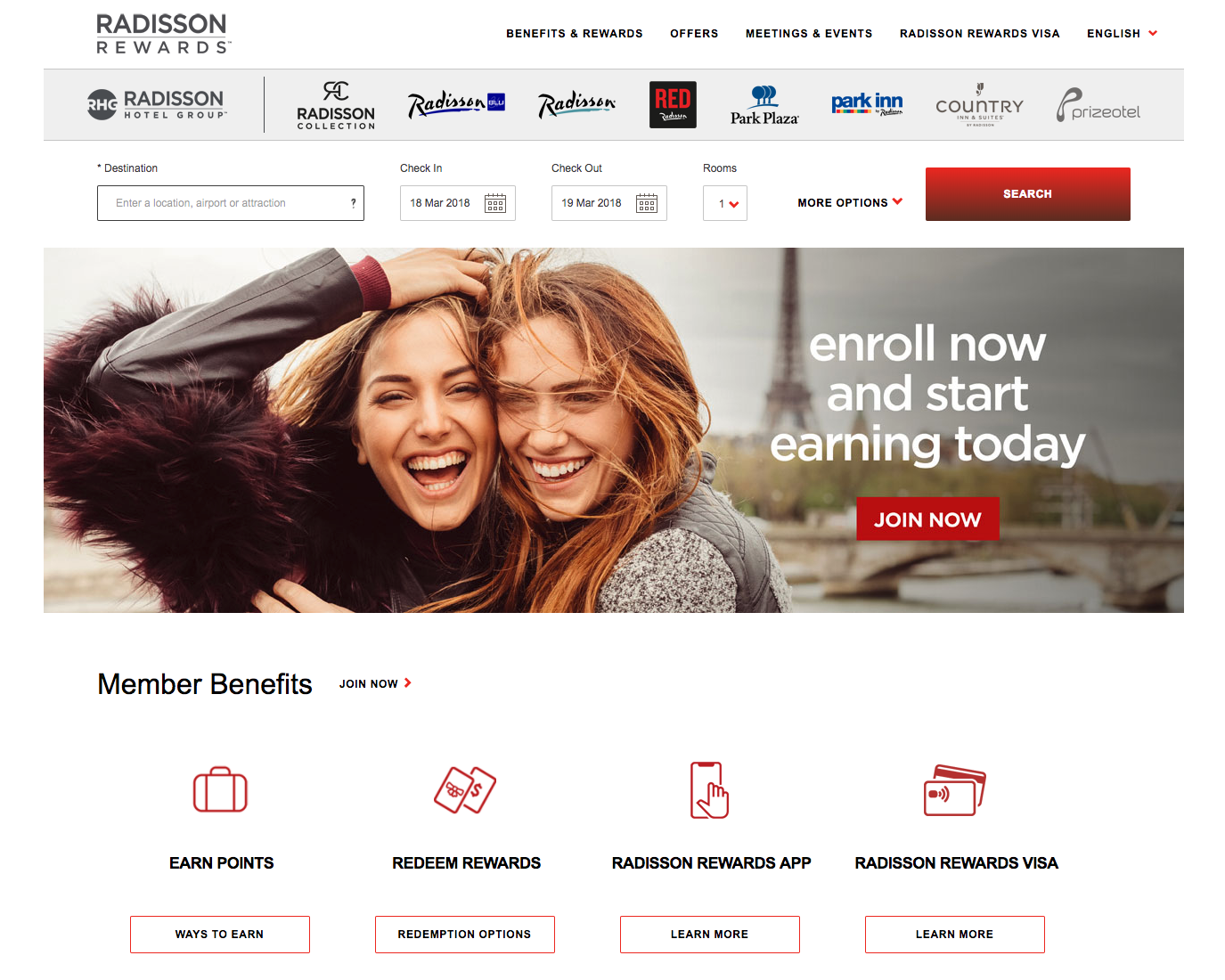 Club Carlson has announced that it is undergoing a bit of a transformation and is rebranding effective immediately to Radisson Rewards. The rebrand comes with positive and negative changes and includes changes to tier names, tier earning bonuses and a reduction of the number of nights needed to qualify for Elite status.

The first thing to change is the names of the different tiers in the program. Red and Concierge are gone to be replaced by Club and Platinum respectively. The new tier levels and their old equivalents are as follows:

Radisson Rewards has simplified its tier earning bonuses for Elites; instead of earning a percentage bonus, elites will earn a greater number of points per dollar spent. The new earnings compare to the old earning rates as follows:

While the system is simpler, after 10 seconds with a calculator, it becomes apparent that this is also a devaluation in earning for Silver and Gold members, while Club and Platinum level members see no change to their earnings with the new system.

Part of the move to Radisson Rewards is a reduction in the number of required nights to achieve elite status. The new qualification thresholds are as follows:

There is also a slew of minor changes coming to the program:

Things That Have Not Changed

Apart from the above, there is little else that has changed with the new Radisson Rewards program. Award nights still start at 9,000 points per night, and the award chart has not changed. Membership benefits have largely remained unchanged, and Platinum members still receive free breakfast and 48-hour guaranteed room availability, along with other trivial benefits.

This really is an exercise in marketing. Yes, you can earn more free nights with Radisson Rewards and their co-branded credit cards and the point earning structure wasn’t decimated, but the core issue of a lack of high-end properties in the U.S. remains.

We’re happy to see a realization that the program needed a rebrand, and we agree that this makes sense. That said, we’ve love to see something happen with their credit cards and loyalty program that put it on par with what we get from Marriott, Hilton, IHG, Hyatt, and SPG.

5 / 5 ( 6 votes )
Share this:
AwardWallet Tip of The Day
Did you know that you can download a list of all of your loyalty accounts into a single Microsoft Excel file? Show me how