Airlines must sense how close people are to feeling comfortable to travel again—they're lobbing deals at us left and right! Over the last week, we've seen numerous fares that can only be described as incredible.

Whether you're ready to start traveling now or just feeling optimistic for the rest of 2021, we wanted to make sure you knew what's out there. So, we've rounded up the best of the bunch. Between trips to South America, Hawaii, or London in Delta One, AA Flagship First, or Aeromexico economy—there's something here for everyone.

For anyone dreaming of traveling to South America, Delta's currently offering unbelievable deals to Bogota (the capital of Colombia) from New York using SkyMiles. Starting this fall and running through the end of 2020, Economy and Comfort+ itineraries go for as little as 5,000 SkyMiles each way: 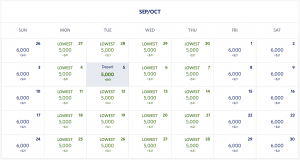 Obviously, you should opt for Comfort+ if the price is the same. Just note that most options include a stopover in Mexico City and a segment operated by Aeromexico.

Business-class availability is slightly less widespread, though the rates are almost as good. Starting July through late fall, you can book business class tickets for as little as 12,000 SkyMiles each way: 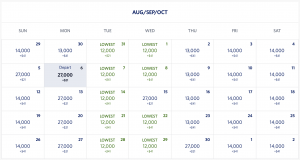 Again, most of these options involve a stopover in Mexico City; the direct Delta route typically costs double the price. However, the return departing from Bogota offers several dates where you can snag the direct route for the same price:

Delta operates a Boeing 767-300 equipped with its legacy Delta One product (not its newest “Delta One Suites” product) for this 5.5-hour flight. Still, it's a perfectly comfortable lie-flat business-class product. Moreover, at 12,000 miles each way, you can't beat the price.

Here's a great option for Pacific Northwesterners longing for some fun in the sun. Delta currently offers a variety of SkyMiles deals to beach destinations from Seattle. Perhaps the most intriguing of these options are first-class itineraries from Seattle to Cancun. Through mid-May, these go for as little as 10,000 SkyMiles one-way! 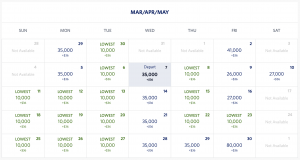 That's a fabulous price for a nearly 6-hour first-class flight.

Hopping back over the East Coast, there's an incredible cash fare for round-trip AA itineraries from New York to Santiago, Chile. Initially, these flights were priced for as little as $290 round-trip in Premium Economy. Unfortunately, availability has since shrunk and prices increased.

Thankfully, what's left still ain't half bad either. I'm still able to find lots of availability for the same itinerary and class of service through this summer for less than $500 round trip: 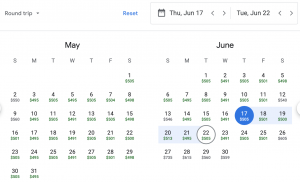 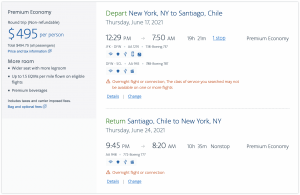 Ultra-low cash fares like this can also present a fantastic opportunity to use the travel portals offered by flexible award currency.

On the other hand, you could potentially save even more by using Amex Membership Rewards.

If you have the The Business Platinum Card® from American Express and you've selected American Airlines as your preferred airline, you can receive a 35% rebate on all AA flights paid with points. Even better, Amex Travel often offers slightly discounted fare prices with certain airlines. Put the two together, and you end up with this:

After the 35% points rebate, the same itinerary will end up just under 31,000 Membership Rewards points.

Finally, remember that flights booked via a travel portal like this earn miles as well! Depending on the route, American Airlines AAdvantage members can walk away from this trip with over 17,000 Elite Qualifying Miles!

Over the last year, AA's come out with several amazing Web Special offers for its Flagship First product. (You can see the previous deals I wrote about here and here.) So now that I saw other premium-class Web Specials floating around, I knew there were bound to be some good deals for Flagship First.

American Airlines currently operates a reduced schedule for its aircraft equipped with the Flagship First product. That means that we're limited in what markets we can search for it. Thankfully, once you're familiar with the routes, it's pretty easy to find the deals.

The trips to focus on are itineraries to/from London and Sao Paulo as well as transcontinental trips across the U.S. (like Los Angeles to New York or Miami). This is the pricing I'm currently seeing through the rest of the year:

Here are a few examples:

The following itinerary is especially interesting since it features two flights in Flagship First in the same itinerary!

Who couldn't use a trip to Hawaii right about now? Although Hawaii still follows relatively strict COVID-19 protocol, it could be worth the trouble for a little Hawaiian R&R. Still not convinced? Perhaps a lucrative AA Web Special in first class will change your mind.

Through the end of the schedule, AA loyalists can book first-class flights to several Hawaiian destinations for as little as 45,000 miles per way. Even better, AA seems to offer this pricing nearly every day from nearly every U.S. departure city!

While 45,000 miles per way is a solid deal, it's also important to point out a few things:

There are all kinds of great fare deals floating around at the moment. I don't know whether it's due to airlines attempting to jumpstart the post-COVID travel craze—or simply a desperate attempt to fill seats. Either way, if you're interested in traveling sometime this year, a fantastic deal could be just a few clicks away.

Keep in mind, also, that most airlines recently introduced incredibly flexible change/cancellation policies—particularly for award redemptions. That means that even if you're not sure whether you'll be able to take a trip, you'll most likely have the ability to cancel or change it with limited repercussions. Translation: book first, ask questions later!

Are there any other lucrative fare deals that you've seen recently? If so, let me know in the comments.