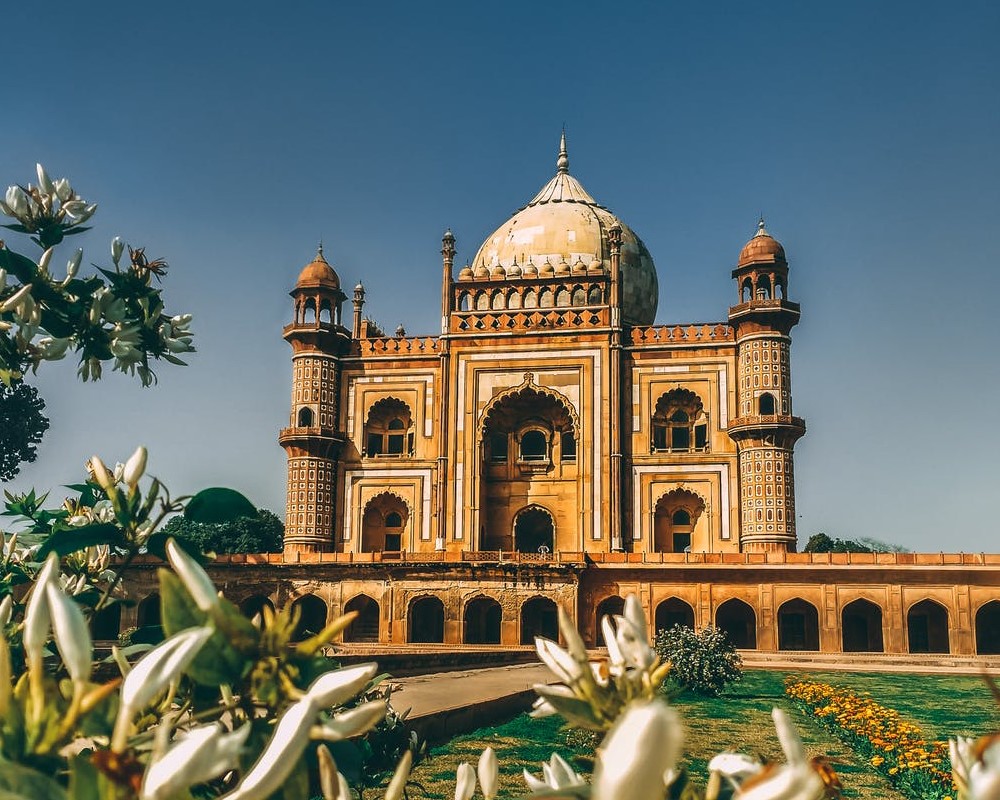 The Best Ways to Book United's New Routes to Africa, India, And Hawaii

Airlines are slowly starting to increase routes and capacities. And United is taking this opportunity to launch exciting new routes. United has announced a total of seven new routes—both domestic and international—that will takeoff in 2021. Although the details are slim for some routes, other routes are already on sale.

So, let's take a look at these new routes and the best ways to book these flights using miles and points.

United rolling out three new flights to Africa continues a trend of U.S. carriers expanding offerings of direct flights to the continent. Delta already offers flights to all three of United's new destinations. Meanwhile, American Airlines was scheduled to begin service between Philadelphia and Casablanca earlier this year. However, COVID-19 delayed its launch. Also, interestingly, American doesn't even count Morocco as part of Africa.

A seasonal route between Newark and Cape Town launched relatively recently, and a new direct flight to Johannesburg only complements that. We are seeing quite a bit of award space is available for this route, which begins on March 27, 2021. Some days have up to four business class seats available:

Interestingly, United's Polaris business class costs just 30,000 more miles than economy on this route. Since it's such a long flight, that's just 2,000 additional United miles per hour of flight time. If you have the miles, splurging for business class may be worth the mileage premium on such a lengthy overnight flight.

The first of two new routes for United to western Africa is to Accra, Ghana. Unlike the new service to Johannesburg, this flight is not yet for sale. No launch date has been announced yet for this route, though it is expected to start sometime in 2021.

Once it does become bookable, this route will offer fliers an alternative path to Ghana from the United States other than Delta's flight from New York – JFK. Star Alliance partner South African Airways previously operated this same route. However, South African Airways suspended service between the two airports.

United is launching a flight to Lagos, Nigeria as well. Similar to the new flight to Accra, this route is also not yet for sale. Travelers from the United States can already fly directly to Lagos on Delta Air Lines via Atlanta and New York – JFK. Similar to the route between Washington, D.C. and Accra, this flight does not have a publicly announced launch date but service is expected to begin in 2021.

United already services India fairly extensively—especially compared to its U.S.-based rivals. The airline services Delhi from Newark and San Francisco as well as Mumbai from Newark. Two new United routes will directly connect even more people between the two countries, including a new city in each.

United already offers service to Delhi via Newark and San Francisco. This new route allows a third option and a much more convenient one for travelers originating in the Midwest. Service between the two cities is slated to start December 12, 2020. Compared to the new route to Johannesburg, award availability is a bit more scarce. Still, there are pockets of award space and some flights even have the same four business class seats available: 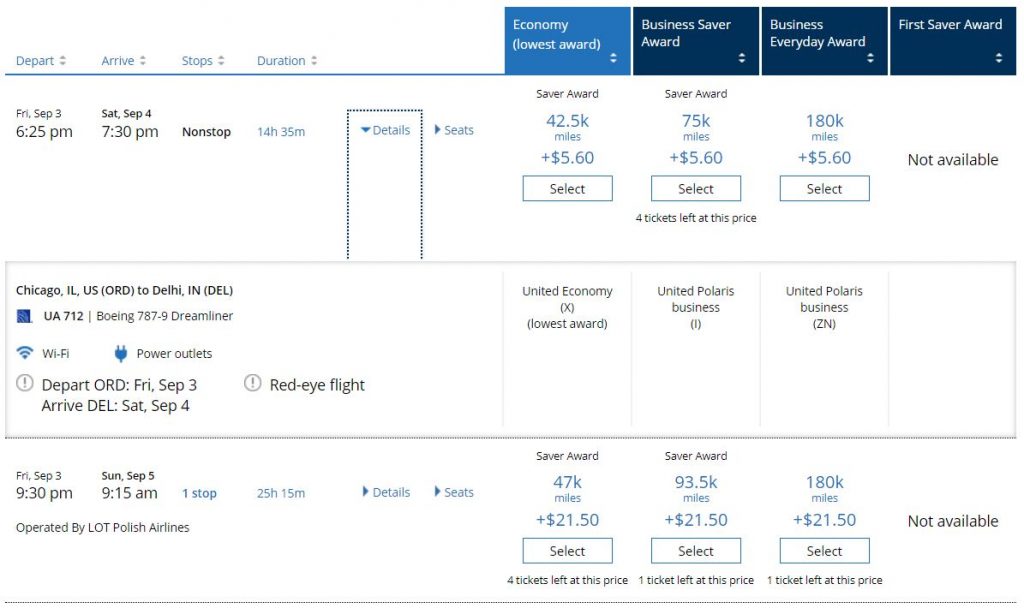 Due to the way United is now pricing partner awards, the award prices for the one-stop options on LOT Polish Airlines are 4,500 miles (11%) higher for economy and 18,500 miles (25%) higher for business. A nonstop flight option at a lower award cost sounds like a no brainer!

Service is scheduled to begin on May 6, 2021. Be prepared with entertainment options should you book this specific route. United is scheduling the journey at just shy of 17.5 hours!

Two new routes to two separate Hawaiian islands connect the mainland to domestic paradise. At a time when global travel options are extremely limited for Americans, domestic travel becomes increasingly more appealing. Both of United's new long-haul routes to Hawaii start on June 3, 2021 and offer travelers the option of skipping a west coast connection on their way to or from the islands.

Travelers can now visit two islands in one Hawaii trip, fly direct, and eliminate any intra-island backtracking thanks to United's new service between Newark and Maui. The airline already operates flights between Newark and Honolulu. Thanks to United's non-alliance partnership with Hawaiian Airlines for intra-island flights, travelers can book a round trip journey from Newark to one of Honolulu or Maui, then to the other island, and directly back to Newark, all on one ticket. Award space exists in economy class for this flight if you can be flexible, but Saver level business-class space will prove incredibly challenging to find.

Explore the big island of Hawaii and not need to connect on your way to and from. United already serves Kona directly from Denver, Los Angeles, and San Francisco. Expanding direct service to Chicago makes this the longest route to Kona offered by United. Similar to the Newark to Maui route, finding award space requires some careful searching, and business class awards will be very difficult to come by.

The easiest way to book these United flights will be with United MileagePlus, and the easiest way to search for award space for these flights is through United's search engine. However, that does not mean United charges the least amount of miles for each flight. Let's take a look at how six prominent frequent flier programs price these new flights. Note that all of these programs are transfer partners of major transferrable points programs:

Below are consolidated award charts that show the mileage cost of these new United routes, separated by the class of cabin. Highlighted figures identify the lowest mileage cost for each route and cabin.

A few notes about this chart:

ANA and Turkish mileage programs represent the lowest points cost for these routes. However, both programs have potential drawbacks.

ANA requires partner rewards to be booked as round trip tickets. If you only want to book a one-way journey, you'll need to look to another program instead.

Turkish Airlines, meanwhile, is notorious for its very nuanced process to book awards. There have been improvements to this recently including making online bookings possible. However, not all available awards show up on their website.

If Aeroplan is your program of choice and you are interested in booking one of these new routes, be sure to consider the timing of when you book. New award pricing becomes effective November 8, 2020 and the impacts on mileage costs are fairly mixed. Routes to western Africa will decrease in price, as will business class costs on the new routes to Hawaii. Meanwhile, all other routes will see increases in prices.

When it does come time to transfer miles to your program of choice to complete a booking, make sure to consider the transfer times of the program. Certain awards, such as premium cabin flights to Hawaii, face great competition from other prospective travelers. Knowing which programs offer quick or immediate transfers may be the difference between snagging that coveted award or planning a new route to your destination.

Are you planning to book any of these new United routes?