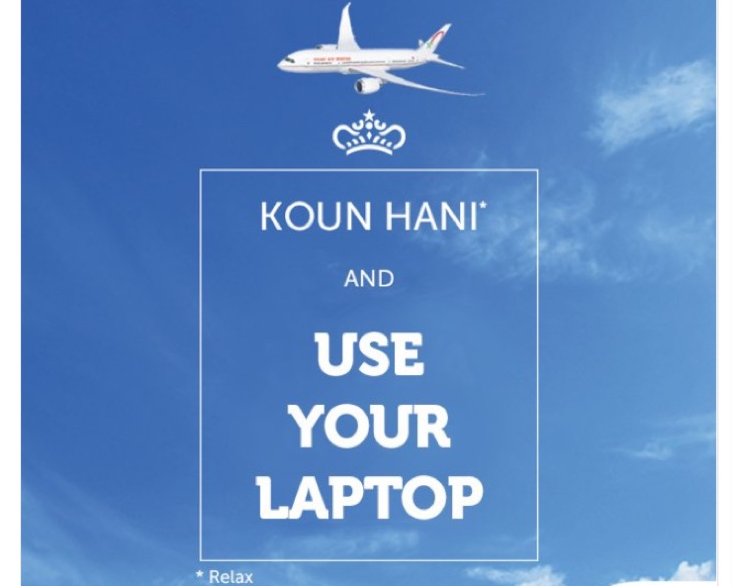 Royal Air Maroc has confirmed on Twitter today that the electronics ban on flights to the US has been lifted effective July 13, 2017. Shortly afterward Egyptair also confirmed via Twitter that effective July 12, 2017, they also had the ban lifted by US authorities. These last two liftings of the ban almost consign the whole saga of the electronics ban to the footnotes of aviation history. 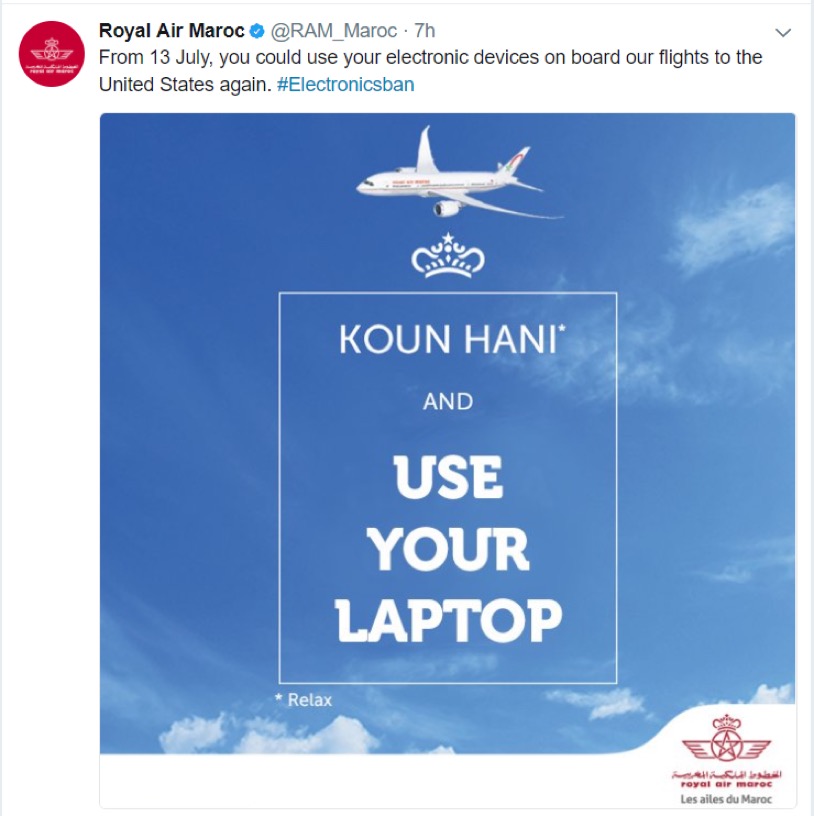 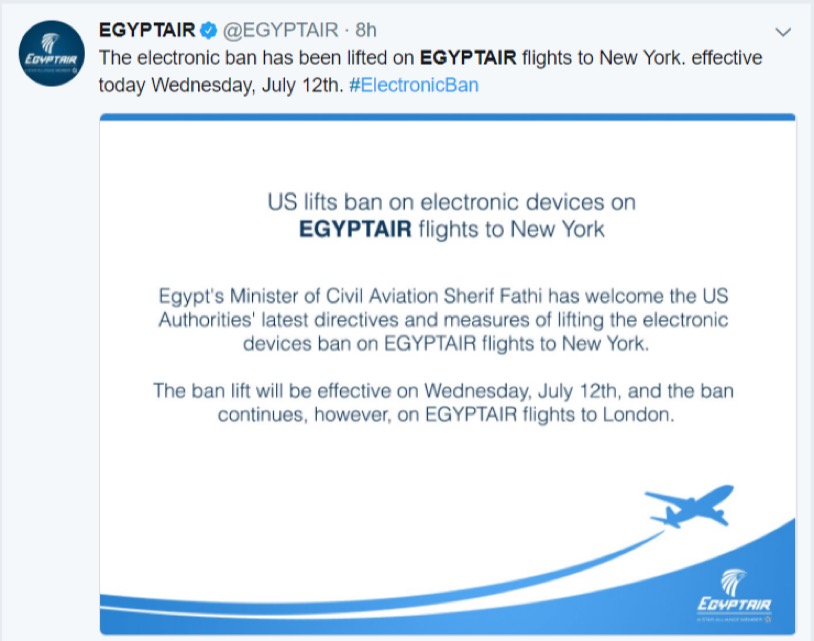 Currently the ban only remains in place for Saudi Arabia, and affects the following airports:

Although last week Saudia, the country’s airline, confirmed that they expected to have the ban lifted on or before July 19, 2017. Once the Saudi ban is lifted, travelers worldwide can finally relax and enjoy using their electronic gear again.

It seems the ban will disappear almost as quickly as it came into force. Within 10 days Etihad had their ban lifted, followed by Emirates and Turkish Airlines. Then a few days later Qatar followed swiftly by Royal Jordanian and Kuwait Airways, and finally Royal Air Maroc, and EgyptAir.

Well, to the US, once the all clear comes from Saudia, it is at least. The UK, on the other hand, banned electronics onboard flights from different destinations with some overlap with the US ban.  The UK ban affected the following countries:

Up until now, the UK has kept very quiet, and the latest news is that all UK Bans are still in place, though now that the US ban is nearly completely gone, we think it is only a matter of time before the UK ban is lifted as well.

It is great news that this ban is coming to an end, with the introduction of new enhanced security procedures passengers will feel safer, and will be more comfortable using their own electronic devices. In addition, various European regulators were very concerned about the fire hazard of having so many lithium Ion batteries in an aircraft hold have had their concerns answered, since electronics will be where they belong, in the cabin with their owners.

5 / 5 ( 6 votes )
Share this:
AwardWallet Tip of The Day
Did you know that for each airline within one of the global alliances you can view the balances across all carriers in this alliance? Click the alliance icon in the list of accounts next to any airline in an alliance to see the details. Show me how