Qatar Privilege Club has undergone several significant updates over the last few months, but the latest takes the cake. The airline recently announced that it has lowered the number of Qmiles required for an award redemption by up to 49%! Finally, it seems that Qatar realized it needed to make the Privilege Club program great again. 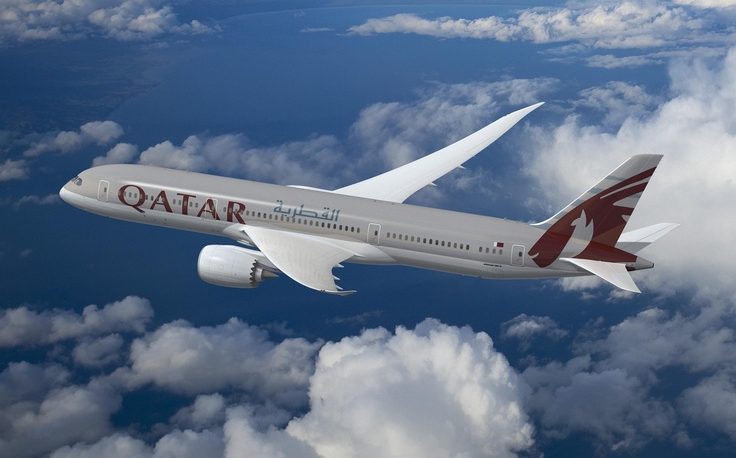 Qatar Airways is arguably one of the best airlines in the world in terms of onboard product, route network, and customer service. Unfortunately, its loyalty program (Qatar Privilege Club) has recently not held up its end of the bargain. Beyond imposing gratuitous carrier-imposed surcharges, the program also began charging steep award rates after a no-notice devaluation in 2018.

Now, it seems like things are finally looking up for the loyalty program. After dropping the “Award Flight” Fee and improving the Qmile expiration policy, the airline has now lowered award rates by up to 49%.

Qatar's press release is refreshingly straightforward about it, forgoing the usual marketing spin that I've come to expect. Instead, Qatar simply states:

Privilege Club’s Qmiles requirements will be reduced for award flight for all members travelling with Qatar Airways on connecting flights through the Best Airport in the Middle East, Hamad International Airport (HIA), as well as those travelling to or from Doha to Africa, the Americas, Asia, Europe, and Oceana.

Basically, the reduction only affects redemptions when flying Qatar Airways (not partner redemptions). However, the real elephant in the room is that these “new rates” are simply the reinstated pre-devaluation rates. Whichever way you look at it, it's a massive improvement.

Qatar Privilege Club doesn't use an award chart. Instead, it utilizes an award ‘Qcalculator' that displays the Qmiles earning and redemption rates for any given itinerary. I've plotted the one-way prices of some of the most interesting routes here: 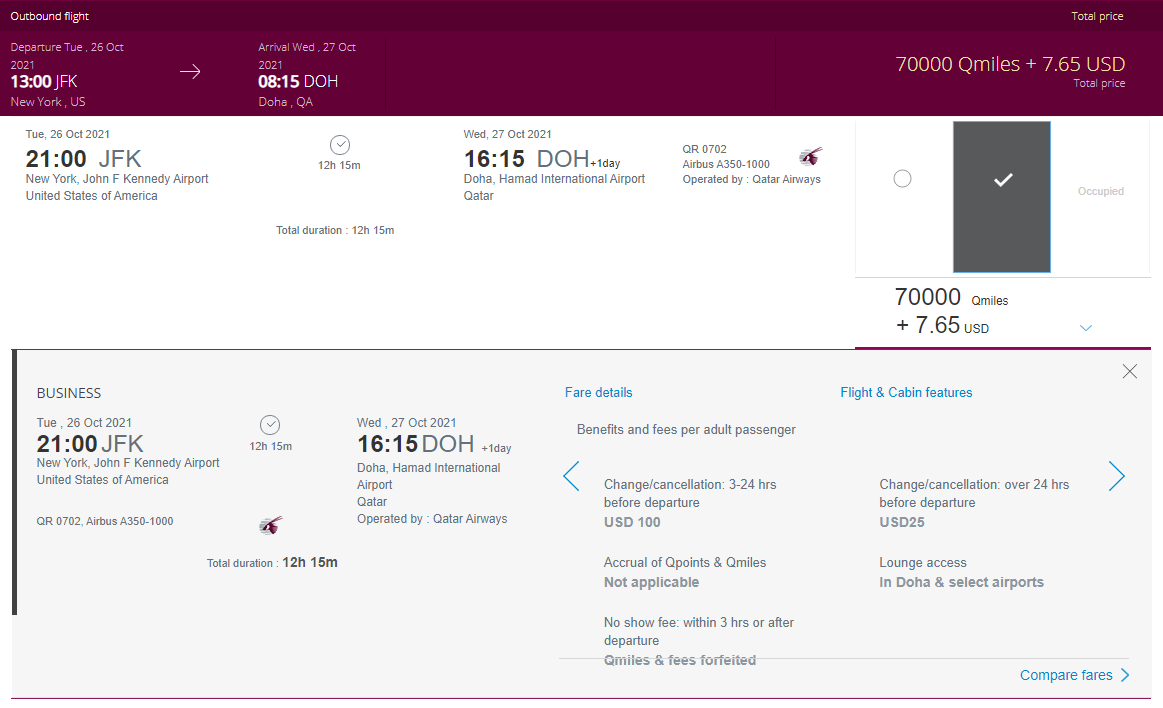 Right away, the 70k business class rate from the U.S. to Doha stands out. This is the same number of miles required when booking via AAdvantage — the program we typically recommended for flying to the Middle East and beyond. That makes Privilege Club a fantastic alternative for those low on AAdvantage miles but rich in ThankYou Points. Plus, Qatar operates aircraft sporting the famed Qsuites product on most itineraries between the U.S. and Qatar! 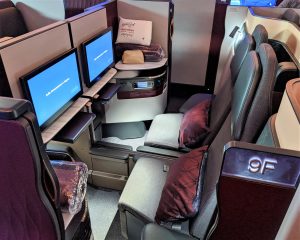 Next, with Qatar's hub in Doha, you can end up with some interesting award routings. For example, it's possible to book an award itinerary flying Qatar from Los Angeles to Lisbon via Doha for 45,000 Qmiles in economy—even though this route involves backtracking over 3,000 miles. Moreover, Privilege Club allows members to book awards from the U.S. to South East Asia in a single itinerary. Though not necessarily a bargain miles-wise, this otherwise requires two separate bookings and more miles if booked via AA.

Lastly, Qatar lets Privilege Club members book awards that aren't available to partner airlines. These “Flexi awards” are typically double the price. That's typically not going to be worth it, but it could make sense to secure flights on preferable dates.

There are a few things worth considering when working with Qatar Privilege Club:

Qatar has made several positive changes to its loyalty program over the last year. The latest update lowers award redemption prices considerably, returning them to far-more competitive levels.

It's wonderful to see all of these changes to Qatar's Privilege Club program. Where before the program was essentially a total write-off, now it's worth considering — especially if you collect Citi ThankYou points.

Are you reconsidering the Qatar Privilege Club with these lowered award rates?