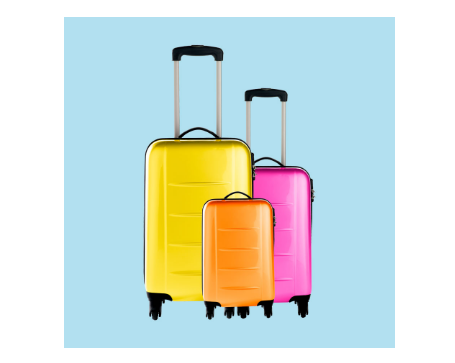 Save Up To 50% With Flying Blue January 2017 Promo Awards

If one of your New Year’s resolutions is to travel more, Air France and KLM’s monthly Flying Blue promo for January 2017 can help you get off to a good start! In case you’re not familiar with them, the Flying Blue Promo Awards are discount mileage rates for flights on specific routes with Air France or KLM. Awards may be for up to 50% off, but 20% to 25% tends to be more common (and this month’s promotions fall into that pattern).

Overall, this promo is better than December’s, with far more options to/from North America. The real emphasis, though, is for travel between Europe and the Middle East.

Compared to December’s promos, January offers quite a few more options to and from North America. Here are the options you’ll see there, divided by class. These are all for 25% off the normal mileage fares.

There are fifteen discounted fares within Europe in the January promotion, but nothing is particularly spectacular. All but one of these fares is for 20% off economy flights, bringing the total to 6,800 to 8,400 miles one way or 13,600 to 16,800 miles round trip.

The one exception is an intra-France flight between Paris-Orly and Montpellier, which, at 40% off, comes to 5,100 miles one way or 10,200 round trip.

There are only two options for Africa in this promotion, but they’re both 50% off in economy, making them a very mileage-friendly choice if traveling between Europe and the Republic of the Congo fits your plans.

Indian Ocean options this month are mostly for 50% off and include the following choices:

There are 11 choices in January’s promotion, compared to just 5 in December’s offer. Among these, though, there are two real standouts: Europe – Chengdu and Europe – Hangzhou. Both are on KLM and offer a 50% discount, bringing the total to 20,000 miles one-way or 40,000 miles roundtrip.

January’s offerings are pretty standard for this promotion in this category, with six options to/from Europe for 25% off. These may be good choices if they fit your plans anyway but probably aren’t compelling enough to inspire new plans (unless you’re looking for an excuse!).

This is where this particular Flying Blue promo shines. Up from just two in December, January’s promo offers a whopping 17 choices in the Middle East, nine of which are for 50% off. Here are your options, sorted by class (all to/from Europe):

The Flying Blue promo awards are one of our favorite promotions available. They update regularly, and while there isn't always a great value, like the AA Reduced Mileage Awards which change each month, they offer a nice way to get some additional value from your miles.

5 / 5 ( 5 votes )
Share this:
AwardWallet Tip of The Day
Did you know that accounts which have been changed in the last 24 hours have an indicator (to the left of the account) showing that an update has occurred? This way you can easily spot any accounts that have been recently updated. Show me how