Flying Blue is one of the only frequent-flyer programs that is a transfer partner for all five major flexible rewards programs: American Express Membership Rewards, Citi ThankYou, Chase Ultimate Rewards, Capital One Rewards, and Marriott Bonvoy.

Given these partnerships, Flying Blue has considerable value since points earned on cards such as the Chase Sapphire Preferred® Card, the Citi Premier® Card, and The Platinum Card® from American Express, among many others, can be transferred into Flying Blue at a 1:1 ratio. Additionally, Marriott Bonvoy point transfers from cards like the Marriott Bonvoy Boundless® Credit Card convert at a 3:1 ratio, with a 5,000-mile bonus for every 60,000 points transferred.

In this post, we'll review some of Flying Blue's most attractive award sweet spots. But first, a few things to keep in mind:

Each month, FlyingBlue.com announces Promo Rewards, which consists of routes at discounted award rates. The most recent Flying Blue Promo Rewards were released in March and included a few exciting destinations—before the program was suspended due to COVID-19.

The booking window for these awards is typically up to three months ahead of the eligible travel period. Typical savings on Promo Rewards range from 25% to 50%, which can result in excellent deals during the promotional period. However, only Air France and KLM flights are eligible for Promo Rewards, meaning fuel surcharges are almost always a concern.

Partner Awards between the contiguous U.S. and Hawaii

Flying Blue only requires 17,500 miles each way for an economy class award ticket to Hawaii on Delta. Best of all, there are no fuel surcharges on this route. You can book some of the same flights using Delta SkyMiles, but the price in miles is often higher. Hawaii has sweet spots across many programs, so Flying Blue isn't your only source of great value.

Partner Awards between the contiguous U.S. and Mexico

Comparatively, United charges a minimum of 17,500 miles, while American Airlines typically charges 15,000 miles (12,500 off-peak) for the same ticket. So if you have Flying Blue points, using them for a trip to Mexico may be a good bet.

750 miles east of Australia sits New Caledonia, a French territory that is every bit as beautiful as Fiji and French Polynesia, albeit lesser-known. The challenge with New Caledonia is that it is difficult to visit due to expensive fares ($1,000+ typically) from Australia and New Zealand.

New Caledonia's main airline, Aircalin, happens to be an AirFrance/KLM partner and even shares Flying Blue as a rewards program. With Aircalin, economy class awards to New Caledonia from Auckland, Brisbane, Sydney, or Melbourne require only 17,500 miles each way. Fuel surcharges on these routes are averaging $110 at the moment.

Flying Blue Awards between the contiguous U.S. and Israel

Unlike most major rewards programs, Flying Blue considers Israel part of Europe when it comes to award rates. It's hard to say where that geography comes from, but as a sweet spot, it is a win. Redemption rates with Flying Blue from the U.S. to Israel price at 25,000 and 53,000 miles each way in economy class and business class, respectively.

Awards between the contiguous U.S. and Northern Africa

Similar to Israel, Flying Blue considers Northern Africa a part of Europe when it comes to award pricing. With a slightly dynamic award calculation for the Northern Africa region, for a one-way ticket, you will pay between 22,000 and 29,000 for an economy award and 53,000 for a business class award. Destinations include Algeria, Libya, Morocco, and Tunisia.

Economy Class Awards between the contiguous U.S. and the Middle East

The Middle East presents another sweet spot destination for flights originating in the U.S. Flying Blue awards start at only 34,000 miles for a one-way ticket to destinations like Egypt, India, and the United Arab Emirates. Fuel surcharges average about $130, which isn't terrible. Compared to other carriers, Flying Blue has the lowest redemption required for this region. However, award availability can be hit or miss at 34,000 miles, so this is one route you would want to start searching for award availability in advance.

Economy Class Awards between the contiguous U.S. and Colombia

Flying Blue awards start at 18,500 miles for a one-way economy ticket to Colombia. Using Flying Blue miles for this route is a good bet considering the distance flown. If you want to travel around South America, you can start in Colombia and make your way down the continent. A quick scan shows a lot of award availability. Fuel surcharges for this route are pretty reasonable, at about $45.

Flying Blue Business Class Awards from the U.S. to Europe

Flying Blue recently announced a new trans-Atlantic partnership with Delta and Virgin Atlantic. While this has produced a host of new redemption opportunities, for Flying Blue, it has specifically created a sweet spot for Virgin Atlantic Upper Class (business).

Depending on where you're flying from in the U.S., Flying Blue will charge between 56,500-72,000 miles and ~$200 in taxes and fuel surcharges to fly one-way to Europe. Compared to the $700+ in taxes/fuel surcharges that Virgin Atlantic regularly charges for the same redemption using their own miles, that's a big win.

It's pretty easy to get Flying Blue miles considering that it is a transfer partner of five reward programs. Flying Blue partners with all five major flexible travel rewards currencies:

The abundance of transfer options means you don't need to worry about building up a balance with Flying Blue. Instead, focus on a strategy to accumulate the flexible points and then transfer to Air France or KLM when needed.

Given the relative ease of earning Flying Blue miles, monthly Promo Rewards, and the presence of sweet spots makes this reward program quite valuable. Yes, in some circumstances, you'll pay hefty taxes/fees. But if you're saving a significant amount of miles, the cost you'll pay could be well worth it. Focus on these sweet spots as additional tools to help you get the most out of each mile.

5 / 5 ( 12 votes )
Share this:
AwardWallet Tip of The Day
Did you know that some accounts may not update in the background automatically? You can quickly update those accounts by: Show me how 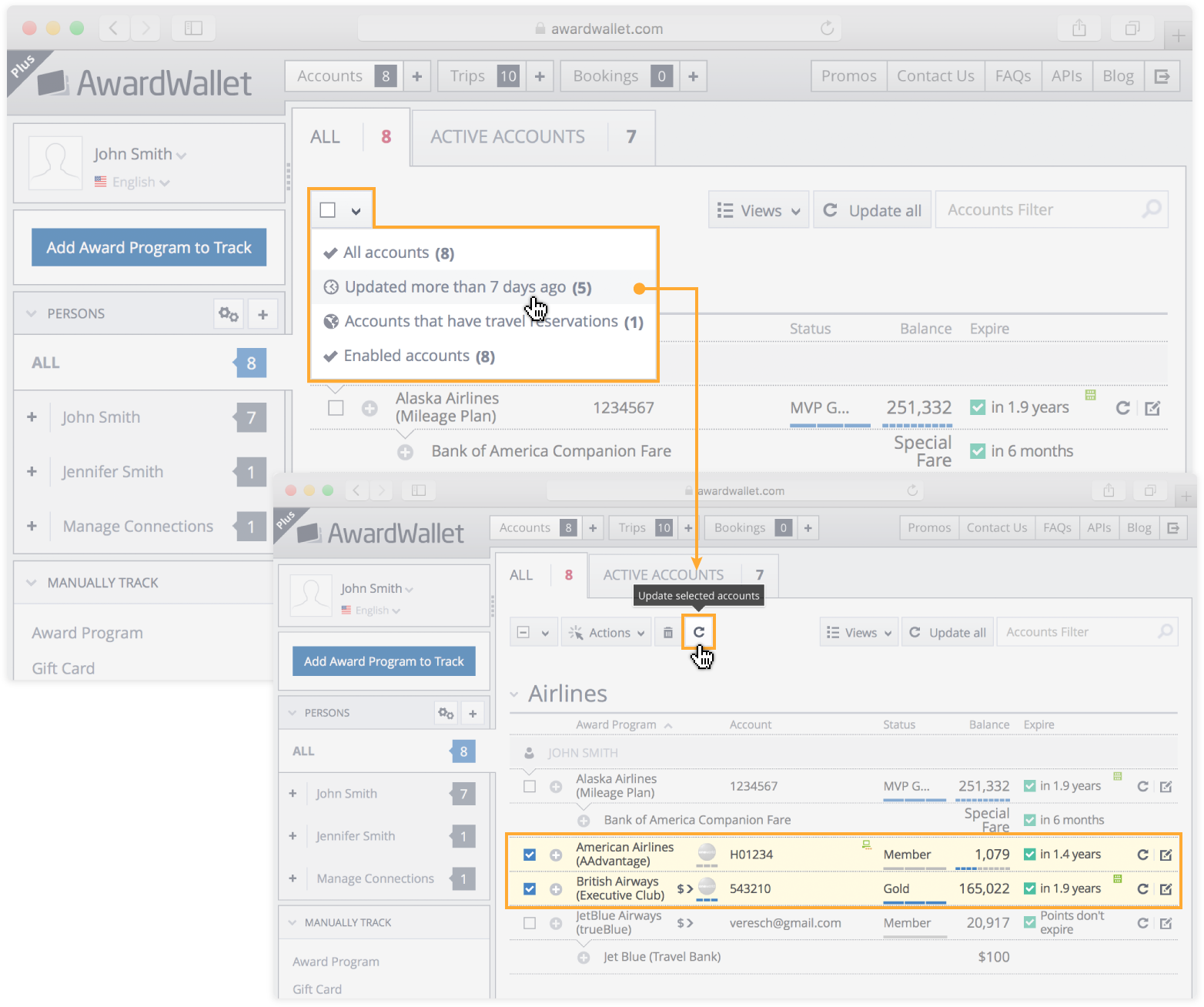