Every month, Flying Blue, the frequent flyer program for Air France and KLM, offers some specific routes at discounted rates for award redemption. Sometimes the discounts apply to economy class redemptions, sometimes for business class, and occasionally to both.

The booking window is typically up to three months ahead of the eligible travel period. Bookings must be completed by the end of the corresponding month (e.g. August 2016 Promo Award bookings must be made by August 31, 2016).

The Promo Awards for August 2016 have been announced and, while last month's Promo Awards we better overall, there are still some excellent options available. Award routes between North America and Europe which are eligible for Promo Awards this month are:

All bookings must be made by August 31, 2016, for the Promo Awards discounts to apply.

If you can book a roundtrip Promo Award route this month on these routes, you could be flying to Europe for under 40,000 miles in economy class and under 100,000 miles in business class, both of which represent a great value with your miles. 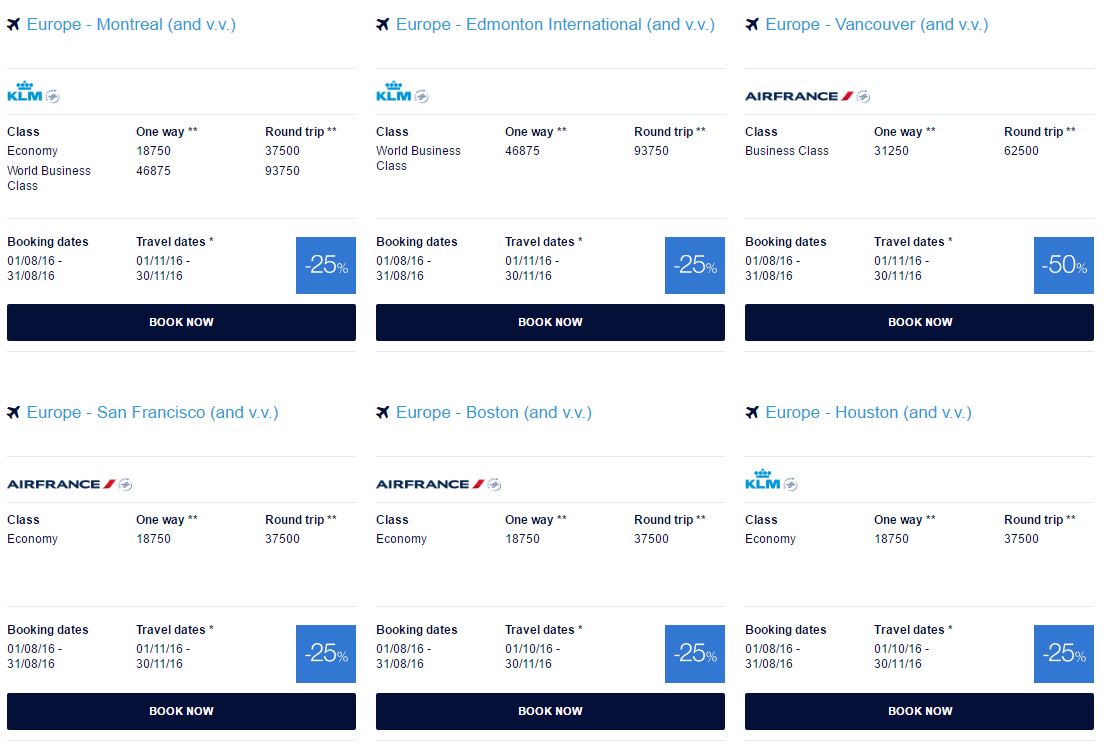 Things To Keep In Mind with Flying Blue Promo Awards

Up to 50% Off with Air France/KLM Flying Blue August 2016 Promo Awards
5 (100%) 2 votes
Share this:
AwardWallet Tip of The Day
Did you know that you can automatically import all of your travel plans from AwardWallet into your calendar? All you have to do is to grab the iCal link from the left menu of your timeline and create a calendar subscription in your preferred calendar. Show me how