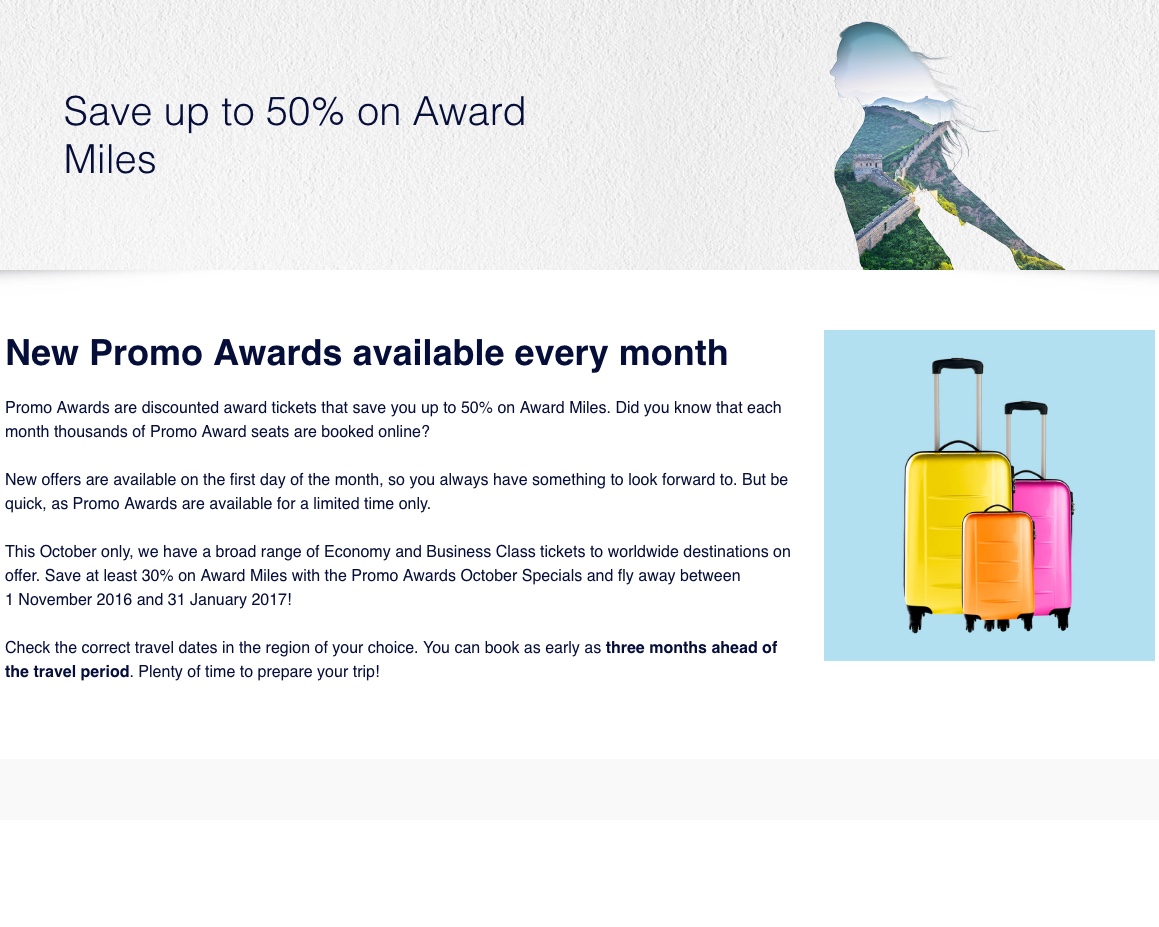 Flying Blue has released it's October 2016 Promo Awards for Air France and KLM. This month includes a mix of economy and business class flights with a maximum 50% off award flights.

Bookings must be completed by the end of October 2016, with flights taken between November 1, 2016, and January 31, 2017. You’ll need to check the dates for each region as redemption windows vary. 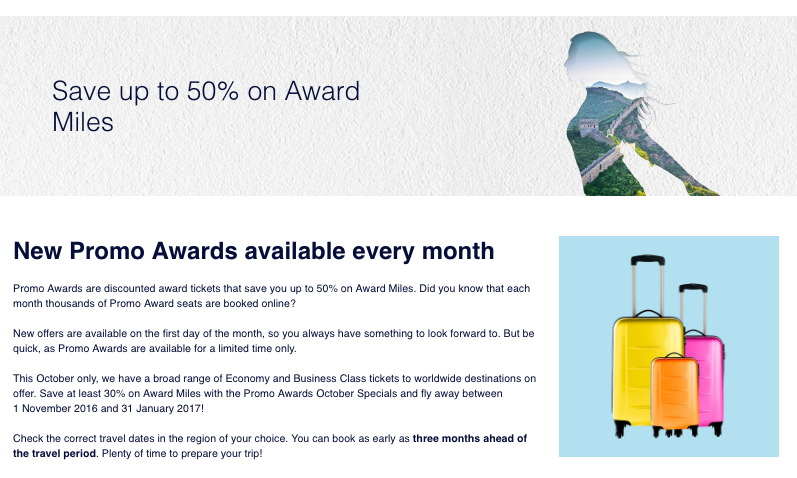 All discounted flights between Europe and the U.S. are reduced by 25% and feature a bunch of business class options.

The best value on offer from Flying Blue’s Promo Awards this month are between Europe and the Caribbean, with a mix of business, premium economy, and economy fares on offer at 50% off the standard award rate. 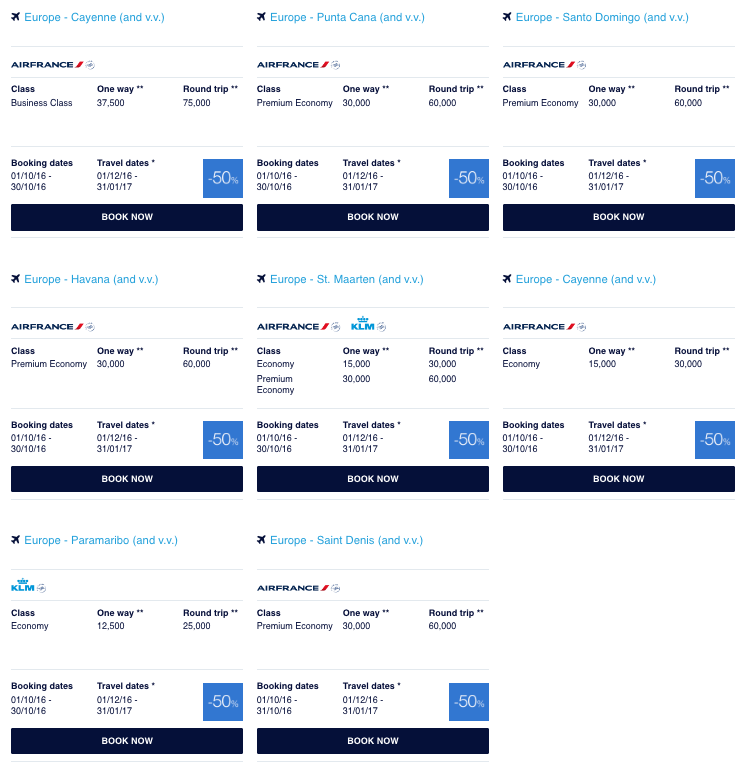 Recent law changes allowing flights between the U.S. and Cuba opens up some interesting routing options with these discounts. Utilizing Promo Awards for between 25/50% discount on award tickets, you could fly a multi-city itinerary from the U.S. through Cuba, Europe, an Intra-European flight, and fly direct back to the U.S. using Flying Blue Promo Awards for 85% of the miles. (Complete list of Promo Awards on the October 2016 Promotion page)

The monthly Promo Awards can be a touch hit and miss for high-value redemptions but this month has a few gems if you’re flying to the right destinations. Head over to Flying Blue and check out if you can put this month's Promo Awards to good use.