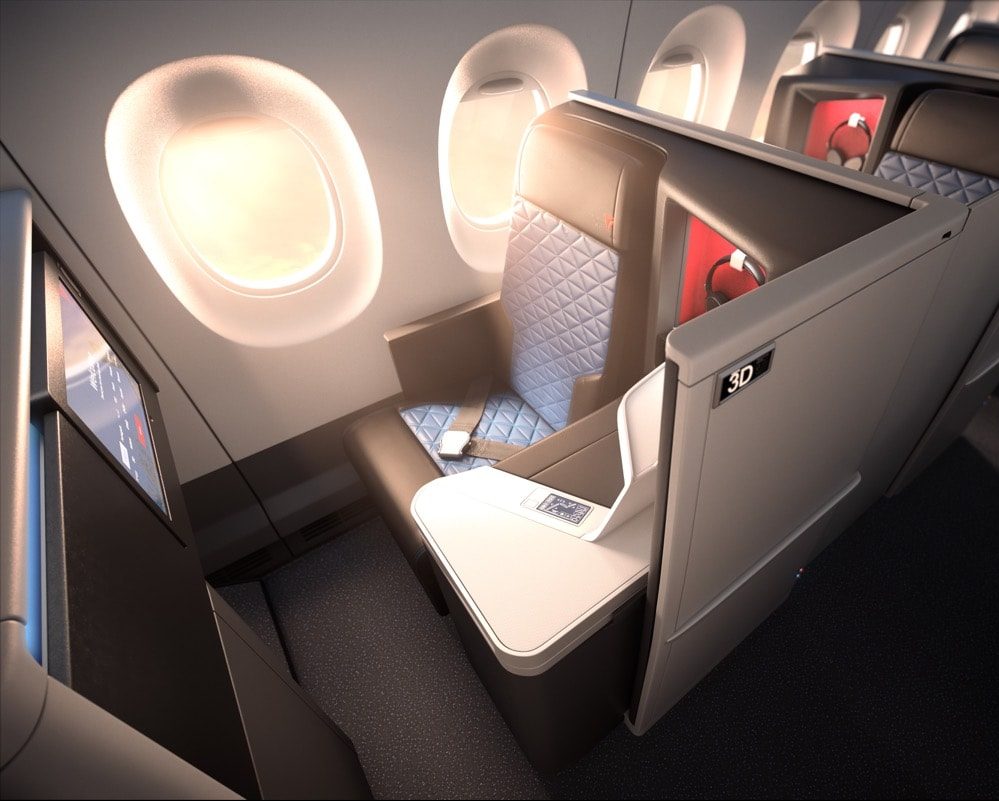 American Express Membership Rewards are a notoriously powerful, transferable, loyalty currency. With generous category bonuses and periodic transfer bonuses, it isn’t hard to rack up Amex points. However, to the untrained eye, it can be difficult determining how to maximize Membership Rewards for simple US domestic award flights. Thankfully by leveraging various airline alliances and partners, there are sweet spots for domestic travel.

Of course, Amex points transfer directly to domestic carriers like Delta Air Lines and Hawaiian Airlines, but those options aren’t always the best for extracting maximum value. Delta no longer publishes a set award chart. So like revenue flights, award flights are calculated based on demand and fluctuate regularly. Therefore, it’s harder to plan for an award redemption.

Several sweet spots lie within the Avios program which is the loyalty program for Amex transfer partners British Airways, Iberia, and Aer Lingus. Not only do Membership Rewards transfer directly to these individual airlines, but you can also transfer Avios between these programs as well. This allows for even more flexibility should unforeseen opportunities arise.

British Airways and Iberia are both members of the Oneworld alliance which means Avios are redeemable for American Airlines flights. Typically a low-level, SAAver award ticket on American Airlines requires 12,500 miles (one-way). However, British Airways only charges 7,500 Avios for the same economy flight for distances under 1,151 miles. If first-class is more your style, then the difference is 30,000 AA miles versus 15,000 Avios one way.

Take, for instance, this Dallas to Fort Myers, Florida flight. Just comparing what the American Express Travel Portal charges versus what British Airways requires. The cash price is $432 one way, or you can redeem 43,120 Amex points. However, that same flight is listed as 7,500 Avios one way on the British Airways website. That’s a gigantic difference in point redemption. Let alone if there happens to be a transfer bonus promotion running (like the previous 40% bonus). 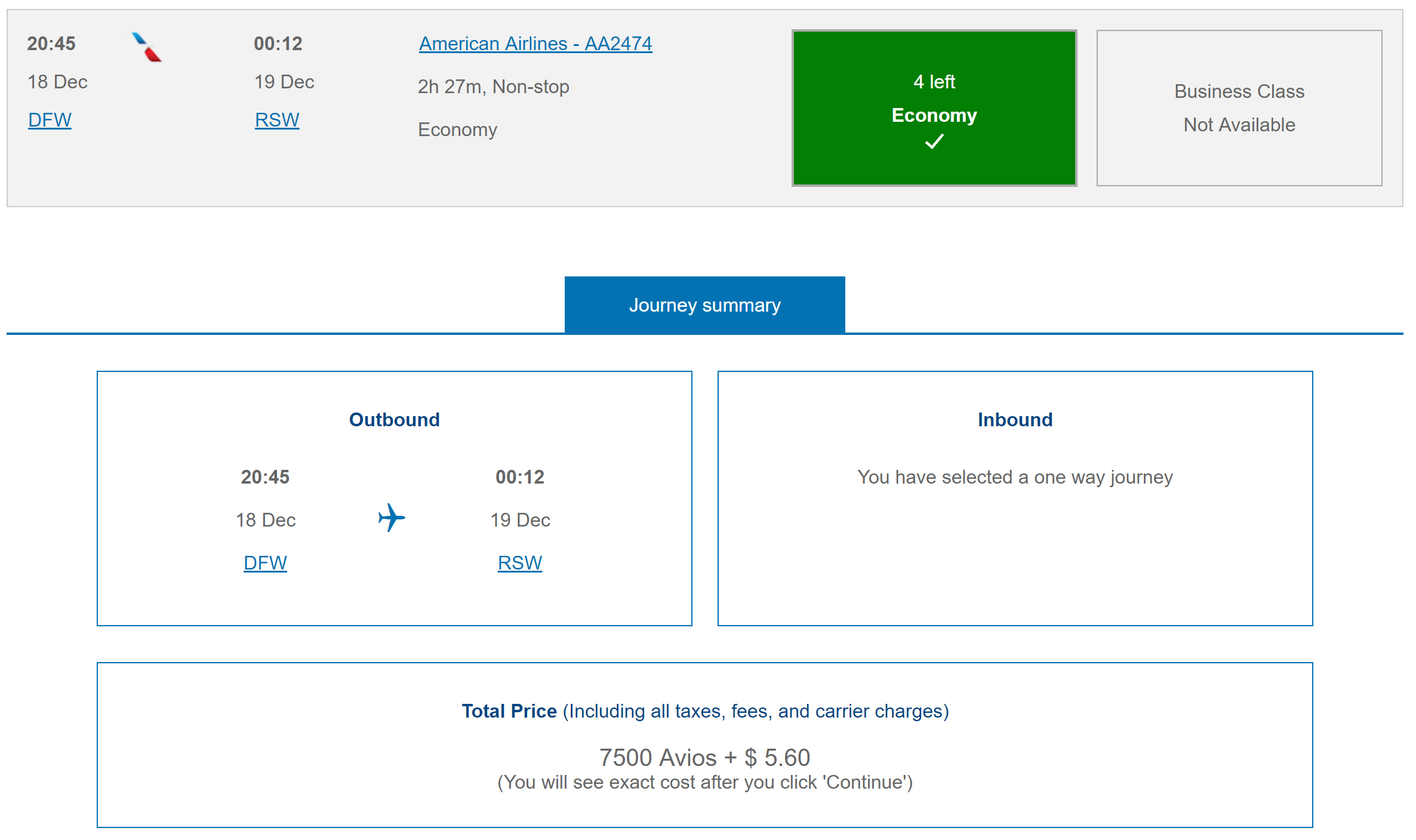 A way to take these domestic Avios redemptions to the next level is booking first-class flights on American planes that provide lie-flat seats. When selecting a flight, identify the routes that fly either the Boeing 777-200, 777-300ER (77W), 767-300, 787-800, 787-900, or A330 Envoy Suite. While these aircraft interiors may not win any international awards, they’re undoubtedly delightful products to fly domestically. A helpful tool for viewing a flight’s scheduled aircraft details is using SeatGuru. Just keep in mind that last-minute aircraft changes can happen due to maintenance or other factors.

Example award itinerary on the A330 flying from Philadelphia to Orlando on December 12, 2018: 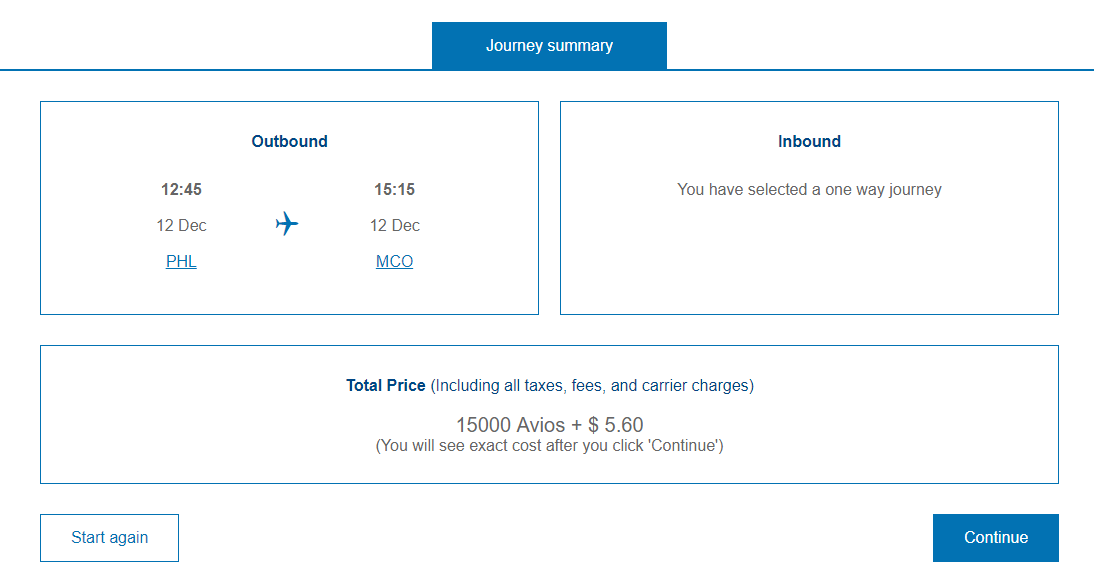 Here are two Award Travel 101 members, Derrick and Abigail, flying on the same American Airlines A330 to Barcelona.

That itinerary booked via Iberia only charges 7,500. So if you find yourself in a situation where you must make a connection, then try to redeem via Iberia. Unfortunately, the Iberia website isn’t the easiest to navigate and tends to be quite buggy (YMMV). It’s best to call Iberia to make this type of redemption.

Amex recently added Avianca LifeMiles as a transfer partner. This is another excellent tool to tap into Star Alliance airlines besides Aeroplan. Additionally, Avianca offers an intuitive award search engine on its website which makes it super convenient when transferring Membership Rewards.

The mainland United States is divided into three “zones” on the Avianca award chart. While Hawaii has its own zone and Alaska falls into a category quite literally called, “Rest of North America.” However, it's possible to find economy award tickets for less than the published rates. For instance, compare the following United flight options from SFO to LAX booked via Avianca, United, and Aeroplan.

Despite the published chart, here Avianca charges only 4,500 Life Miles for this flight within US zone 3. 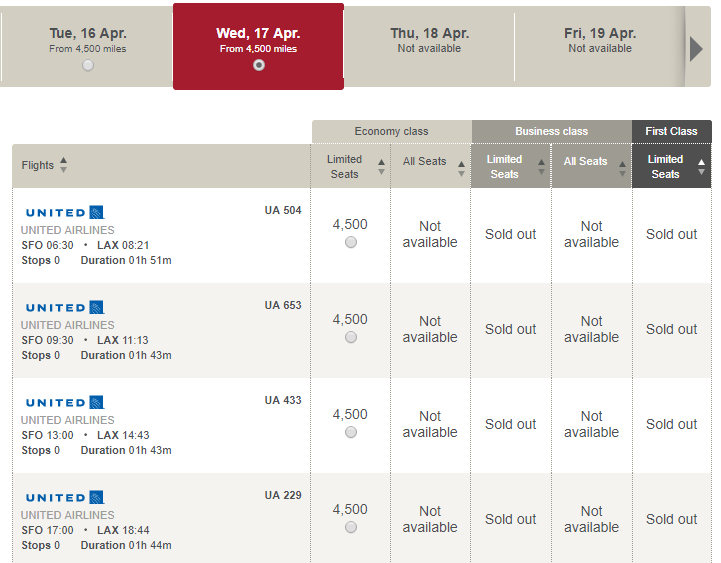 Whereas United lists these economy flights at the Saver Award level for 10,000 miles. 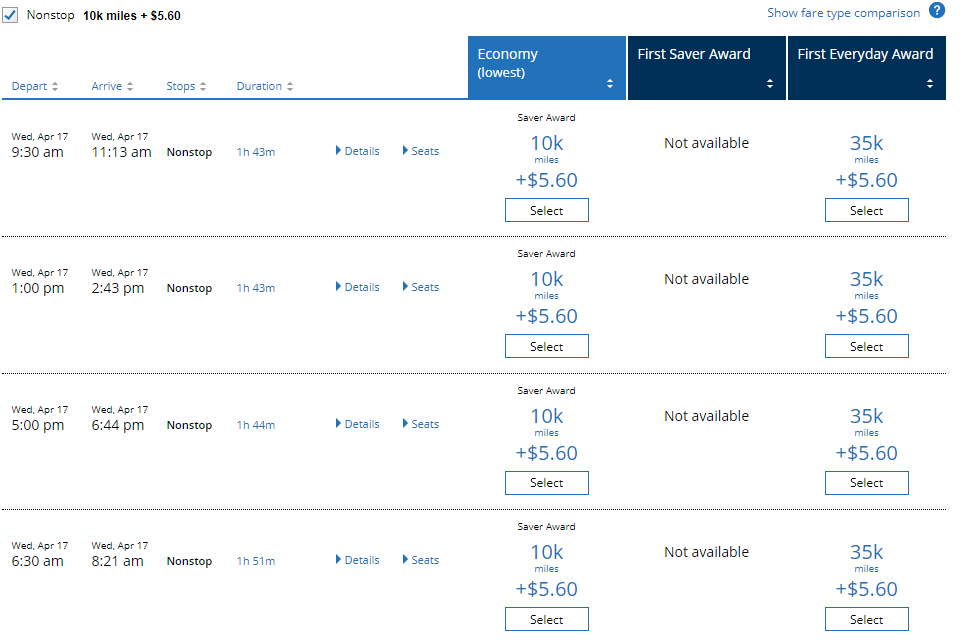 While Aeroplan is usually a great airline for partner award bookings; in this scenario, it charges 12,500 miles for the same flights.

It may take a bit more effort than merely redeeming Membership Rewards for flights in the Amex Travel portal, but your points will go much further by transferring them to Amex’s travel partners. It’s a fantastic way to save Amex points and leverage them for valuable award redemptions.

Even though Amex may not directly partner with airlines like United or American, by taking advantage of airline alliances you can still use Amex points to fly on them. Keep this in mind the next time you need to travel domestically in the US.

5 / 5 ( 9 votes )
Share this:
AwardWallet Tip of The Day
Did you know that for each airline within one of the global alliances you can view the balances across all carriers in this alliance? Click the alliance icon in the list of accounts next to any airline in an alliance to see the details. Show me how