The Best Points & Miles for Travel to Europe

When it comes to international travel, Europe is arguably one of, if not the most popular destination. A common question we receive is what are the best points and miles to use for Europe? The challenge is that there is not one specific rewards currency that is better than all for travel to Europe.

If you're looking to pick up points/miles for use in these programs, here are our favorite rewards-earning credit cards:

The Best Points & Miles for Travel to Europe (in no particular order):

Perhaps one of the best awards to book overall is redeeming BA Avios for business class travel with Aer Lingus between Boston and Dublin/Shannon as only 50,000 Avios are required each way. Best of all, fuel surcharges on these routes are so small they are barely even noticeable. You will have to call BA to book awards with Aer Lingus, but in this case, the call will be well worth it.

For only 80,000 Korean miles you can book a SkyTeam roundtrip business class award between North America and Europe. You can even add two complimentary stopovers if you want. Among the Korean SkyTeam partners that fly to Europe are Air France, Delta, KLM, Air Europa, and Alitalia. Awards with Delta wholly within the U.S. will not incur fuel surcharges. All other Korean Air awards will incur fuel surcharges that vary by airline.

Delta's saver-level business class awards rates to Europe are nothing special (62,500 miles for travel in 2016 and 70,000 miles for travel in 2017 and beyond). However, there are two distinct advantages to booking Delta awards to Europe with a few of their partners. In the case of KLM and Air France, if you can book your award between 10 and 11 months out, you are virtually guaranteed to find availability as AF/KLM do not open up award availability to their members until 10 months out. In the case of Virgin Atlantic, you can book a one-way business class awards to London (or beyond in Europe) without fuel surcharges, something not possible if booking the same award directly with Virgin Atlantic.

Even after its recent major devaluation, at 57,500 miles each way, AA's award rates for business class travel to Europe are still extremely competitive. The key is to find availability on AA's flights or with Iberia, Finnair or airberlin to avoid major fuel surcharges.

For only 88,000 miles you can book an ANA Star Alliance roundtrip business class award between North America and Europe. Among the ANA Star Alliance partners that operate flights between North America and Europe are United, Turkish Airlines, Air Canada, Lufthansa, Austrian, SAS, Brussels Air, and LOT Polish. Do keep in mind that awards on some of these airlines incur fuel surcharges with the exact amount varying by airline.

For only 90,000 or 100,000 more miles you can book a roundtrip Virgin Atlantic business class award with Delta to Europe. The key to making this award work is to originate travel in the U.S. so that fuel surcharges are not imposed. The following routes require 90,000 miles roundtrip: LHR-Atlanta, LHR-New York JFK, LHR-Boston, LHR-Detroit, LHR-Minneapolis, LHR-Philadelphia, LHR-Seattle, LHR-Salt Lake City, Edinburgh-JFK, and Manchester-Atlanta. All other Delta roundtrip business class awards to Europe will require 100,000 miles. Keep in mind that Virgin Atlantic does not allow one-way awards with Delta.

Which Points or Miles Should You Earn?

When it comes time to earning, you want to make sure you're picking the program that makes sense for you. Flexible points provide you the most options, and while Marriott points transfer to all of these airlines, Marriott transfers are not instant. That said, when it comes to flexibility, they provide the most options. Regardless, we're fans of diversity — check out all the options and pick the one that fits your goals.

4.4 / 5 ( 14 votes )
Share this:
AwardWallet Tip of The Day
Did you know that accounts which have been changed in the last 24 hours have an indicator (to the left of the account) showing that an update has occurred? This way you can easily spot any accounts that have been recently updated. Show me how 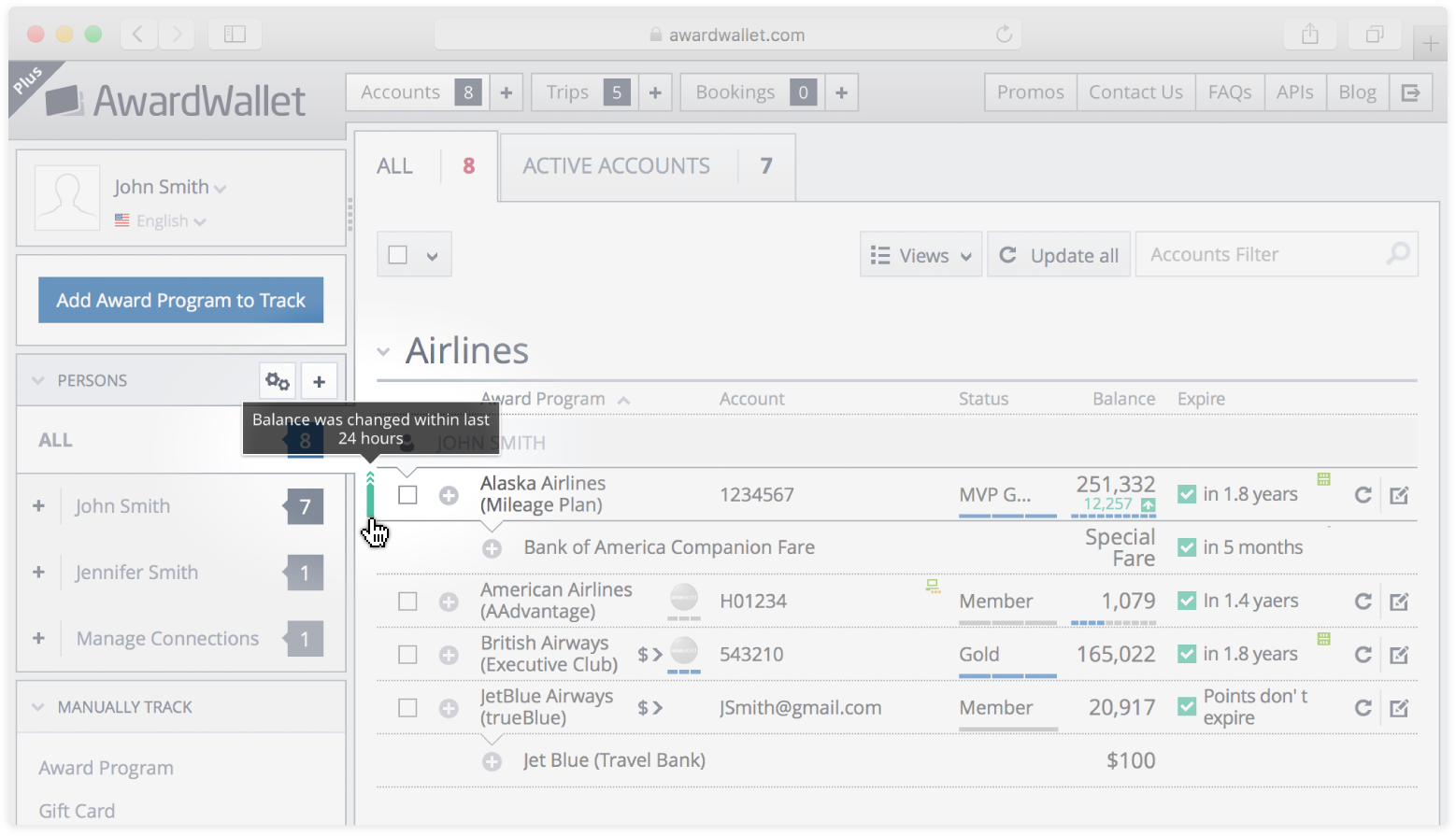