American Airlines has announced that the AAdvantage program will move to a revenue-based earning system for travel beginning on August 1, 2016. For travel that occurs on or after August 1st, members of American's frequent flyer program will earn miles based on the price of their ticket, rather than how many miles they fly.

The changes to the AAdvantage program, first announced in November 2015, bring the loyalty program into line with those of United's MileagePlus and Delta's SkyMiles, which have already transitioned to revenue-based earning systems. 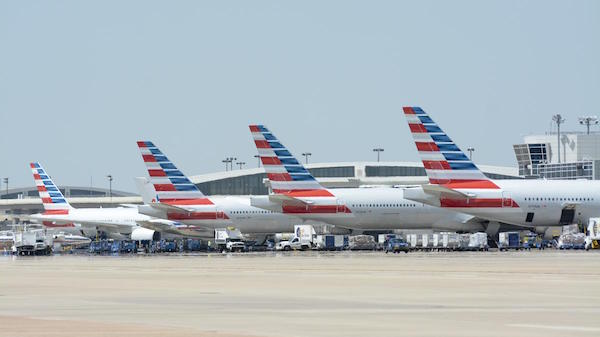 The most significant change published in the press release was the move to miles earned through spend instead of distance flown, however, American also announced several other changes to the AAdvantage program.

A new elite tier, Platinum Pro, will be introduced in 2017, sitting between the current Platinum and Executive Platinum tiers, as well as changes to how upgrades are prioritized and processed.

How Award Miles Will Be Calculated?

Starting August 1, 2016, AAdvantage award miles will be earned based on the price of your ticket plus any carrier-imposed fees but not including government taxes and fees.

A higher elite status will net you a greater miles-earning rate, with Executive Platinum earning 11 cents-per-dollar spent, or 120% bonus miles. The table below shows the earning power of each elite tier.

Flights on American's partner airlines will earn miles based on “a percentage of the flight distance and the fare class of your ticket” with rates available from July 15.

January 2017 will also see the introduction of Elite Qualifying Dollars (EQD) to AAdvantage elite-qualifying requirements. Qualifying for elite status will happen in 1 of 2 ways:

EQDs will be awarded based on:

With the addition of EQDs, American removes the requirement that 4 segments must be traveled on American or American Eagle during the qualifying year to receive elite status.

Changes Are On The Way For AAdvantage Upgrade Requests

In a win for top-tier AAdvantage members, Executive Platinum status holders will be able to use their complimentary 500-mile eligible upgrades on award tickets when traveling on American, to upgrade from Main Cabin to the next class of service.

There are also changes to the way upgrade requests are prioritized. Later in 2017 (exact date TBD), upgrades will be listed according to a combination of elite status level and your rolling 12-month EQD total. Essentially, the more you have spent with American in the last 12 months and the higher your elite status, the further up the list you will be.

There has been a lot of noise made about American moving from the historic distance-flown model to a revenue-based earning system for its frequent flyer program, but the reality is this was going to happen eventually.

American moving AAdvantage over to a miles-per-dollar spent model will have minimal impact on the majority of AAdvantage's roughly 100,000,000 members, affecting mainly those trying to leverage the distance-based earning model to maximize their returns.

The overhaul of AAdvantage now puts the three U.S. legacy carriers on roughly the same playing field when it comes to their loyalty programs. With less to differentiate between programs, there will be an added emphasis on in-flight and ground services that each carrier provides.

It is easy to focus on the negatives when we see large scale changes to frequent flyer programs, but in this case, the addition of a new elite tier is a real plus, as are the new upgrades for award tickets.

While revenue based models are not always ideal, they are only one part of any well-balanced points and miles collecting strategy, and there is still great value to be found in the AAdvantage program.

5 / 5 ( 1 vote )
Share this:
AwardWallet Tip of The Day
Did you know that if you connect your AwardWallet profile with another AwardWallet user, you can share your accounts with that user? Select the desired accounts and choose Share accounts from the Actions menu. Show me how